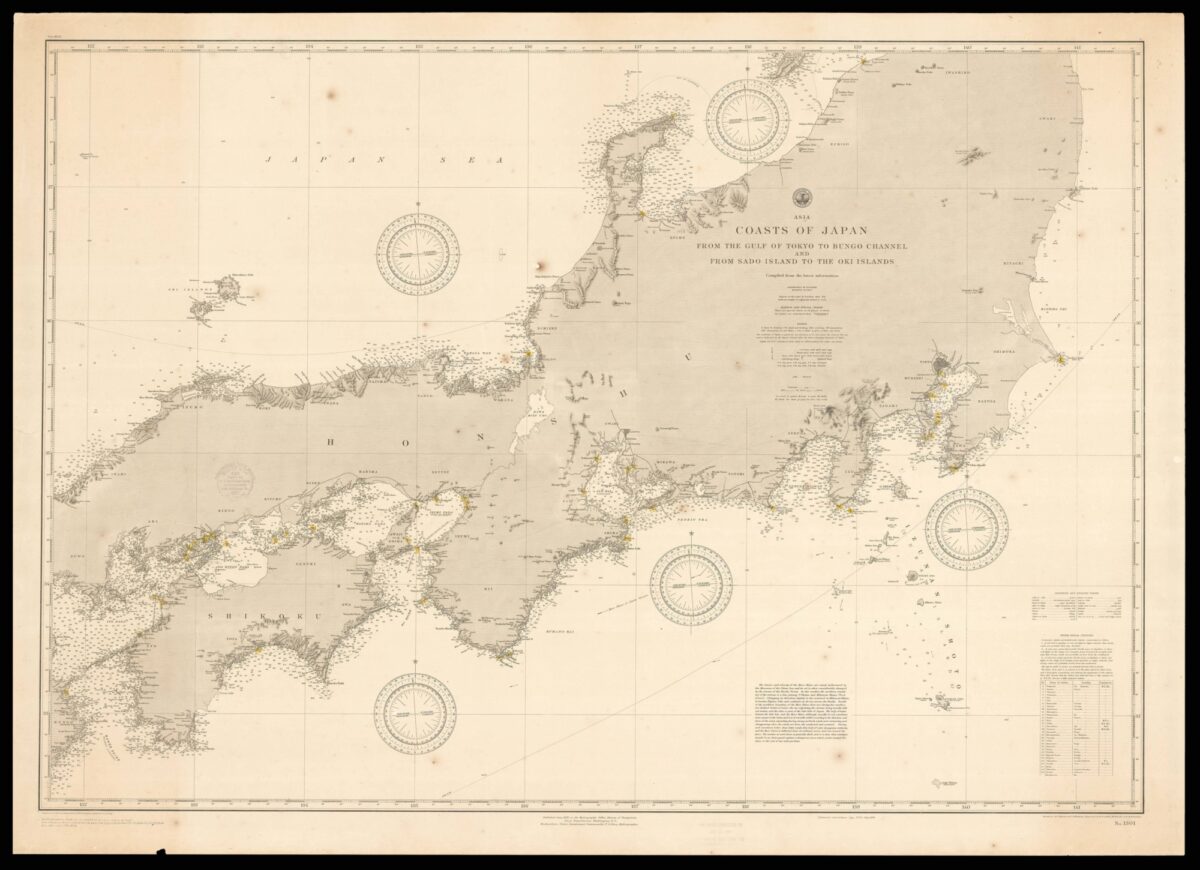 American chart of the gulf of Tokyo

ASIA COASTS OF JAPAN FROM THE GULF OF TOKYO TO BUNGO CHANNEL AND FROM SADO ISLAND TO THE OKI ISLANDS compiled from the latest information.

A naval chart compiled by the American Hydrographic Office, showing most of the coast of Japan’s largest island, Honshu, and the entirety of Shikoku, the second smallest of its main islands. In 1899, an Imperial decree had opened up many of Japan’s ports to foreign trade from the United Kingdom and the United States, and it was therefore essential for ships for British and American ships to be equipped with all the materials and resources needed to chart the waters of Japan. The thousands of islands, ranging from huge land masses to little more than isolated rocks, proved difficult to navigate, particularly because they caused tidal patterns unfamiliar to western sailors. The late nineteenth and early twentieth century therefore saw a sharp increase in the number of charts being produced of Japan. While the American Hydrographic Office did dispatch expeditions to survey the Japanese waters, much of the information shown on the present map was drawn from French, British and Japanese sources. The major cities, ports and harbours along the coast of the various islands are identified by toponym, and the coastal soundings are given in great detail. The yellow paint denotes lighthouses and symbols indicate the presence of buoys. Tables and notes in the lower right corner provide further information about the region, including local signals, wind patterns and Japanese vocabulary. A contemporary stamp on the chart shows that the chart was sold in California by a government-licensed company named ​“Dillon & Co.”.