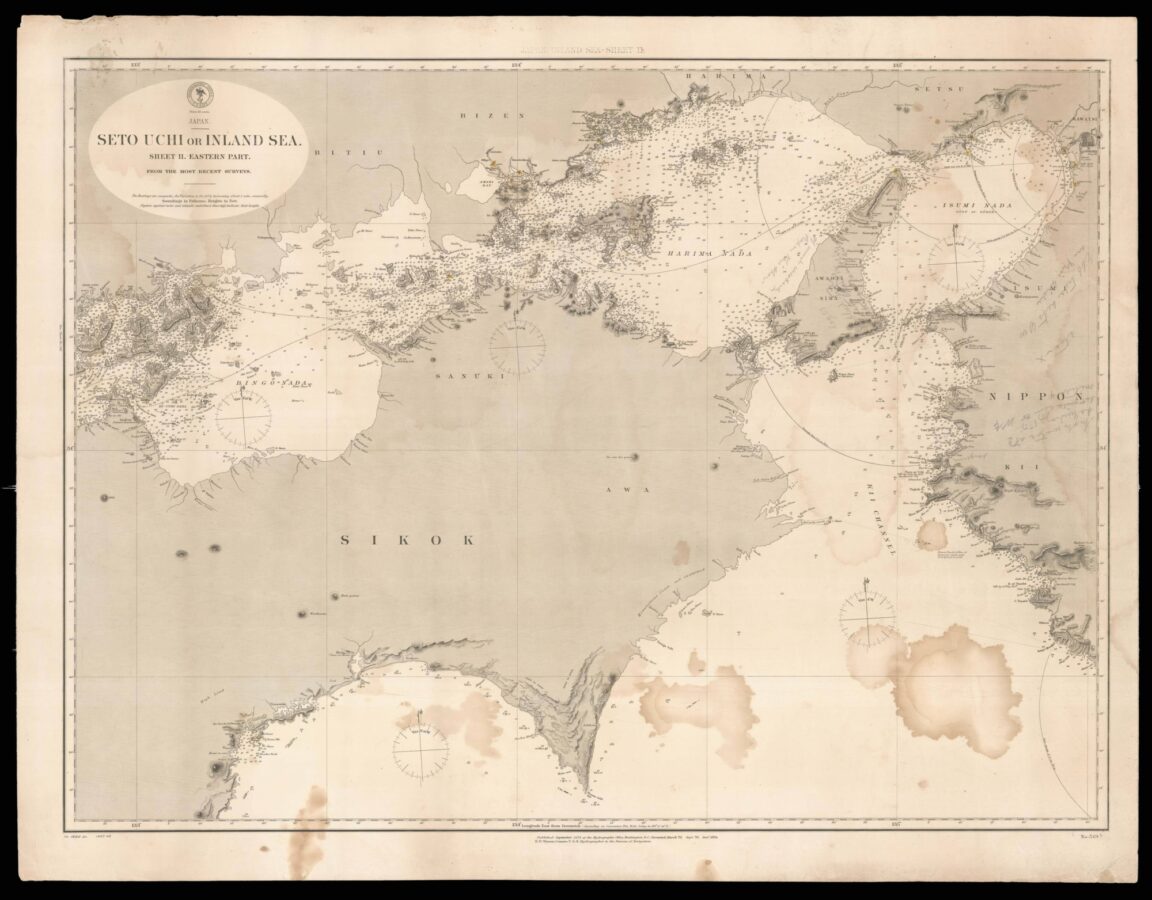 The eastern half of an American hydrographical chart showing Japan’s Inland Sea. The chart focuses on the part of the sea separating the islands of Shikoku and Honshu. The Inland Sea also serves as an arterial thoroughfare connecting the Pacific Ocean to the Sea of Japan, providing important transport links throughout Japan and beyond. For this reason, the region contains a vast number of important ports and harbours, many found in the Bay of Osaka. This area, shown on the right of the chart, had been open to foreign trade for thousands of years, distinguishing it from the rest of Japan, which had been famously hostile to aliens. The chart also illustrates some of the narrowest stretches of the Inland Sea, including the 20km strait between the city of Bizen on Honshu and Marugame on Shikoku, and present the numerous smaller islands found within the waterway. These range from tiny isles, such as Udsi, to larger land masses, for example Awaji, which spans almost the entire distance between Honshu and Shikoku, and is now connected to both via bridges. The chart was produced by the American Hydrographic Office at a time when the United States was beginning to expand its trading routes to encompass the Far East, finding new ways to cross the Pacific more efficiently. These endeavours called for more accurate charts of the perilous Japanese waters, which were particularly dangerous to foreign sailors because of the unfamiliar tidal patterns between the many islands. American expeditions were sent to survey Japan, but charts such as this were also compiled from other navigation materials produced in Britain, France and Japan. The manuscript annotations noting the ​“ebb tide” and ​“high water” in certain areas attests to the practical use of this chart on board an American vessel.