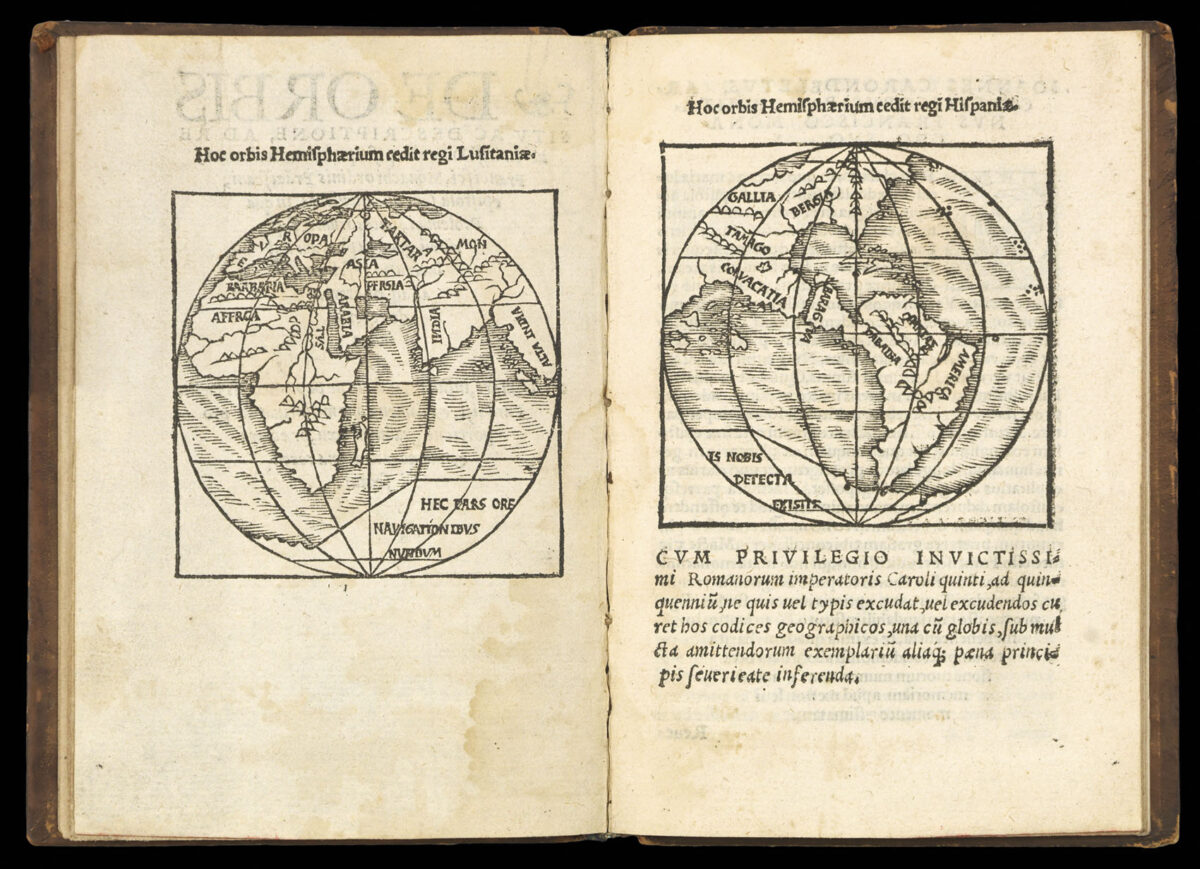 America as part of Asia, and the great southern continent on one of the first twin-hemispherical maps

This somewhat inconspicuous little book contains a twin hemispherical map that is not only one of the earliest extant maps to depict America in the Eastern hemisphere attached to Asia, but is also one of the earliest stereographic projections, further, the map also includes one of the earliest mentions of a ​“Southern Continent”, and is the only surviving record of a lost globe by the great mathematician and geographer Johannes Schöner, former owner of the Martin Waldseemüller wall map ​‘Universalis Cosmographia’, currently housed in the Library of Congress.

In 1527 Francis, a monk of the Franciscan order whose real name seems to have been Francois Le Moyne, and who is said to have been from Malines, wrote this exquisite missive to the most reverend Archbishop of Palermo, describing the globe and its recently discovered lands, seas and islands, and addressing the delusions of Ptolemy and other geographers.

Geography
North and South America are depicted from the Arctic regions to the Strait of Magellan, and westward; with no other break than a narrow strait which severs the Isthmus of Darien [present-day Panama]. But near the equator, the coastline, instead of continuing its course towards the north, is carried westward until the New World is made to merge with Asia.

The small and simple world map is of some importance in the history of American maps, even though it is based upon retrograde notions which are so unexpected and was prompted by motives much more hypothetical than scientific.

Harrisse proposes that Monachus was familiar with, and influenced by, the now lost globe of 1523 by Schöner, which doubtless united at the east, the entire coastline with the seaboards of the Gulf of Mexico, as that was a necessity after joining westward America with Asia. It should be added, however, that Schöner derived the idea of the connection imagined by him to exist between the two worlds, from the account recently published of Magellan’s voyage; while Franciscus Monachus clearly says that the details of the conquest of Mexico just made known, are the source from which he inferred the identity supposed by him to exist between Asia and America.

On the verso of the fourteenth leaf, Monachus presents the following passage: (in translation) ​“Moreover, in the year 1526, a land has been discovered by 0 degrees longitude, and 52 degrees south latitude, which is not inhabited. The other parts of that austral country are yet in the dark.” This is one of the earliest references to a great South Land or ​“Terra Australis“

Both Harrisse and Shirley locate only one extant, undated, example of this work; that of the British Library (BL 568.b.23(1)). In addition to this, we are able to identify the present example and a further, also undated, copy at Jesus College Cambridge. 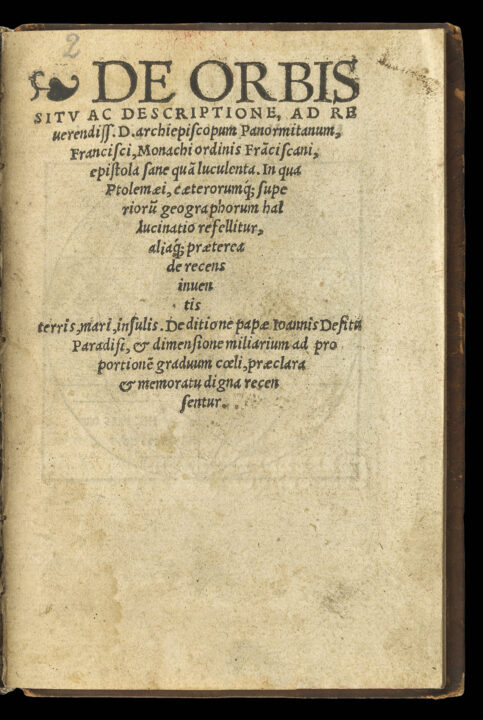