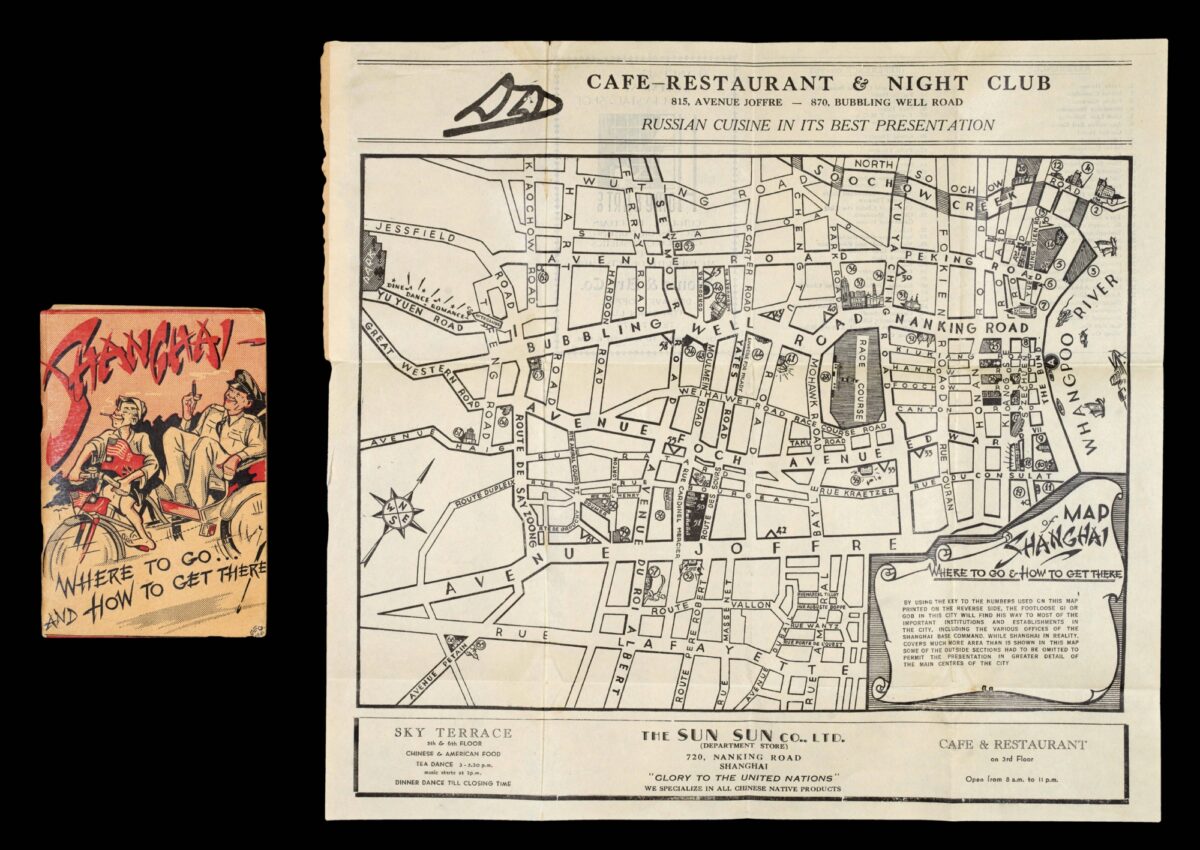 A rare plan showing the central district in the French Settlement in Shanghai, published in 1930s, as a guide for the Allied Armed Forces. Important and entertaining land marks including department stores, banks, apartments, hotels and churches are represented pictorially on the map, these are also numbered, which are listed on the reverse of the map.

The plan prominently depicts the most popular streets in Shanghai in 1930s.

Bubbling Well Road (now West Nanjing Road) shown in the upper section was incorporated into the Settlement in 1899. In 1919 it was the ​‘prettiest road in Shanghai’. Early residents of what became the International Settlement used to walk out for recreation along Bubbling Well Road to the Jing’an Temple. A department store named Sun Sun Co. Ltd advertised in the centre below the map is situated on this road.

Avenue Joffre (now Huaihai Road) was mostly lined with large houses and modern mansion blocks. In the 1920s Avenue Joffre became an enclave of a large community of Russians fleeing the Communist revolution in their homeland, which led to the middle section of the street becoming a commercial centre, lined with European-style shops, cafes and restaurants. Hence the title of the map, and in particular below the title it reads: Russian Cuisine in its best presentation.