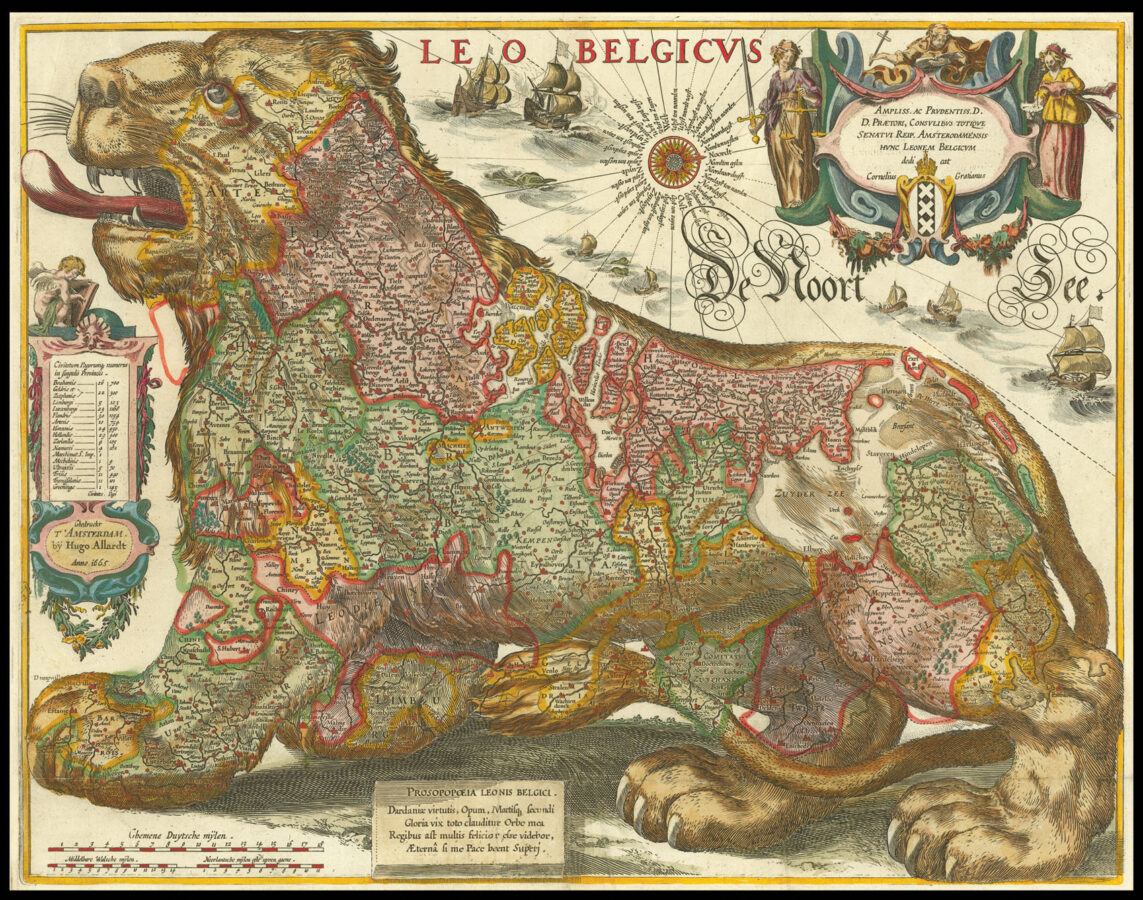 Sixth state of the first plate, with Allard’s imprint inserted.

In 1608, the famed cartographer Hessel Gerritsz published a new version of the Leo Belgicus with the Netherlands orientated with the west at the top. Again the lion’s back follows the coastline, however, this time he is shown walking on all fours (passant), with his head facing south – towards the Spanish threat.

The present map is an example of the so called Allardt (or Allard) version. To the left is a table of towns and villages, to the upper right is an elaborate title cartouche. Below the lion’s feet is a legend that reads:

By the time the present map was published, it had had three careful owners; Gerritsz himself, Cornelius Janszoon, and Jodicus Hondius. It is most probable that Dankerts acquired the plates from the Hondius family at some point during the 1630s. The plate would later by acquired by Hugo Allard who published it in 1665.