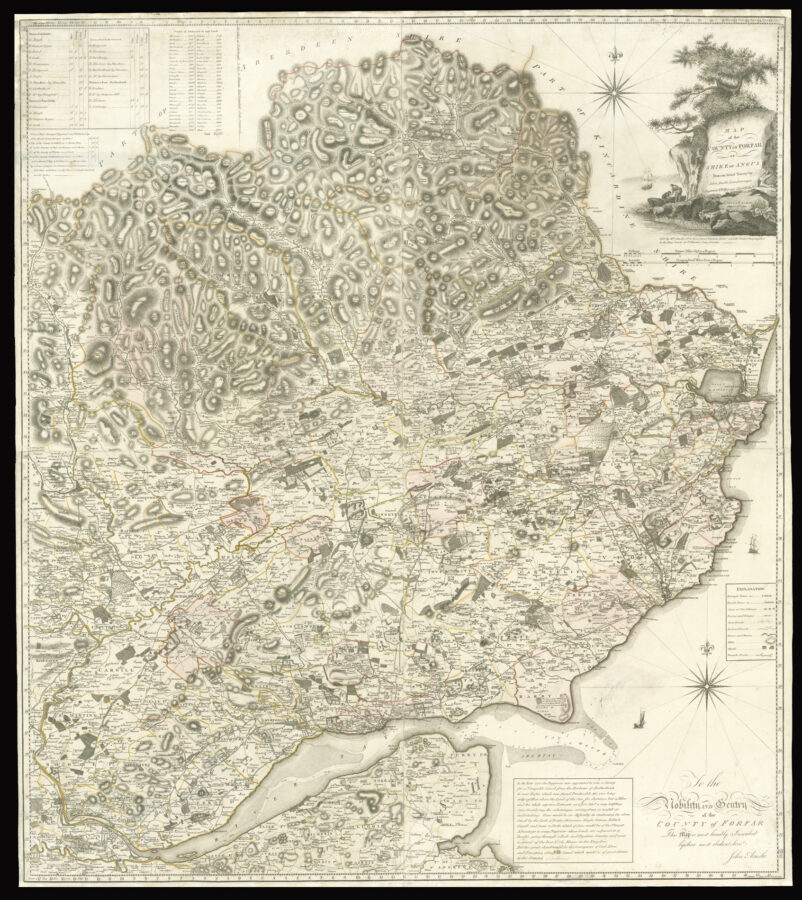 John Ainslie (1745–1828) was, without doubt, the outstanding Scottish cartographer of his generation, producing a vast range of town plans, estate surveys and county and national maps and charts in a very prolific career. He is best remembered for his nine-sheet map of Scotland and his travelling map of Scotland, however, he also surveyed numerous Scottish counties including Selkirk, Fife and Kinross, and Wigton. In 1812, he produced a comprehensive treatise on land surveying based on his practical experience.

The present map of Forfar was drawn and engraved by Ainslie, upon a scale of one inch to one mile. To the upper left of the map is a table giving details of the distances of the principal towns in the county, the number of inhabitants in each parish, and an advertisement for his other large-scale maps. The map itself is superbly detailed and shows borough towns, parish towns, seats and noted houses, farms and cottages, open roads, inclosed roads, rivers, burns, hills, woods, and turnpike roads. Below the map is a short text giving information upon a proposed canal from Arbroath (Aberbrothock) to Forfar. The surveying was undertaken by Robert Whitworth in 1788, who estimated the cost of the canal to be £17,778. The survey was review but Robert Stevenson in 1818, and eventually rejected in 1825 in favour of the construction of a railway line.

Scale one inch to one statute mile. 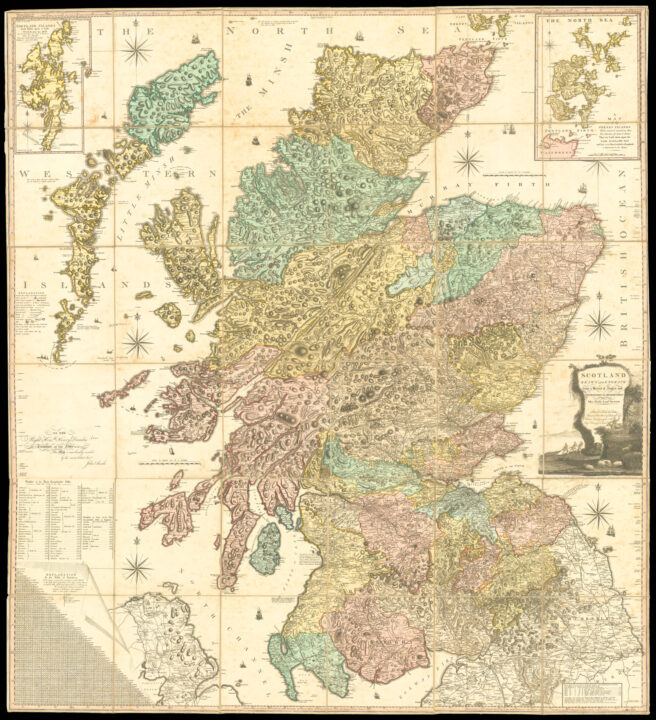