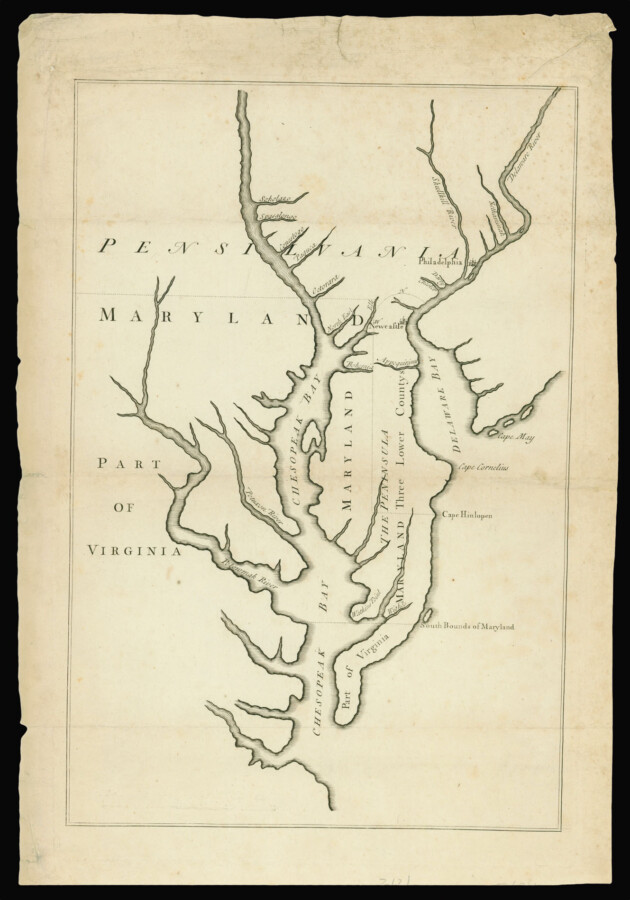 True Copies of: I. The Agreement between Lord Baltimore and Messieurs Penn, dated 10 May 1732. II. The Commissions … to mark out the Lines between Maryland, and Pensilvania and the Three Lower Counties on Delaware. III. The Return or Report of the Commissioners on both Sides, made 24 Nov. 1733

First state of the rare map, with the scale of miles imperfectly erased from the plate, and still visible – the earliest printing of this map after the proof.

Fewer than ten copies of this first printed edition of the agreement are known with the map, preceded by six manuscript copies written on vellum, executed after the ​“Articles” were agreed in London on May 10th, 1732, of which only three copies are known.

The key agreement – including the controversial map – that ultimately ended the Penn-Calvert family dispute, and set the groundwork for the Mason and Dixon Line Survey of 1763–67. The map was created by Londoner John Senex to accompany manuscript copies of the May 10, 1732 Articles of Agreement, the landmark settlement to the then 50-year old dispute over several boundaries between Pennsylvania and Maryland.

To support the Penn claim, the family had ​“True Copies” – composed of the 1732 Articles along with a report of 1733 – printed and distributed along with the map. Soon after the agreement, however, Lord Baltimore learned that Senex’s map was based on the inaccurate ​“Novi Belgii” map by Nicholas Visscher (ca. 1651–56), which placed Cape Henlopen (‘Disappearing Cape’ in Dutch) about 25 miles farther south than in reality. Calvert thus refused to honor the treaty. As this point was a main boundary in the Agreement and subsequent surveys, the Calvert family stood to lose a considerable amount of land on the east coast of the Delmarva Peninsula, now part of Delaware.

In 1750, the English Chancellor overruled Calvert’s appeal, and forced him to comply with the 1732 Agreement. Thus, this map became the basis for the Mason and Dixon Line Survey of 1763–67, and the present borders between Maryland, Pennsylvania, and Delaware. The map appeared in other variants. The formal contract employing Charles Mason & Jeremiah Dixon included an inset copy, and Benjamin Franklin produced a woodcut version.

Any copy of the agreement or the map is exceedingly rare. 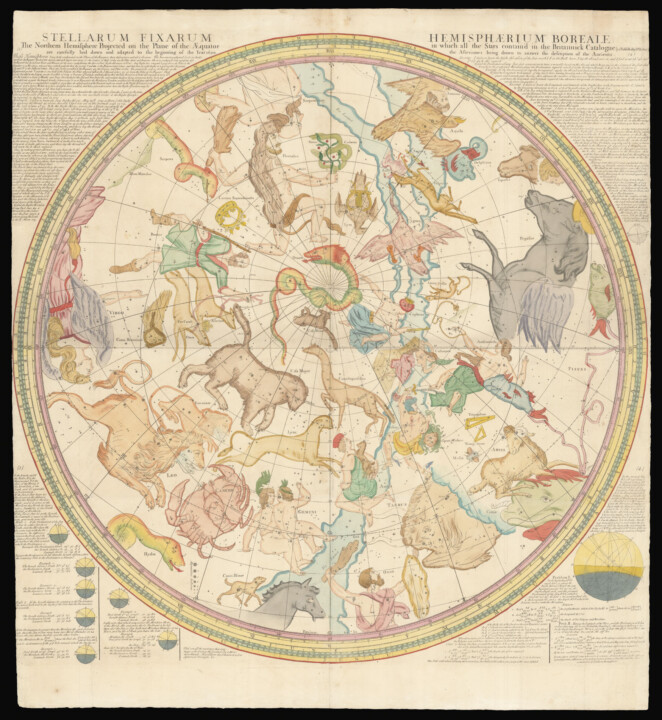