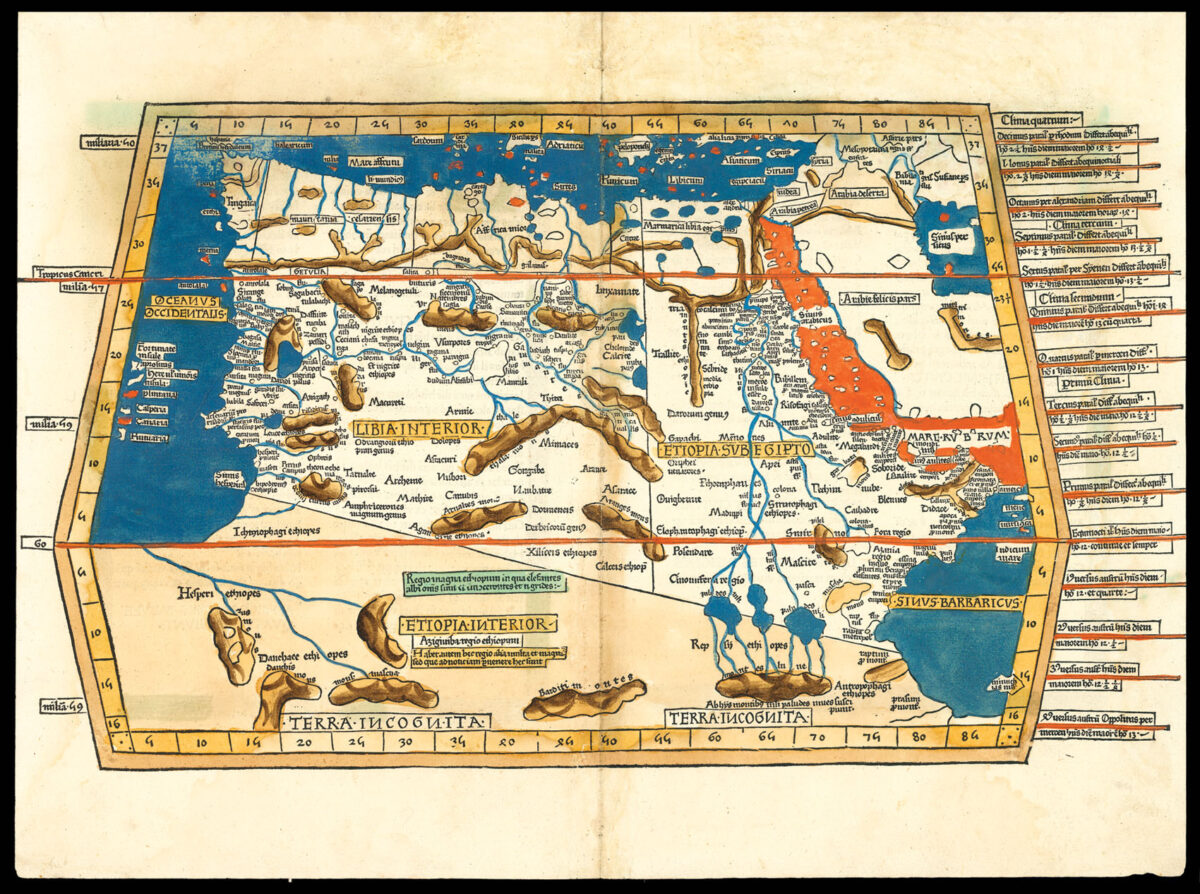 This striking map of Africa depicts the continent as envisaged by the second century A.D, cartographer Claudius Ptolemaeus. To the north is the Mediterranean Sea populated by numerous islands. North Africa has been divided into three parts: ​“Libia Interior” to the west; ​“Etiopia Sub Egipto” to the east; and ​“Etiopia Interior” to the South. The bottom of the map is marked ​“Terra Incognita”. The Nile is depicted being fed by three lakes, which in turn get their water from the ​“montes lunae” (Mountains of the Moon). The Red Sea is named and rendered in vivid red. To the east of the map the Arabian Peninsular is depicted and named ​“Arabie felicis pars”. To the bottom right is a landlocked India Sea.