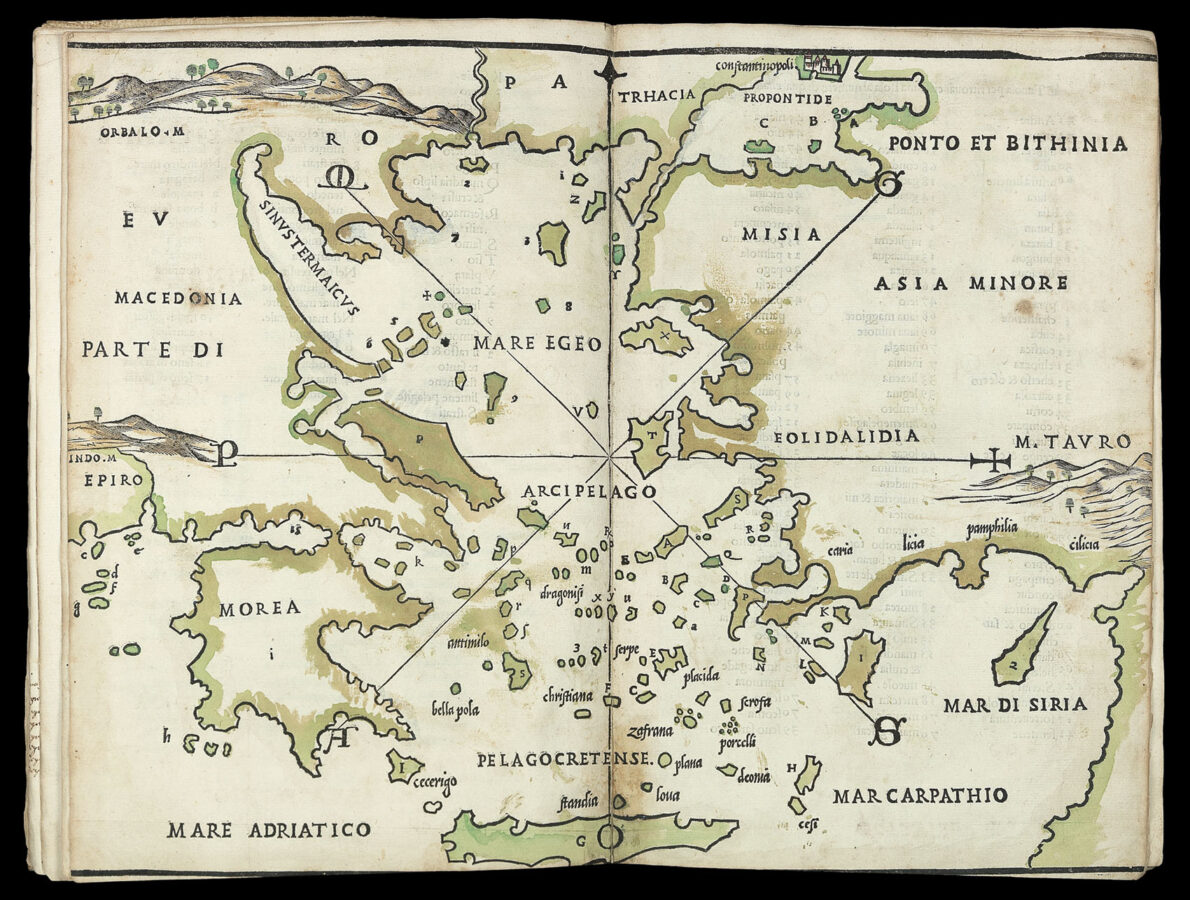 [Untitled map of the Aegean Sea]

Bordone’s map of the Aegean Sea, showing the bordering countries: Greece, Macedonia and Turkey. Istanbul (Constantinople) is the only city portrayed as well as named, next to the Sea of Marmara. The islands of Crete and Rhodes are shown but not named in the south.