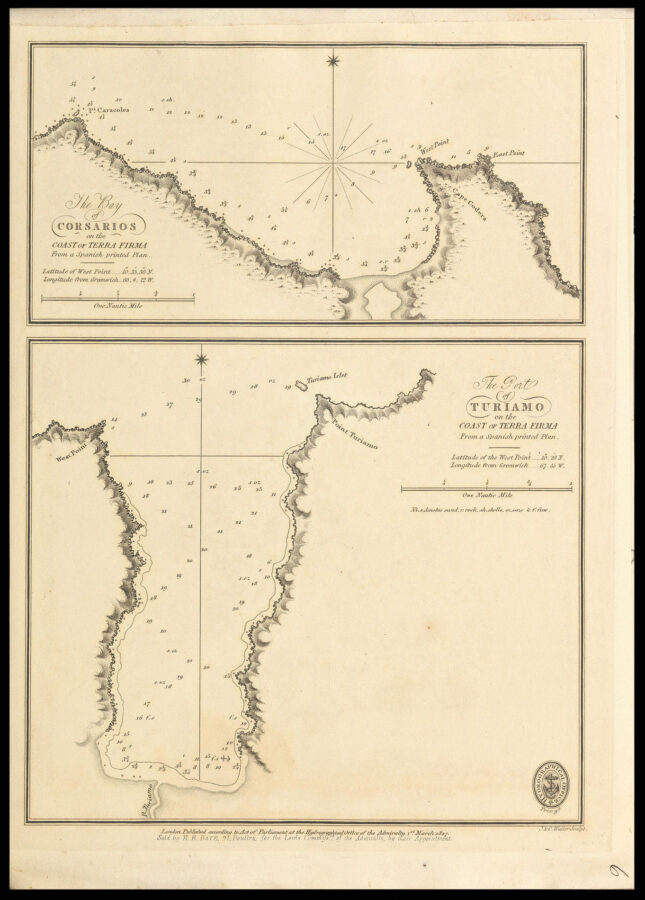 Five rare Admiralty charts of the coast of Venezuela.

Some of the charts’ titles state that they were copied from a ​‘Spanish printed Plan’, referring to the ​‘Portulano de la America Setentrional’, a work published by the Spanish Admiralty in 1809, and containing 111 charts of the Caribbean and Gulf of Mexico. A second edition of the pilot was published in 1818 with 121 charts. 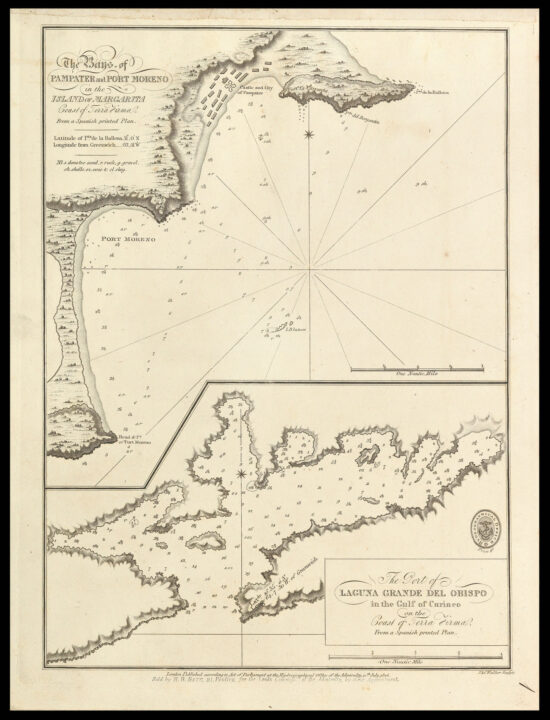 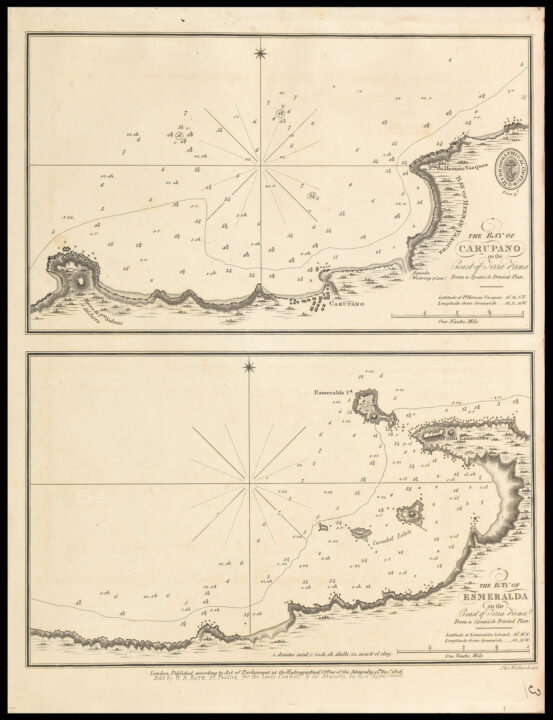 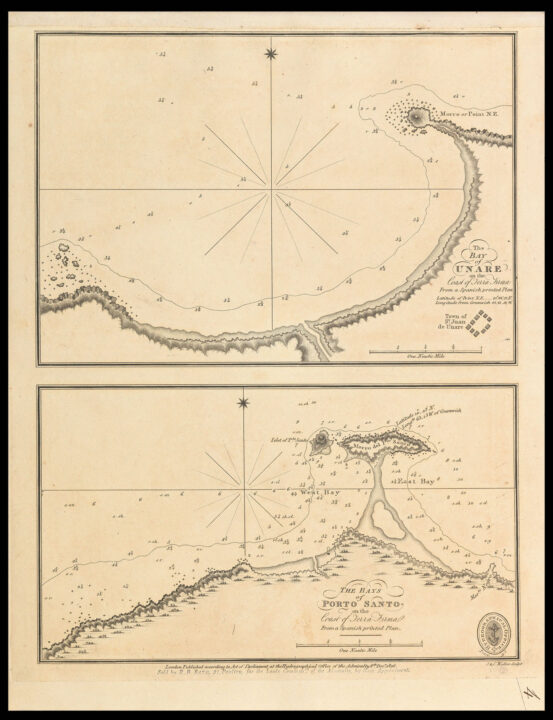 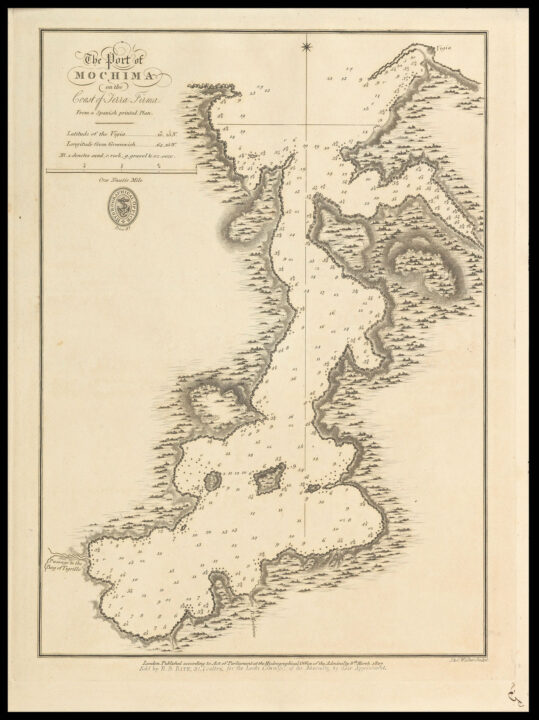