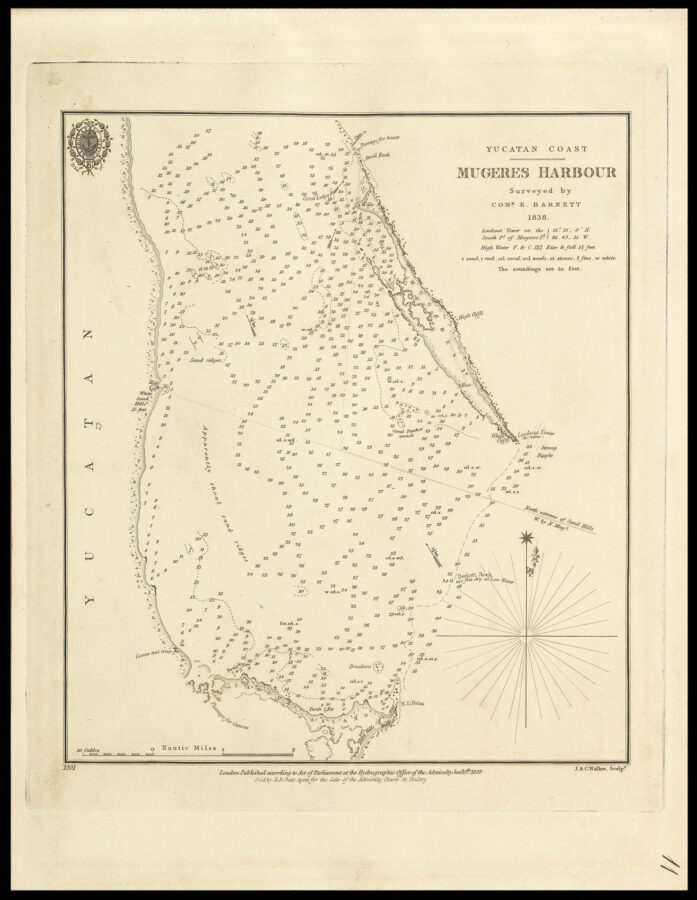 Admiralty charts of the Yucatan coast

A pair of rare Admiralty charts of the Yucatan coast.

Edward Barnett (1799–1879) entered the Royal Navy in 1811, quite probably before his twelfth birthday. He rose steadily through the ranks, retiring as an Admiral in 1877. Barnett worked in the Hydrographic Department from 1830 to 1833, before venturing into service in the Americas between 1835 and 1846. During this time, he led the survey of the Coast of Central America and the Bahamas, first aboard the Jackdaw, which was lost on an uncharted reef off Old Providence, and later as the Commander of the Lark and the Thunder. 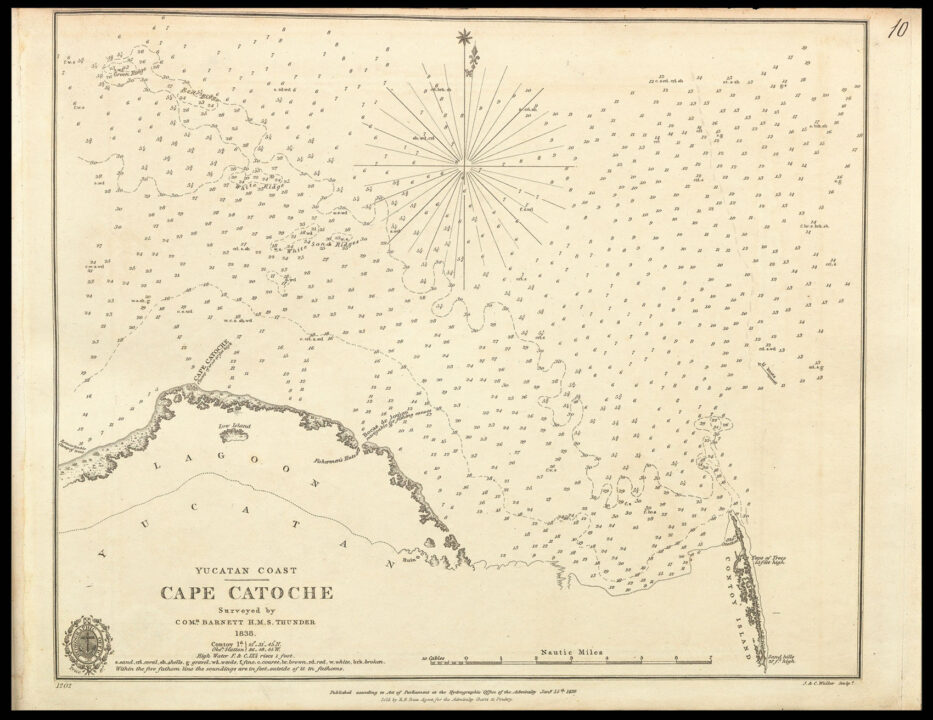