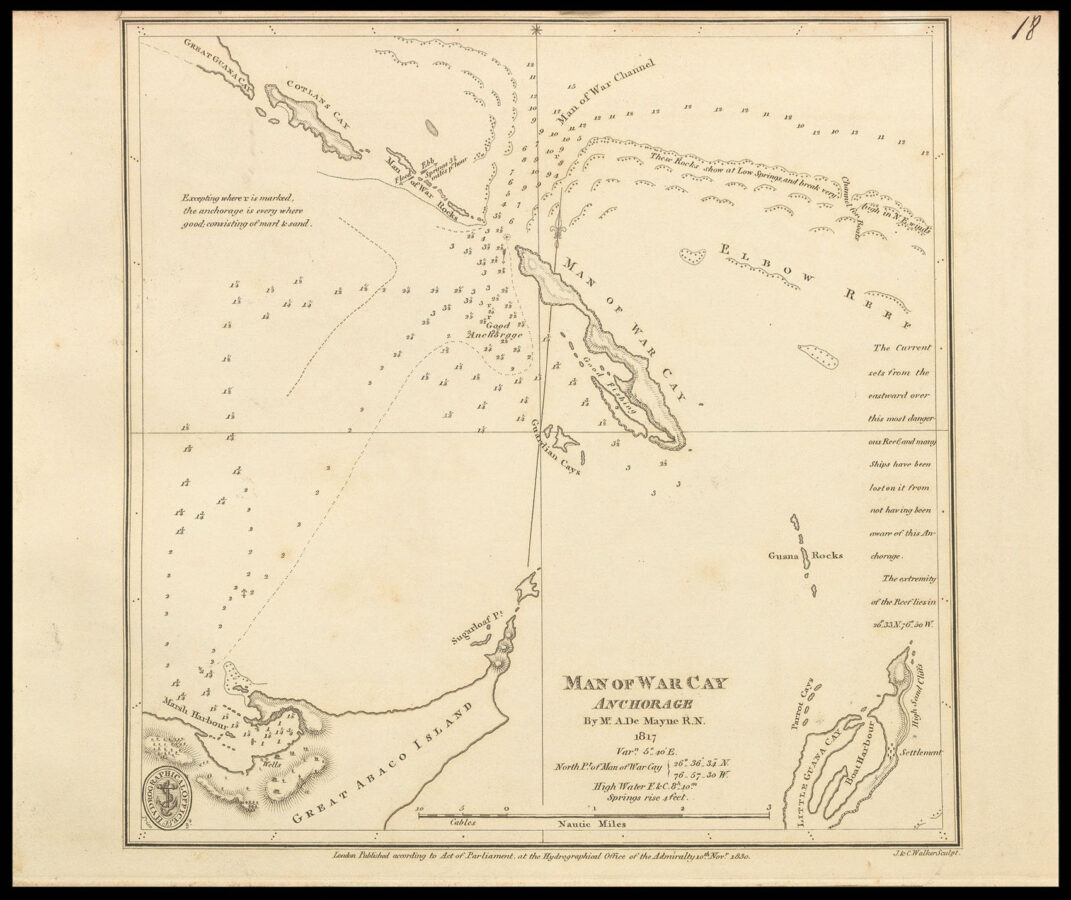 Admiralty charts of the Bahamas

The surveys for these charts was carried out by Admiralty surveyor Anthony de Mayne (fl.1815–28), aboard HMS Landrail. He would later become Master of H.M.S. Kangaroo, a survey brig purchased in 1818 in the West Indies. Re-rigged as a ship in 1823 and wrecked off Cuba in 1828. De Mayne was court-martialed for the loss the ship, but was later restored to his post. He was evidently well respected as Captain William Steetz in ​‘Instruction Nautique sur Les Passages a L’Ile de Cuba et au Golfe du Mexique…’, 1825, singles him out for particular praise. 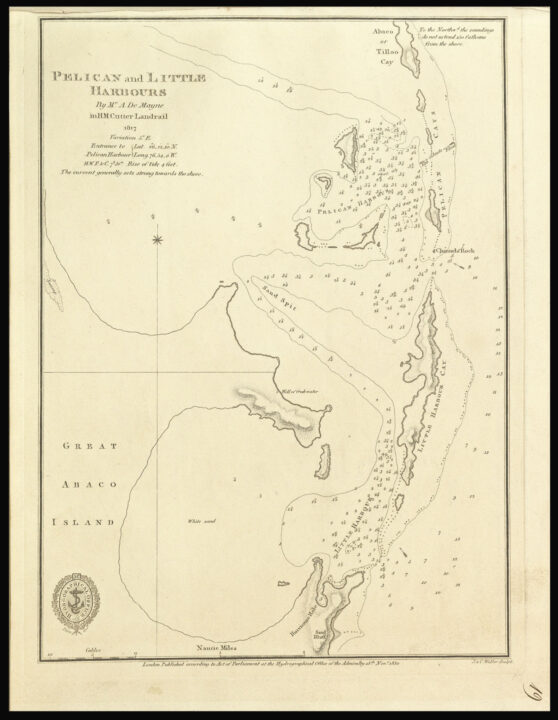 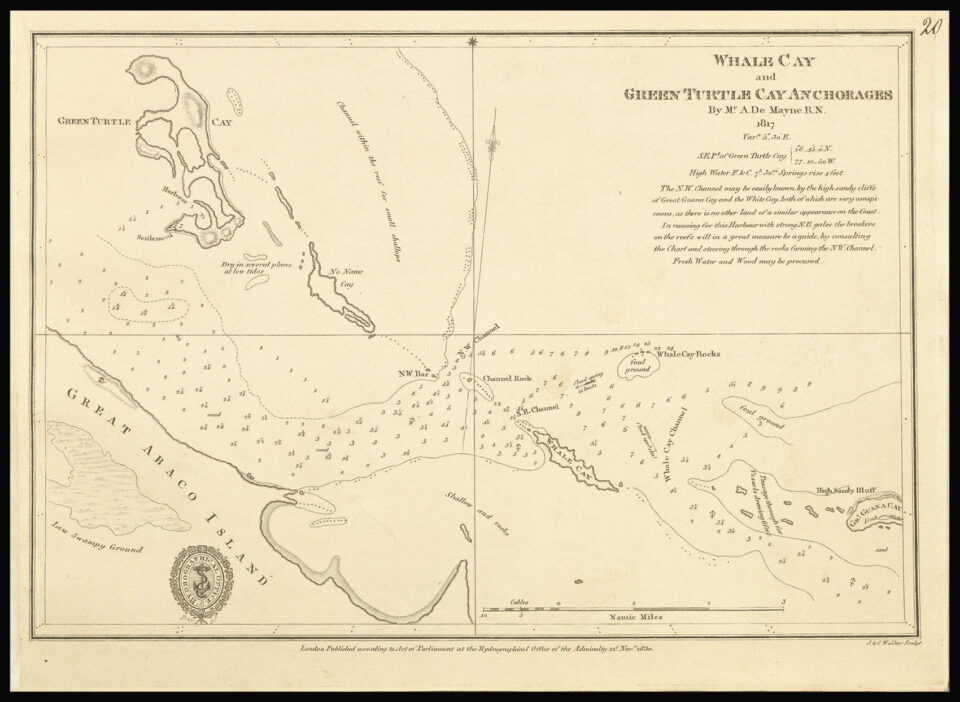 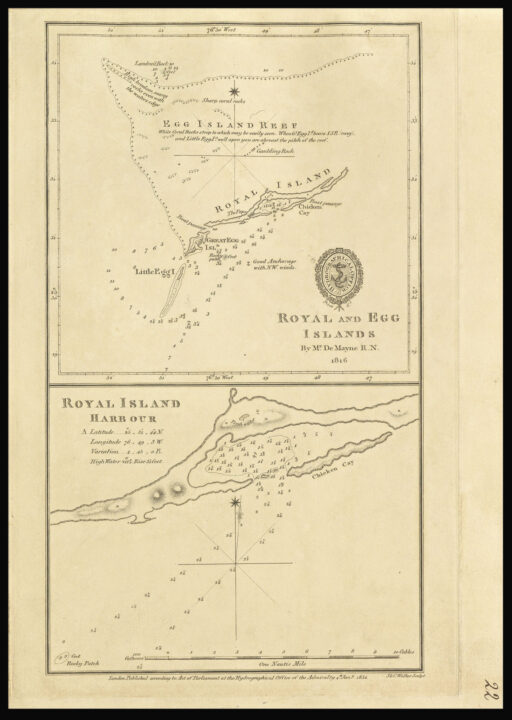