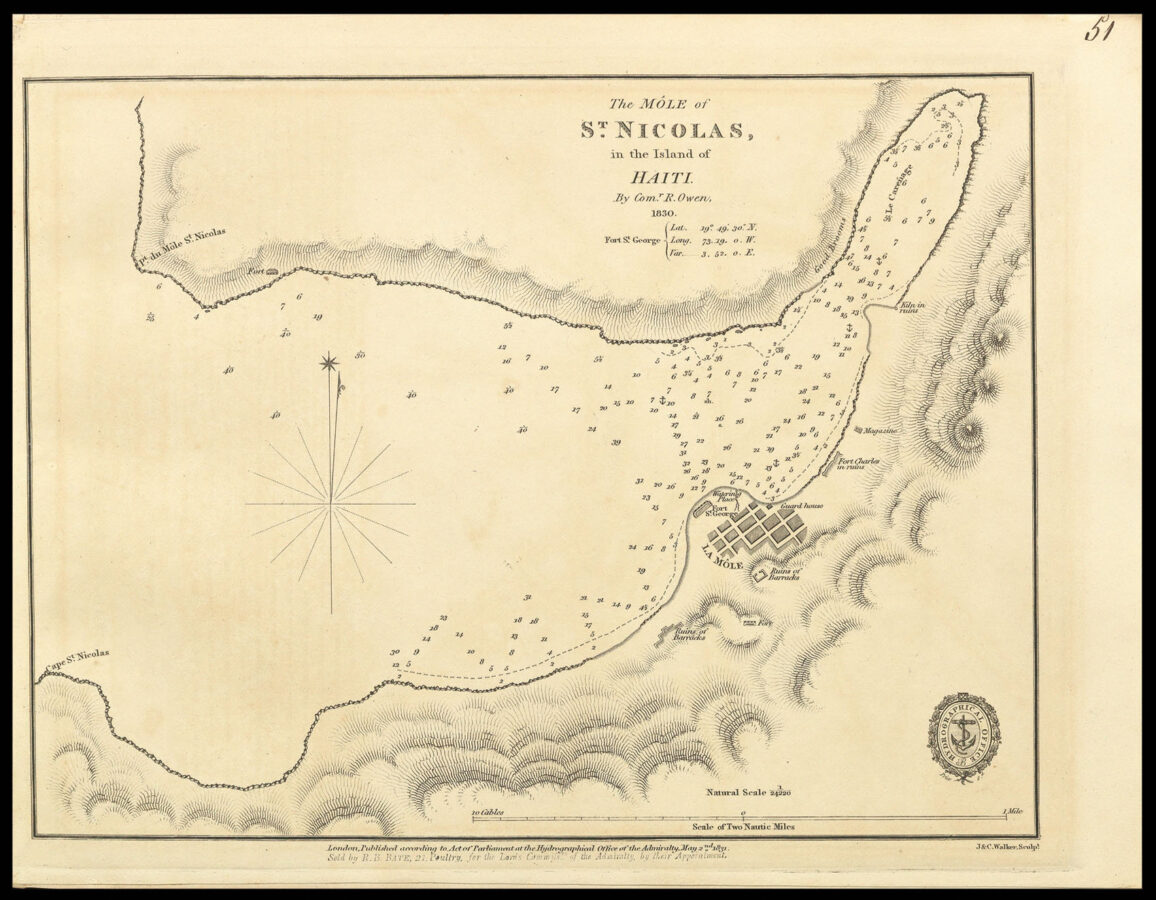 Admiralty charts of Haiti and the Dominican Republic

Collection of rare Admiralty charts of Haiti and the Dominican Republic.

The survey of the island was carried out by Commander Richard Owen, aboard H.M.S. Blossom. The Blossom was a 18-gun Cormorant-class sloop-of-war. She was built in 1806 and is best known for the 1825–1828 expedition under Captain Beechey to the Pacific Ocean. She explored as far north as Point Barrow, Alaska, the furthest point into the Arctic any non-Inuit had been at the time. She was finally broken up in 1848. 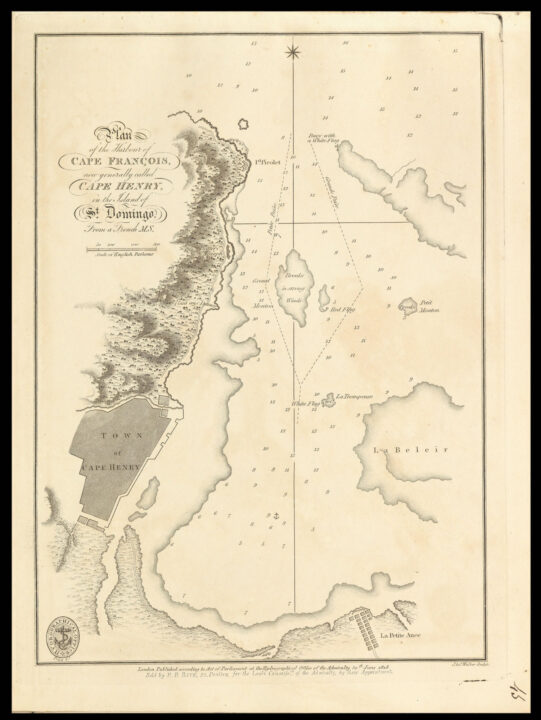 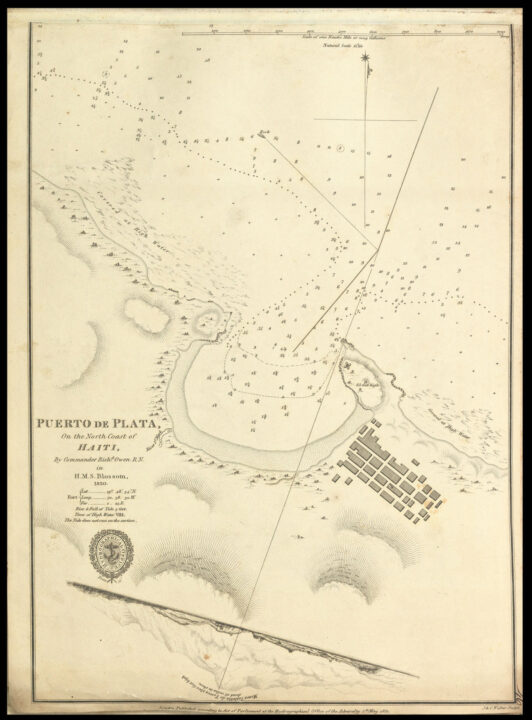 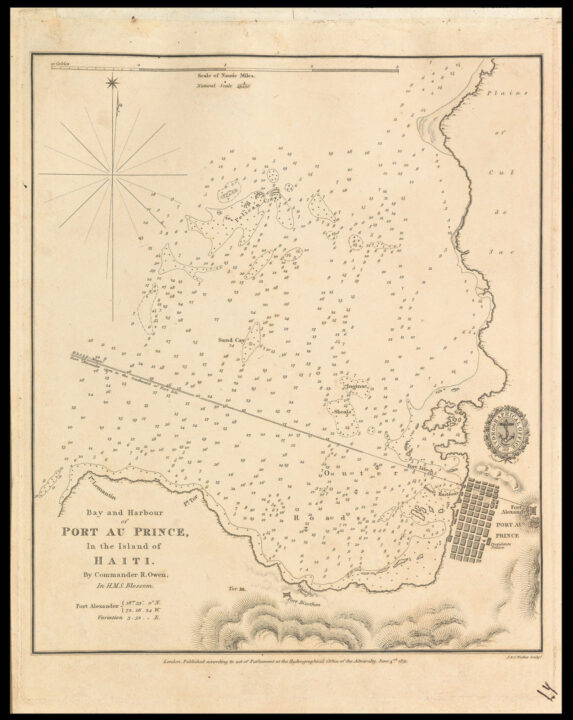 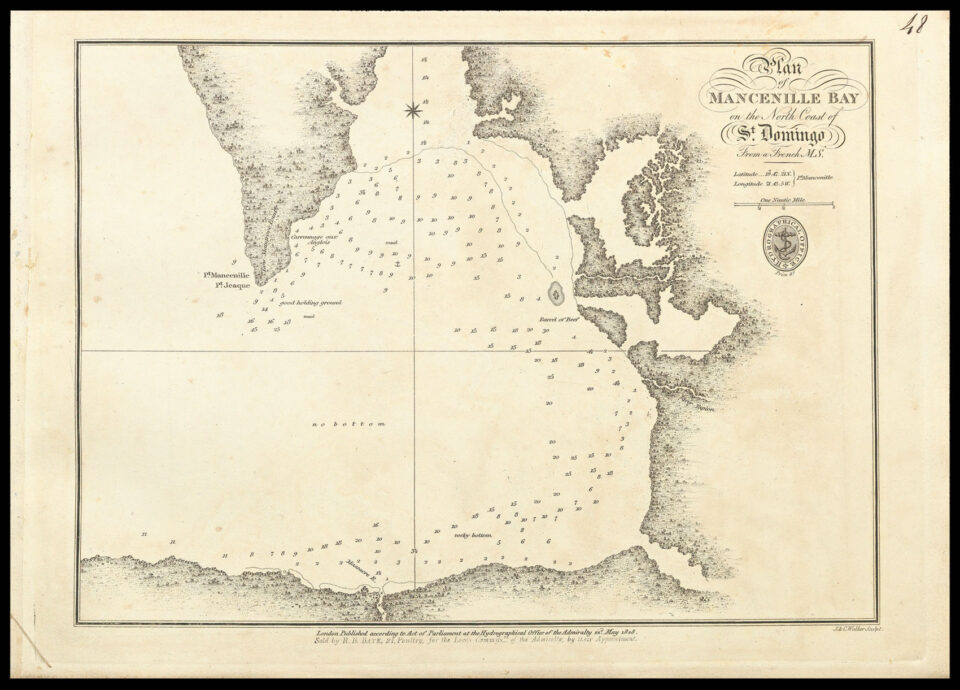 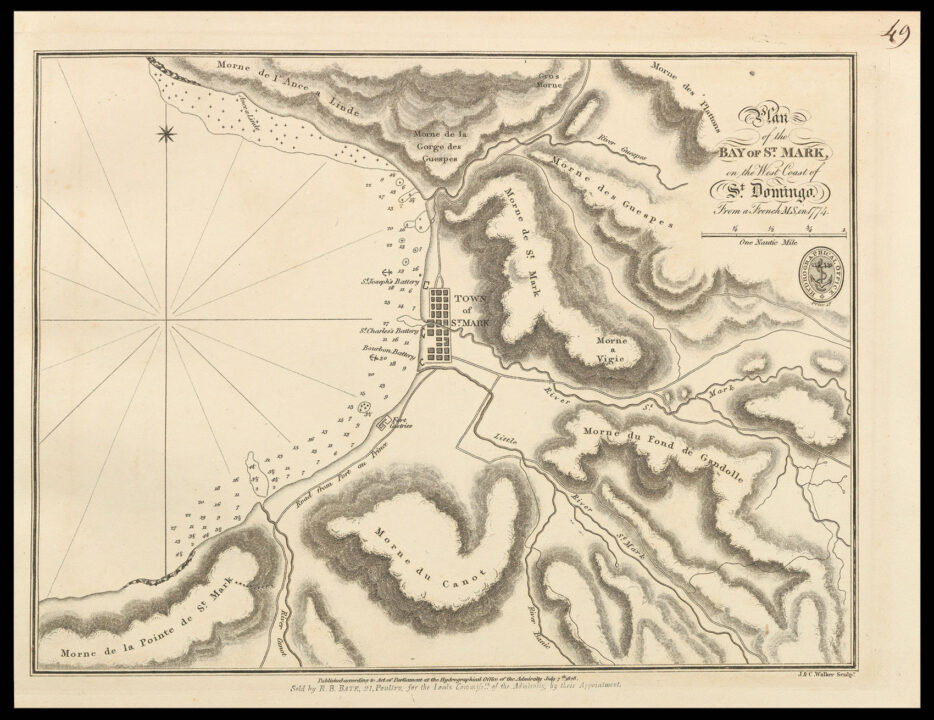 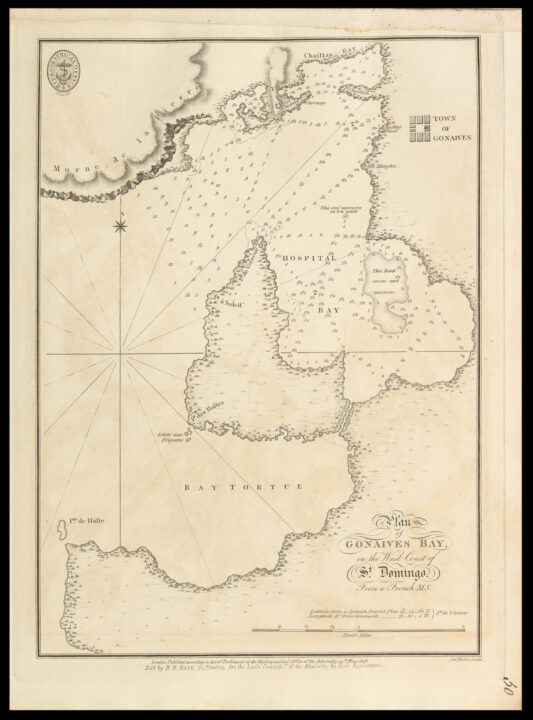 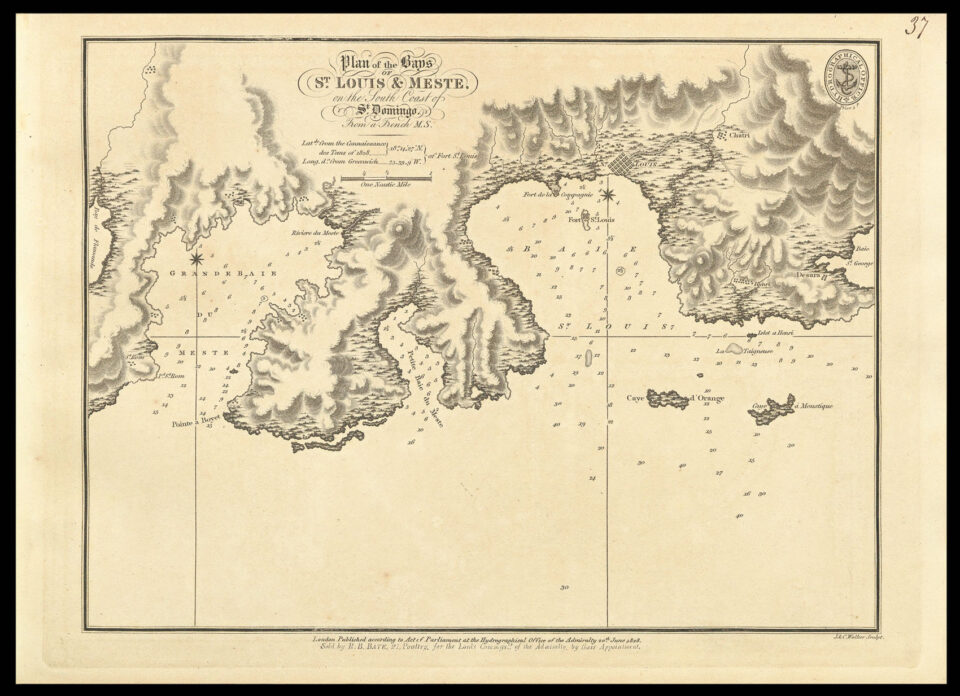 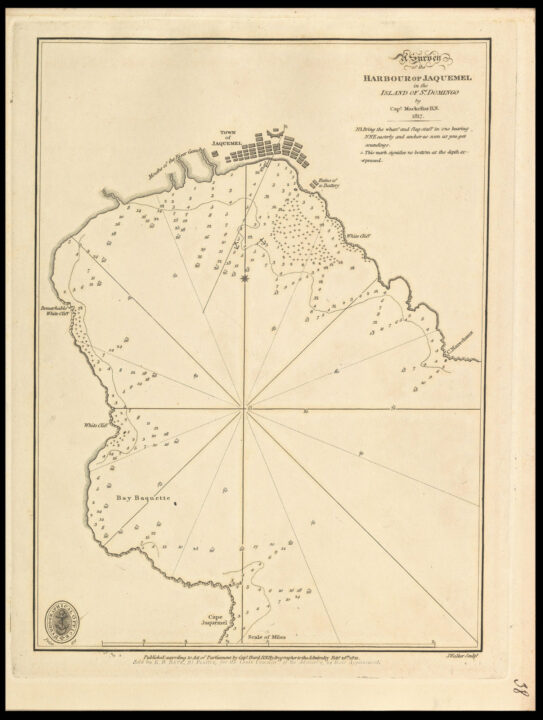 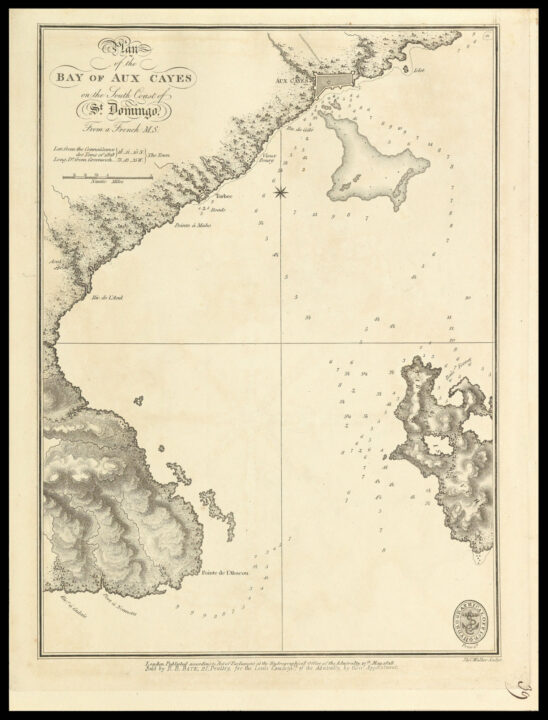 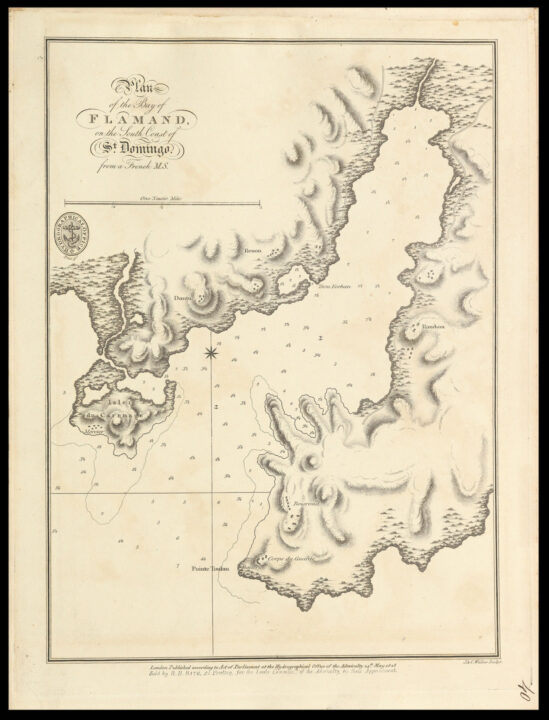 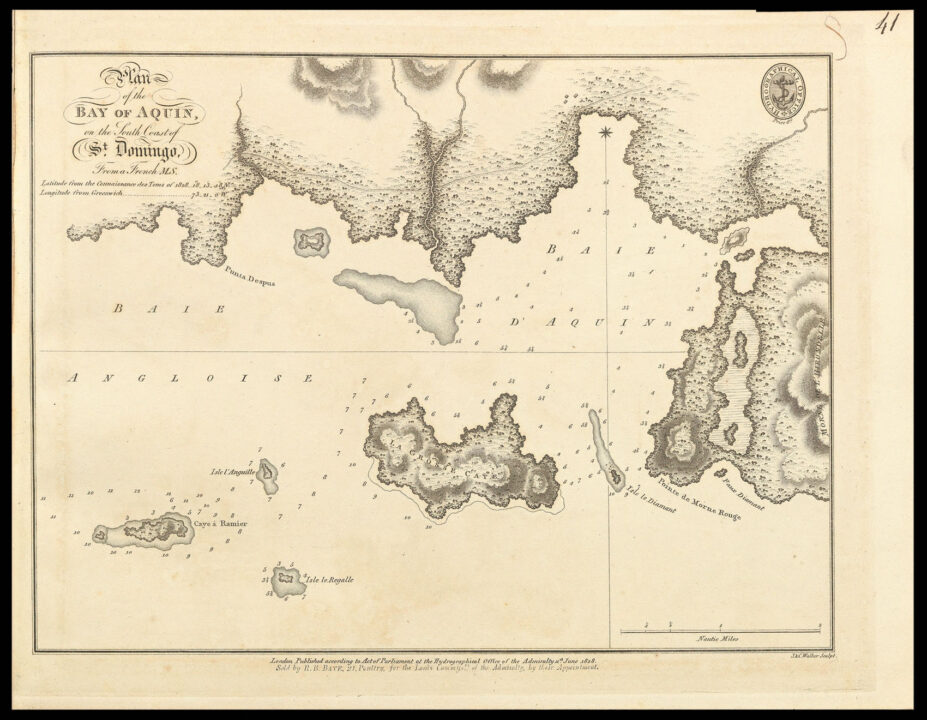 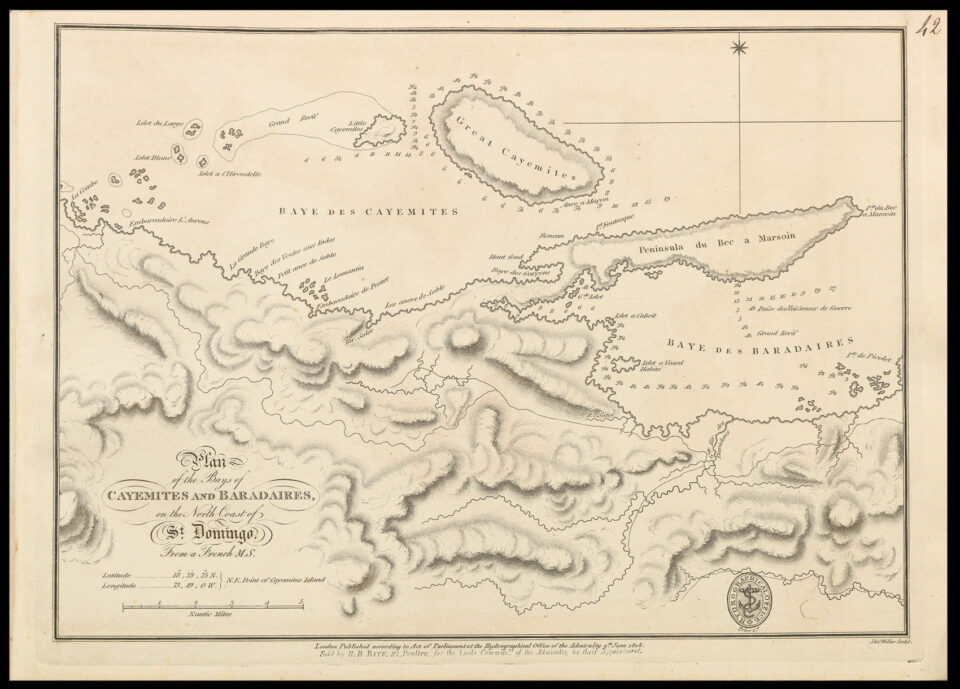 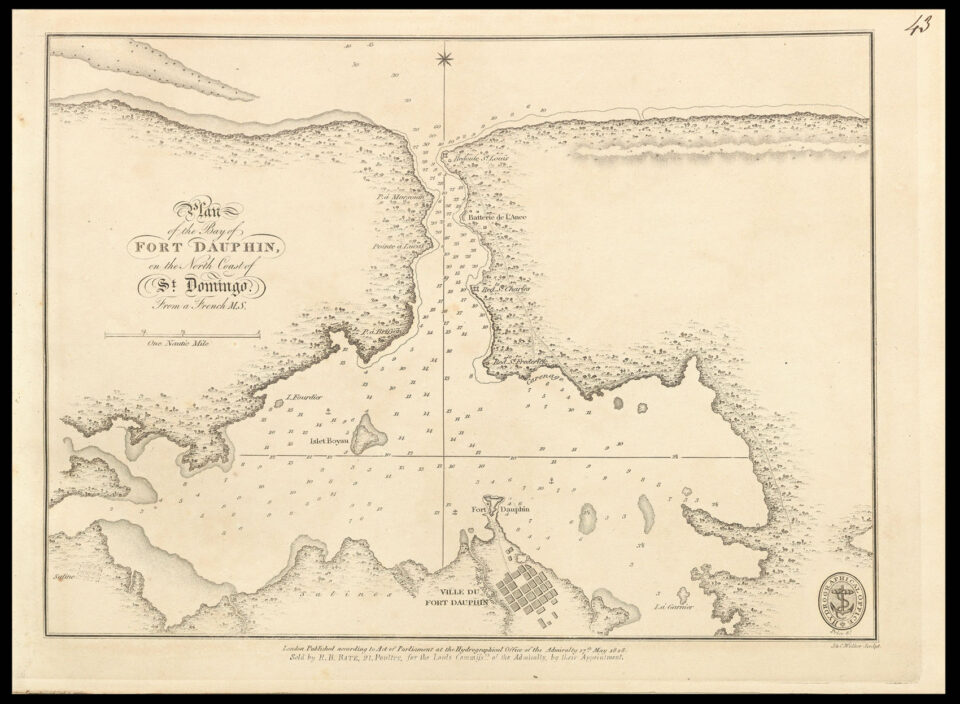 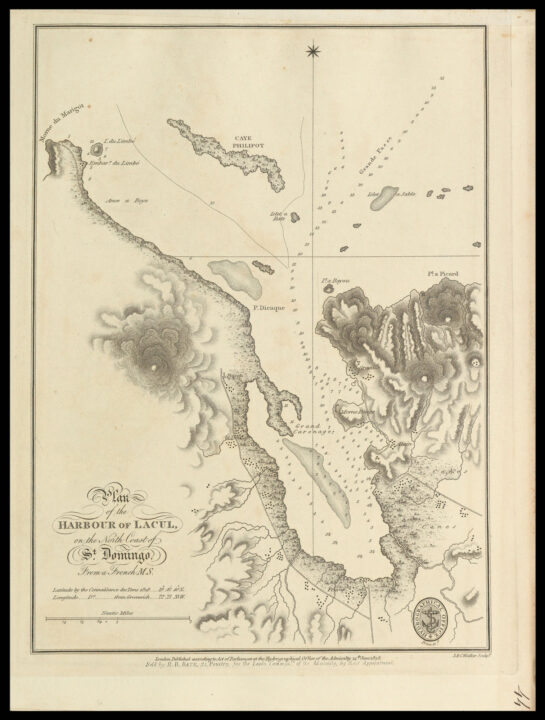