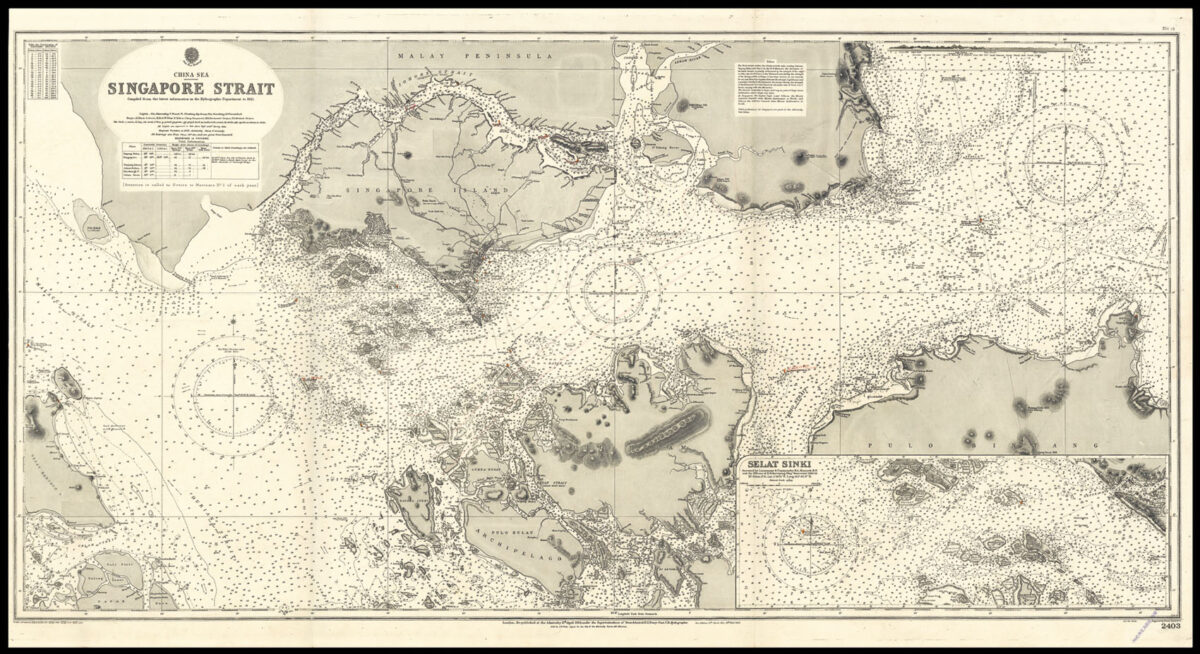 China Sea. Singapore Strait Compiled from the Latest Information in the Hydrographic Department to 1921.

Detailed chart of the Straits of Singapore.

Singapore was at the time undergoing significant dock and naval works in order to counter the increasingly ambitious Japanese Empire. The works — completed in 1939 at the cost some $500,000 — boasted the largest dry dock in the world, the third largest wet dock, and enough fuel tanks to support the entire Royal Navy for six months. The city was protected from naval attack by Royal Naval 15 inch guns and a Royal Air Force squadron based at Tenagh Air Base. Churchill was proud enough of its fortifications to boast of it as the ​“Gibraltar of the East”. However, pride often comes before a fall and on the 15th February 1942, after just 15 days of fighting Singapore was under Japanese control. Some 130,000 allied troops were taken prisoner; Churchill called it the ​“worst disaster and largest capitulation in British history”.