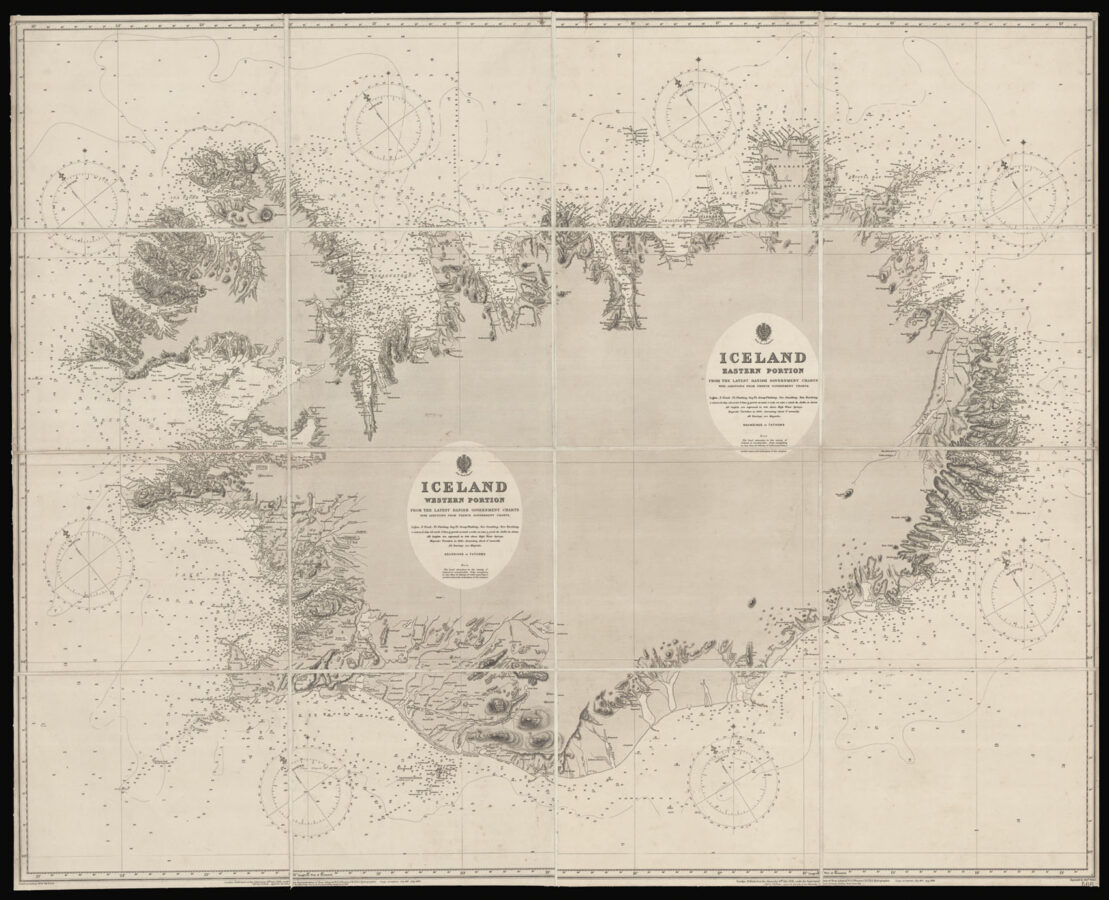 A large chart of Iceland’s coast and surrounding waters, including mountains and rivers closest to the coast. The title notes that: ​‘The local attraction in the vicinity of Iceland is considerable. Ships navigating in less than 50 fathoms of waters must keep a careful watch on the direction of the compass.‘

The chart was published under the supervision of Rear Admiral W. J. L. Wharton, Hydrographer of the Navy from 1885 and rear-admiral from 1895. Wharton wrote ​‘Hydrographical Surveying, a description of means and methods employed in constructing marine charts’, in an attempt to gather the latest and less out-of-date methods of nautical surveying.