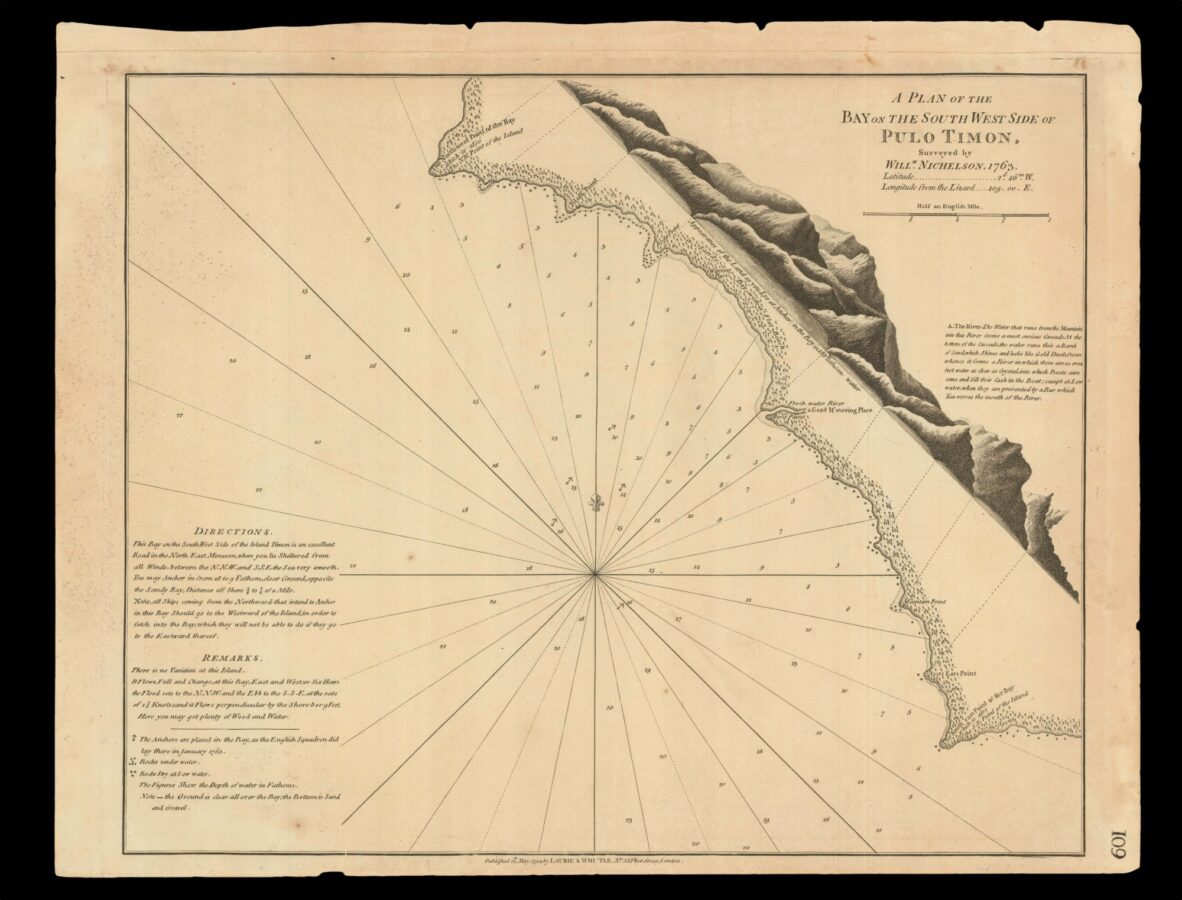 A vital source of fresh water

A Plan of the Bay on the Southwest Side of Pulo Timon Surveyed by Will.m Nichelson, 1763

A chart of Nipah Bay, on the southwest coast of Tioman island off the east coast of the Malay Peninsula, based on the surveys of Captain Nichelsen made aboard the ​‘Elizabeth’ during his voyage to the East Indies between 1758 and 1764. It was first published by Robert Sayer and John Bennett in their ​‘Oriental Pilot’ (1778).

The chart clearly shows the location of the ​“Fresh Water River a Good Watering Place”, and the island was important to all vessels in the area for that reason, and also, as the ​“Directions” note, because: ​“This Bay on the SouthWest Side of the Island Timon is an excellent Road in the North East Monsoon, where you lie Sheltered from all Winds, between the N.N.W. and S.S.E. the Sea very smooth. You may Anchor in from 18 to 9 Fathom, clear Ground, opposite the Sandy Bay”. The remarks share very detailed information about how to successfully approach the Bay and anchor there, which is further illustrated in the very large and detailed coastal profile that extends the length of the charted coastline.

The chart is from an early edition of Laurie & Whittle’s rare ​‘East India Pilot’, and one of the first charts published after their purchase of Robert’s Sayer’s business. Laurie & Whittle’s ​‘East India Pilot’ was published as a practical guide to navigators aboard ships of the Royal Navy and East Indiamen, and often taken to sea, and this chart appears to be no exception, as it is gently waterstained. All variants of Laurie and Whittle’s ​‘Oriental’ pilots of eastern waters are scarce, and were published under several titles, each with a different complement of charts. Variants include: ​‘The Country Trade East-India Pilot, for the Navigation of the East-Indies and Oriental Seas, within the limits of the East-India Company’, ​‘The Complete East-India Pilot, or Oriental Navigator’, ​‘The East-India Pilot, or Oriental Navigator’, and ​‘The Oriental Pilot; Or, East-India Directory’ focusing on the most important charts used for the journey. 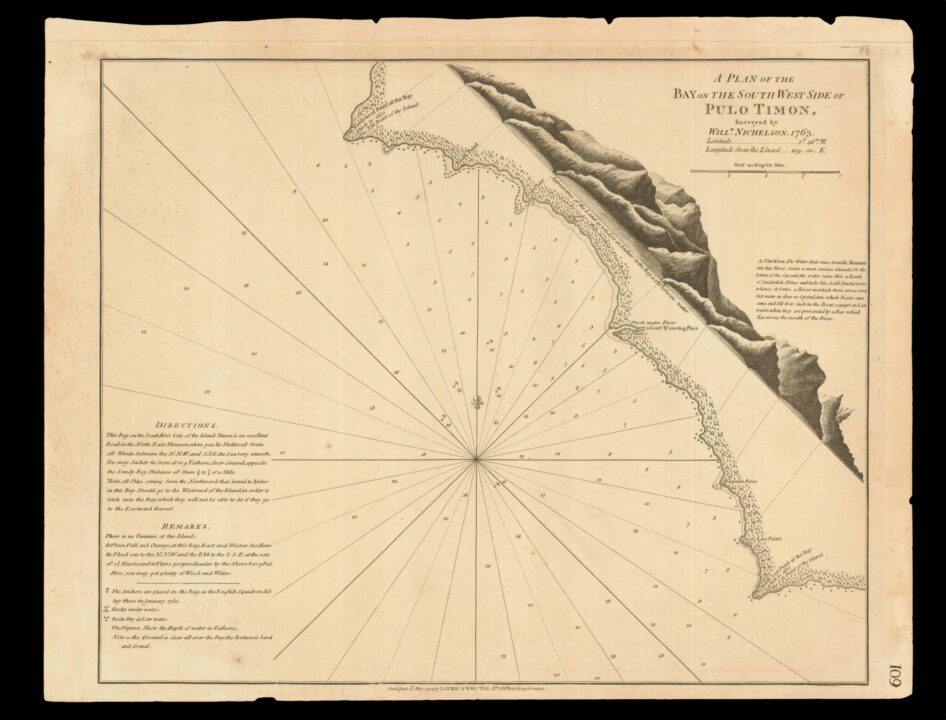