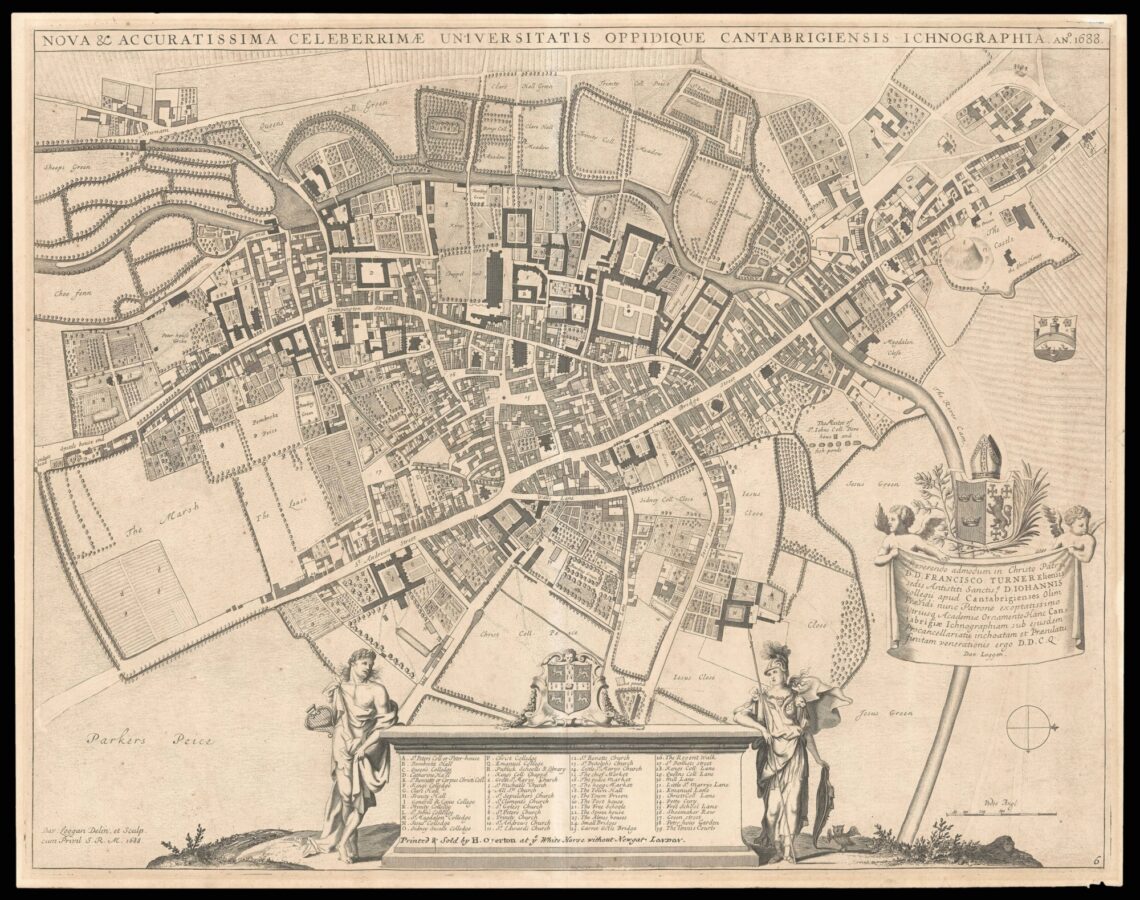 David Loggan (1634–1692) was originally of Anglo-Scottish heritage, but lived in Gdansk for the first two decades of his life. He trained there under Willem Hondius and under Crispijn van de Passe in Amsterdam. He moved to England around 1657 and became engraver to Oxford University. He sold a printing press to the university, and was also commissioned to produced title pages and plates for books produced by the tutors, as well as a book on academic robes. His work at Oxford culminated with the publishing of ​“Oxford illustrate” in 1675.

From 1676, Loggan began preparing plates for ​“Cantabrigia illustrata”, which he published in 1690. In the same year he became engraver to Cambridge University. The publication included a plan of Cambridge – the present print, twenty-six views of Cambridge, a plate with view general views of Cambridge, a view of Eton College, and a portrait of Charles, Duke of Somerset, chancellor of the university.

This plan of the town of Cambridge offers a birds-eye perspective of the town and university with a key offering details of the colleges, churches, town buildings, and main thoroughfares.

Loggan died in 1692 and left debts of £140 with ​“little remaining substance left except a few copper grav’d plates.” John Overton bought the plates, and when retired in 1707, his son Henry Overton (I) (1676?-1751) took over the business. He continued the business much as his father, although his output of interesting maps is rather smaller; his major atlas project was a volume of two-sheet maps modelled on Moll’s ​‘World Described’ or Senex’s ​‘English Atlas’, but it is now rare.

Overton reissued Loggan’s publications on both Oxford and Cambridge in the early 18th century.