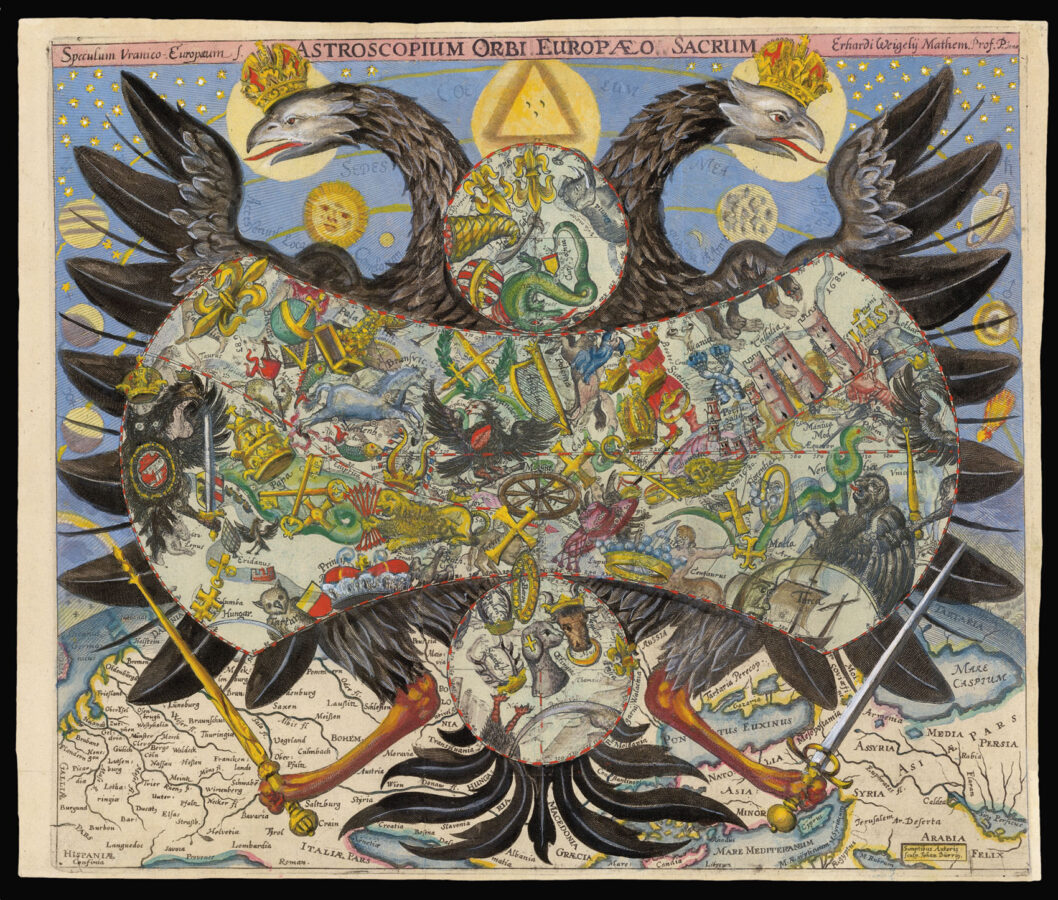 A very scarce and unusual celestial chart by the German astronomer, Erhard Weigel (1625–99). Weigel was an expert in mathematics as well as astronomy, and was professor of Mathematics at the University of Jena from 1653 until his death, teaching, amongst others, Gottfried von Leibniz.

Weigel’s celestial chart was first published in 1661, and republished in 1681 and 1688 (the latter edition presumably to celebrate his appointment as an Imperial advisor). In it, Weigel proposed an entirely new system of mapping the stars. Rather than the mixture of classical and pagan constellations already in existence, he wanted a new system based upon the heraldry of the nation states and principalities of seventeenth century Europe, as well as of its principal hierarchies and social classes. These new constellations are held in the centre of the double-headed eagle of the Holy Roman Empire. France appears as a fleur-de-lys; Spain as the Golden Fleece; and Turkey as a crescent moon. The eagle hovers about a globe of the world with a detailed map of northern Europe, from Britain to Persia, showing the extent of the Empire’s power.

A rare chart, representing one of the last systematic attempts by any European astronomer to redesign the existing celestial map.

Weigel also produced a globe in 1699 showing his new constellations; an example is held at the National Maritime Museum in Greenwich.