‘A Variety of Ornaments’

[Title, and upper border vignettes, with the prospect of London to accompany Ogliby’s 1682 map of London].

These vignettes and panorama were intended to accompany Ogilby and Morgan’s plan of London published in 1682. The only large-scale map (scale: 300 feet to one inch) to cover the whole of London until Rocque’s plan of 1746.

Morgan announced the completion of the map in the London Gazette, May 1682, and in November of the same year, he advertised a ​‘Prospect of London and Westminster’ and ​‘A Variety of Ornaments’ to be sold with the map or separately, as here.

The ​‘Variety of Ornaments’ mentioned in the advertisement consisted of the elaborate title piece,together with engraved views of the Statue of Charles I, Westminster Abbey, Whitehall, The Banqueting House, Somerset House, Mercers Chapel, Royal Exchange, Guildhall, St Paul’s and the Statue of Charles II, Temple Bar, and John Ogilby presenting the Subscription Book, the latter two of which are not present here. 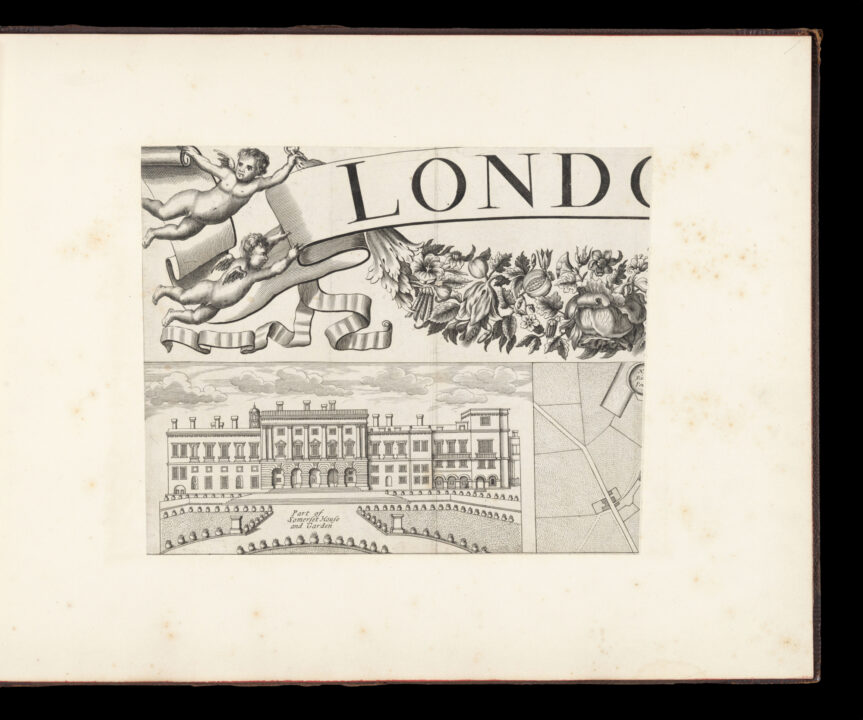 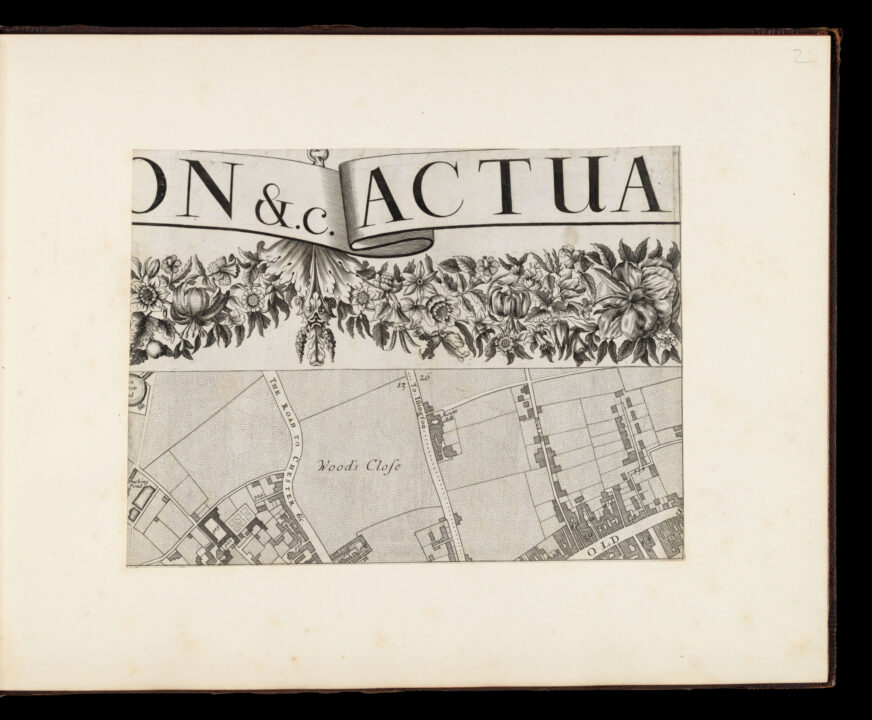 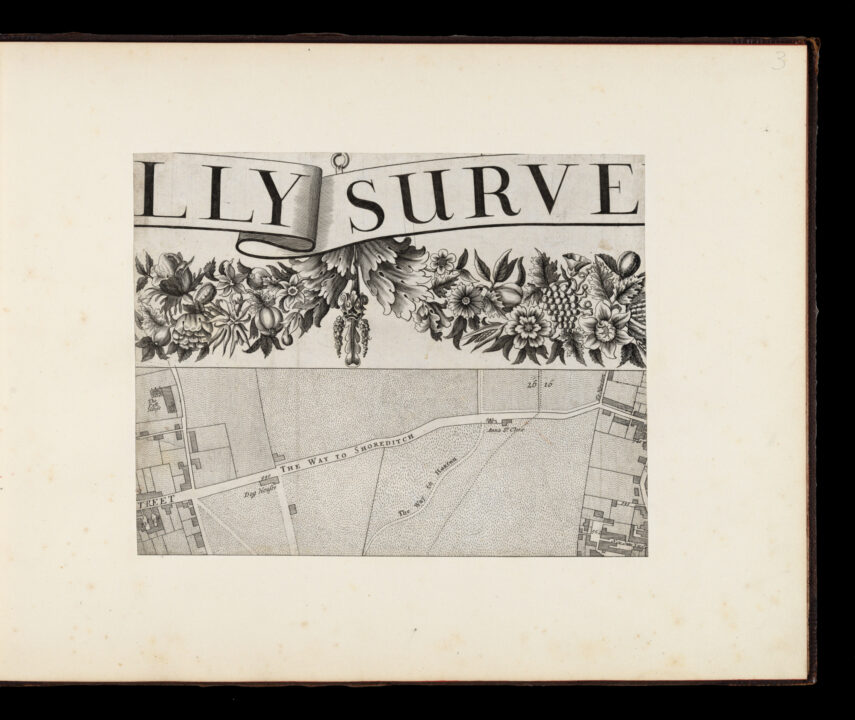 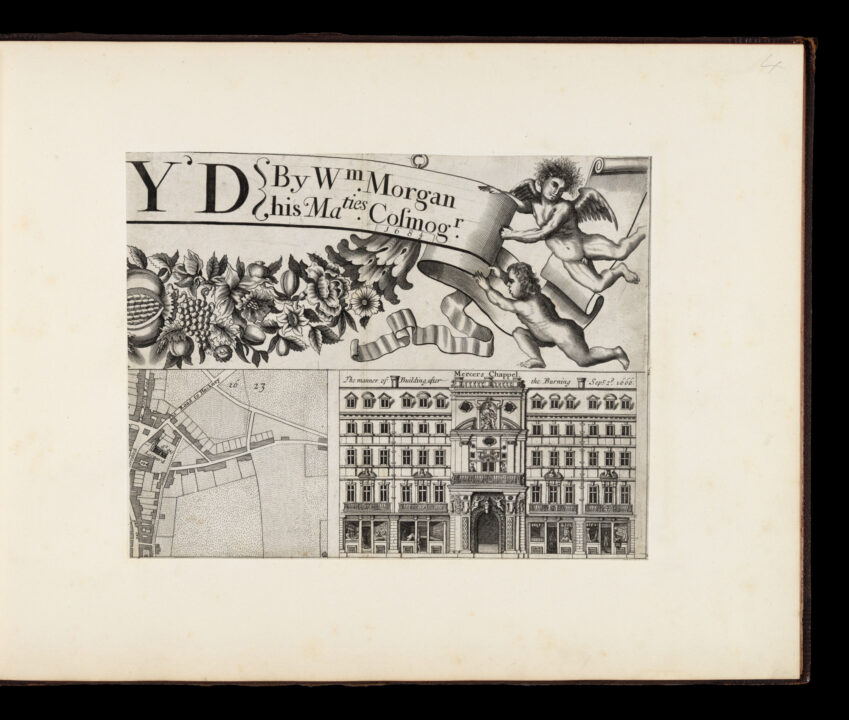