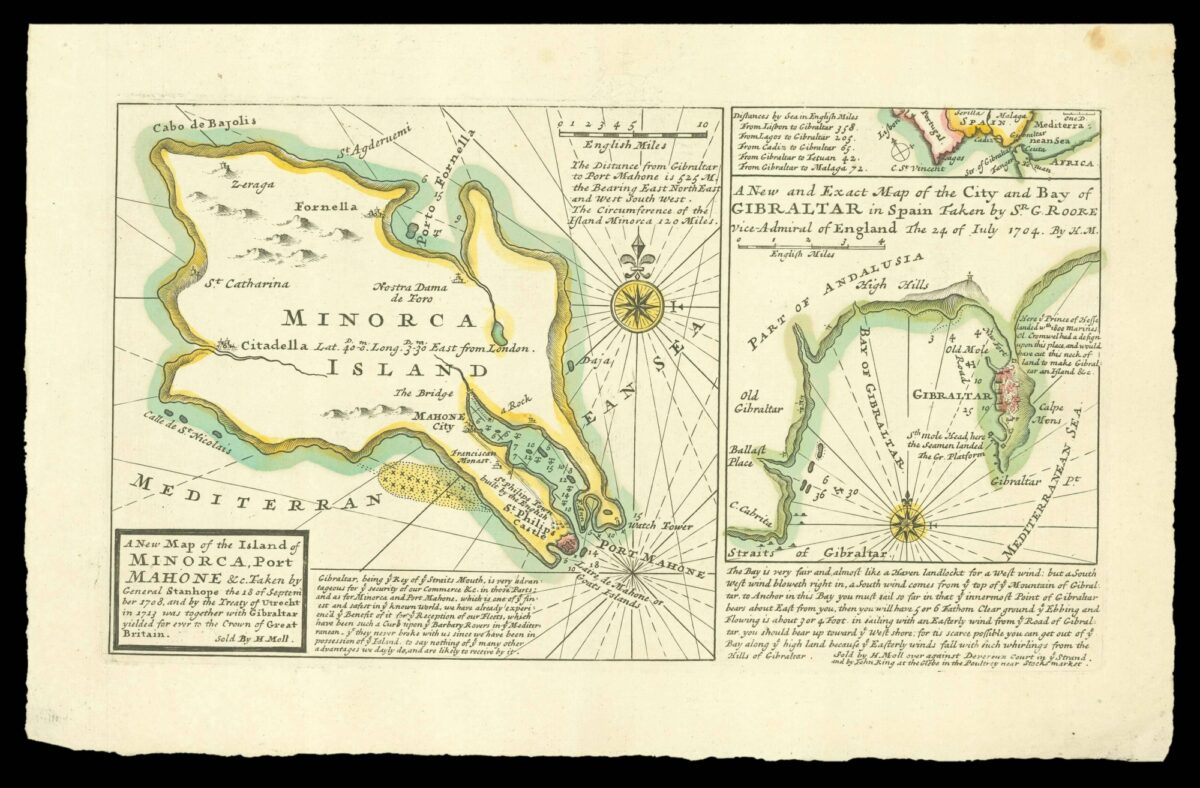 A twin map of Minorca and Gibraltar

A New Map of the Island of Minorca, Port Mahone &c. Taken by General Stanhope the 18 of September 1708, and by the Treaty of Utrecht in 1713 was together with Gibraltar yielded for ever to the Crown of Great Britain. Sold by H. Moll; A New and Exact Map of the City and Bay of Gibraltar in Spain taken by S.R G. Rooke Vice-Admiral of England The 24 of Iuly 1704. By H.M.

Very scarce composite plate with separate maps of Minorca (157 x 173 mm) and Gibraltar (110 x 106 mm), the principal acquisitions of the British in the Mediterranean from the Treaty of Utrecht (1713).

It is assumed that the plate was first engraved in 1713 or 1714; the only example of this first state encountered came from the Macclesfield’s collection. The joint imprint of Moll and John King sr. places this printing in the mid-1720s, no doubt during the siege of 1727.

The title-page of the second edition of Jacques Ozanam’s A Treatise of Fortification notes ​‘To which is prefix’d a PLAN of Gibraltar, &c. with all its Fortifications as they are at present, shewing the great Strength and Use of it, &c. Humbly Inscribed to the Right Honourable the E. of Portmore’ (London: J. Jackson and John Worrall, 1727), which would imply map 34 above, but the only recorded copy (Sotheby’s, Library of the Earls of Macclesfield, Part 10, 30th October, 2007, lot 3494) contained this map sheet.