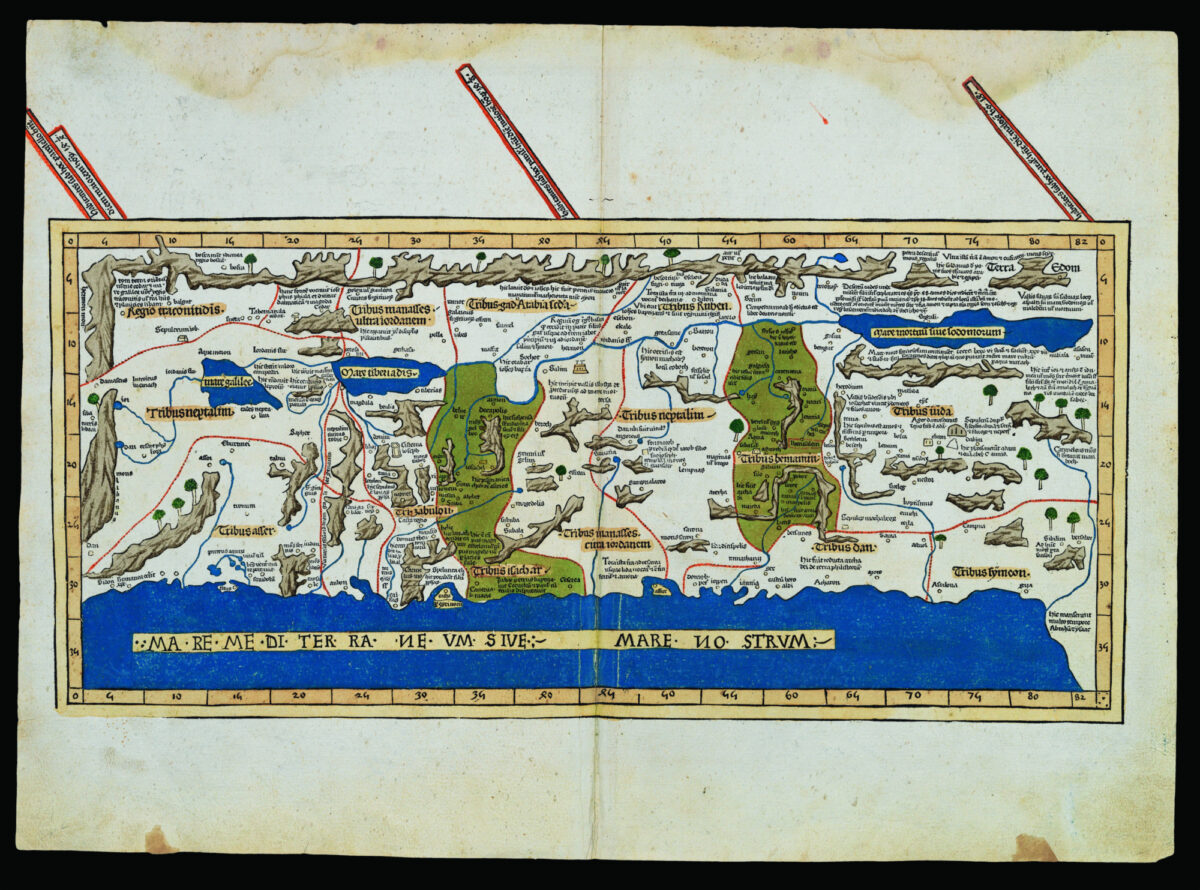 ?The Map
One of the ​“modern maps” included in the Ulm edition shows the Holy Land oriented to the southeast, as shown by the sloping lines of latitude above the image, stretching from Gaza in the south to Sidon in the north and extending into the Trans-Jordananian region. The territories of the Twelve Tribes of Israel are delineated, and a few small vignettes represent scenes from scripture, such as Jacob pitching his tent his tent in Salem (Genesis 33:18) and King David’s relocation to Hebron on the direct orders of God (II Samuel 2:1). It is based on a manuscript map, originally drafted by Pietro Vesconte and published by Marino Sanunto around 1320, and later updated by Germanus in 1482; it appeared in printed form in the Rome Ptolemy of 1478 and then both Ulm editions. In the water to the south of Carmel, the island of Atlit is labelled the ​“Castle of the Pilgrims”, after the Crusader fortress built there in 1218, and to the north of Jaffa, the smaller island of Assur appears. Although this version displays notable improvements from the original map, there are nonetheless many errors, such as the size and shape of the mountains, and the scale of the River Jordan. 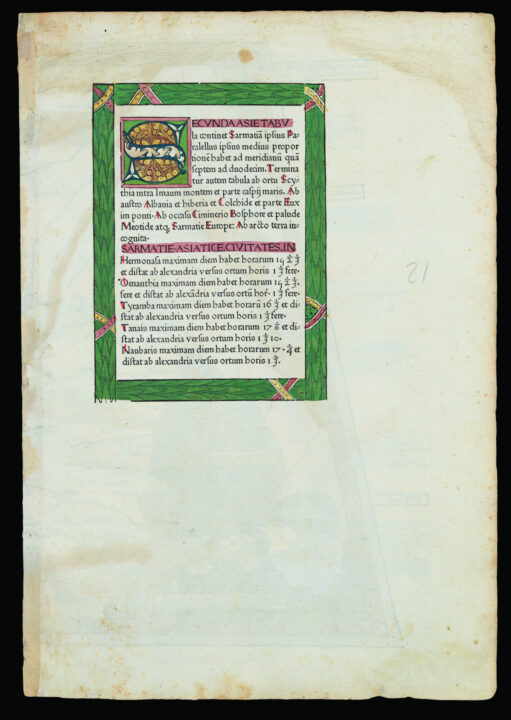