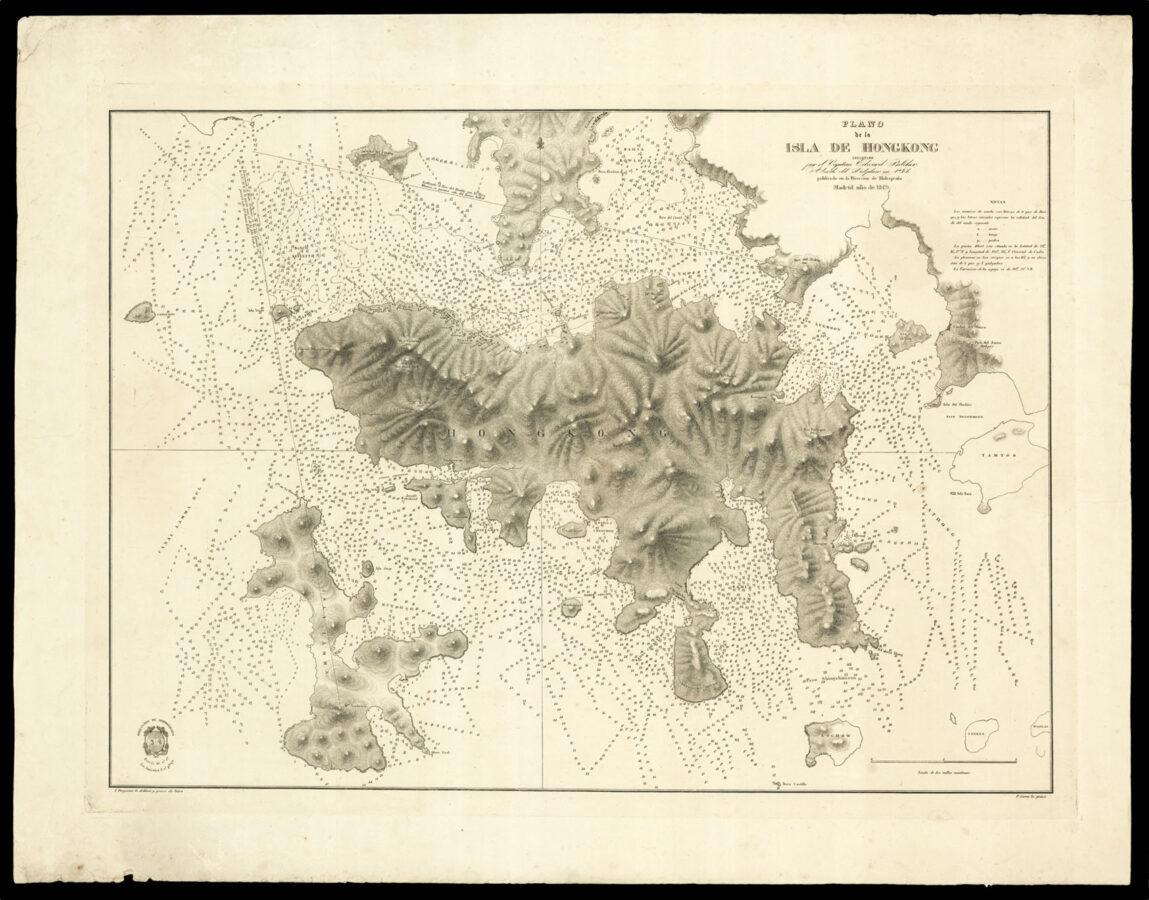 A Spanish edition of the first British survey of Hong Kong

The first British survey of Hong Kong harbour, drawn from a survey made during the First Anglo-Chinese (or Opium) War. After the war finished in 1842, Hong Kong became a British colony. The mapmaker, Sir Edward Belcher (1799–1877), was a British naval officer and a surveyor for the Hydrographic Office. He was detailed to survey the coast of South America and was then called to China, writing an account of this circumnavigation which was published in 1843. He fought in the Anglo-Chinese War and assisted in the capture of Hong Kong, and then went on to lead an Arctic expedition to find Rear Admiral John Franklin after Franklin disappeared in his attempt to find the northwest passage. Despite his distinguished professional career, his personal life was a little less illustrious: his wife, Diana, divorced him on the basis that he gave her venereal disease.

The charts of the British Hydrographic Office were famous for their accuracy. The Office was founded in 1795 by George III, who appointed Alexander Dalrymple as the first Hydrographer to the Admiralty. The first charts were produced in 1800. Unlike the United States Coast Survey, the Hydrographic Office was given permission to sell charts to the public, and they produced a great number of sea charts covering every corner of the globe. Most of the Admiralty charts produced by the Office delineated coastline as well as high and low water marks, and recorded the depth of water as established by soundings. Thanks to the innovations of Sir Francis Beaufort, who developed the Beaufort Scale of wind strength, the British Hydrographic Office became one of the leading producers of sea charts, used all over the world.

This copy was made by the Direccion de Hidrografia, the arm of the Spanish government dealing with navigation.

We have only been able to trace two copies, one in the British Library and one in the Ministry of Culture in Madrid.