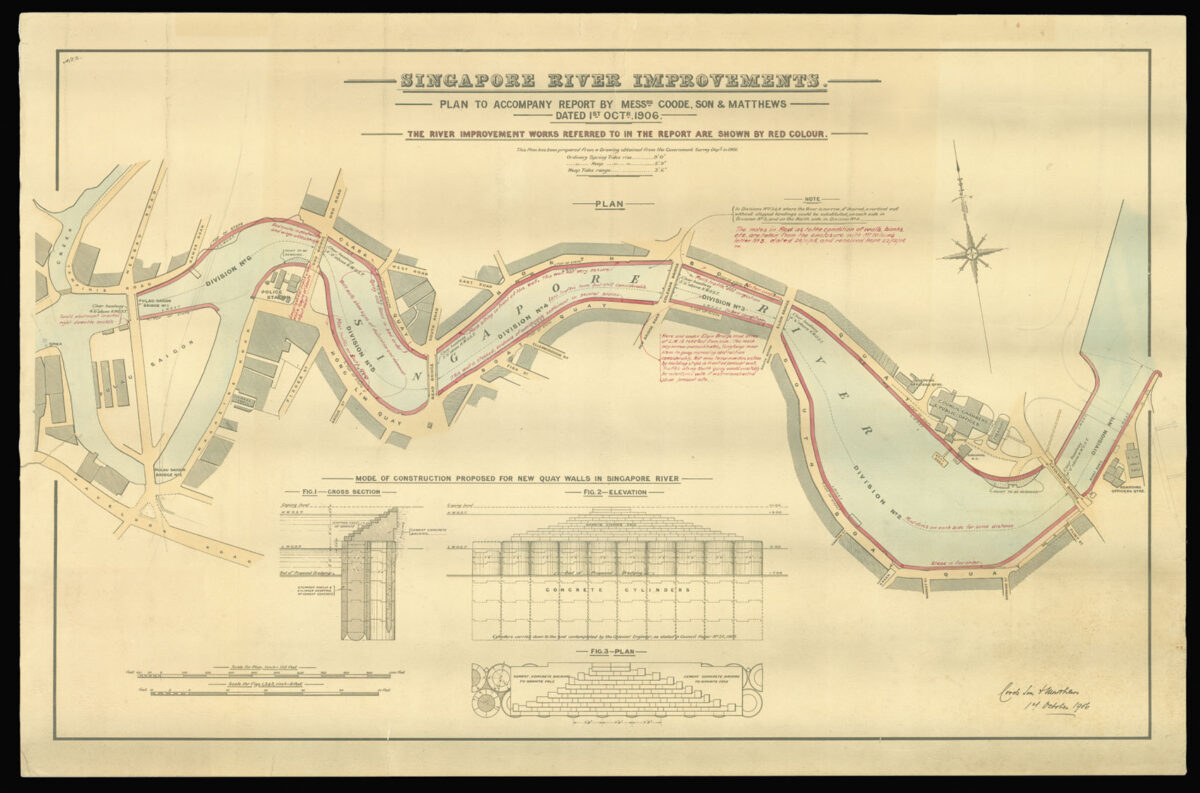 A set of large-scale plans of Singapore River

The general plan shows the intended river improvements in red together with the major buildings along the river. Below the plan is cross section of the proposed quay walls; a key provides information upon the Spring and Neap tides.

The plan is accompanied by detailed technical drawings of the proposed works: showing the Colonial Engineer’s Improvement Scheme No.1, 2, and 3, with suggested improvements by Coode, Son and Matthews; together with plan upon tracing paper which depicts the Godowns (warehouses) of the principal merchant companies operating in Singapore.

We have been unable to ascertain whether or not Coode and Matthews were successfully awarded the contact for the improvement works, however, we do know that they secured the contract for the Harbour improvements, much to the local media’s disgust:

​“the Harbour scheme of Mr Matthews [costing some two million pounds sterling] is extravagant in its amplitude, wrong in its construction and generally inept… The non-success of the Colombo Harbour Works is notorious. Messrs Coode, Son and Matthews may make a better job of Singapore than they did of Colombo… so all one can hope is that, as far as possible, a solid superstructure may be built up on the somewhat flimsy basis upon which the Harbour scheme at present reposes”. (Eastern Daily Mail and Straits Morning Advertiser, 19 February 1906)

The founder of the Coode Firm was Sir John Coode (1816–1892) ​“probably the most distinguished harbour engineers of the nineteenth century” (ADB), and was responsible for numerous harbour and river improvements throughout the Empire; most notably in South Africa, India, and Australia. Following Sir John’s death in 1892 the company was renamed Coode, Son & Matthew. William Matthew (1844–1922) had been chief assistant to John Coode. He would serve as president of the Institute of civil Engineers in 1907 and 1908.

A review of the library of the Institute of Civil Engineers — who hold the remnants of the Coode archive — records no material relating to the Singapore river improvement proposal. The National Library Board of Singapore, records a manuscript proposal for Singapore Harbour improvements, dated 1904. 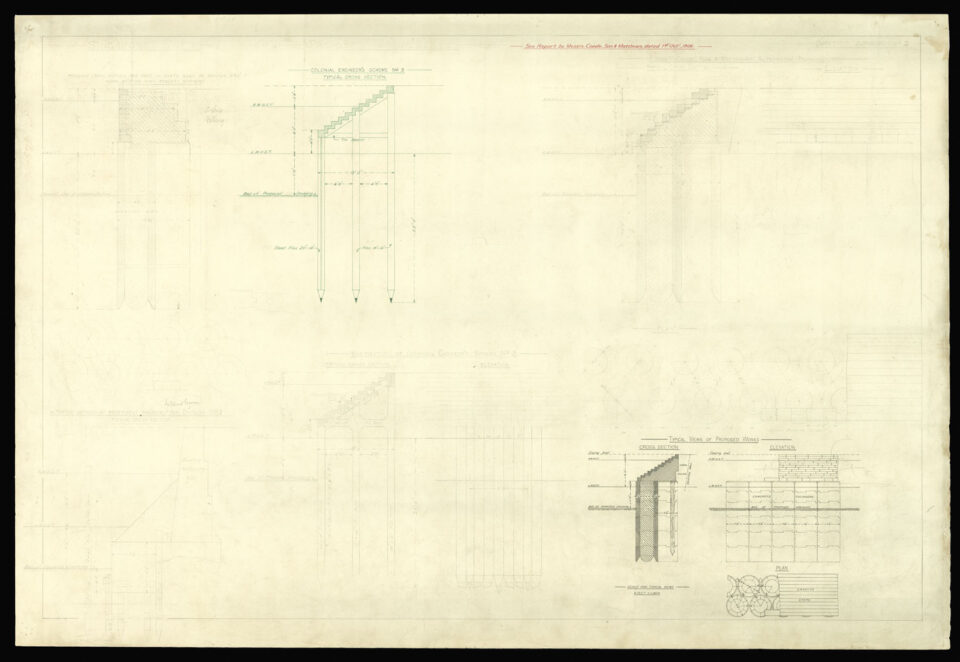 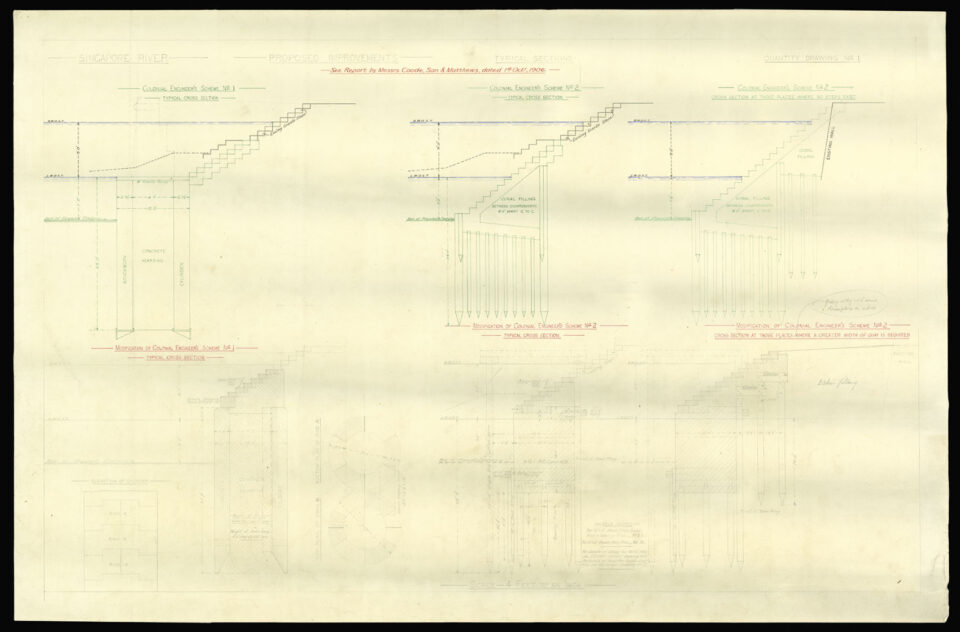