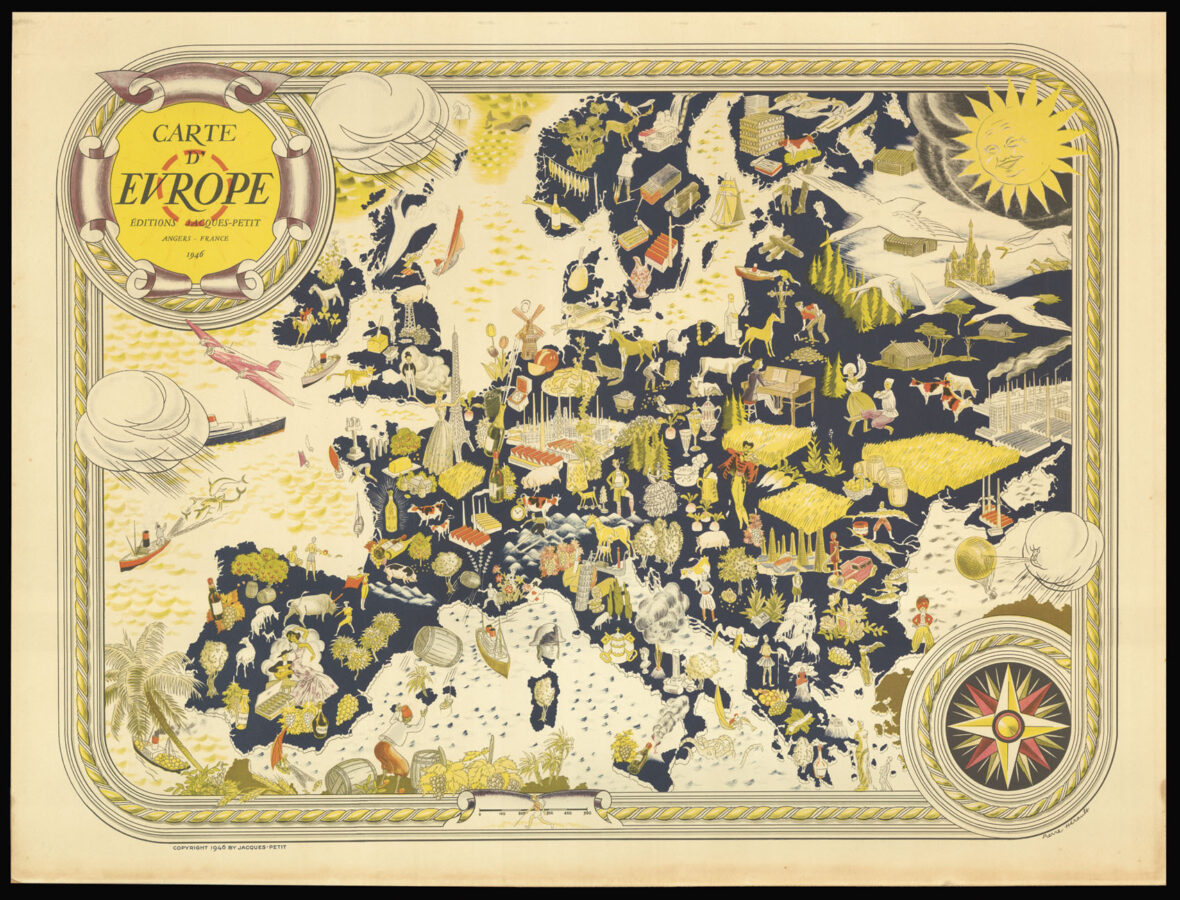 A rich and vibrant Europe

A pictorial map of the European rebirth after World War II.

Pierre Hérault was a well-known French artist and pre-war cartoonist, whose drawings often appeared in the fashion magazine Fantasio, as well as in beauty and drinks advertisements. His work mostly depicted women of the era in fashionable clothes or as pin-ups.

Editions Jacques-Petit was a publisher of mostly travel books based in the city of Angers in western France.

The map shows a continent without borders and rich with natural, cultural, industrial, agricultural and gastronomic delights. Each country is filled with landmarks, food produce and people in traditional costumes.