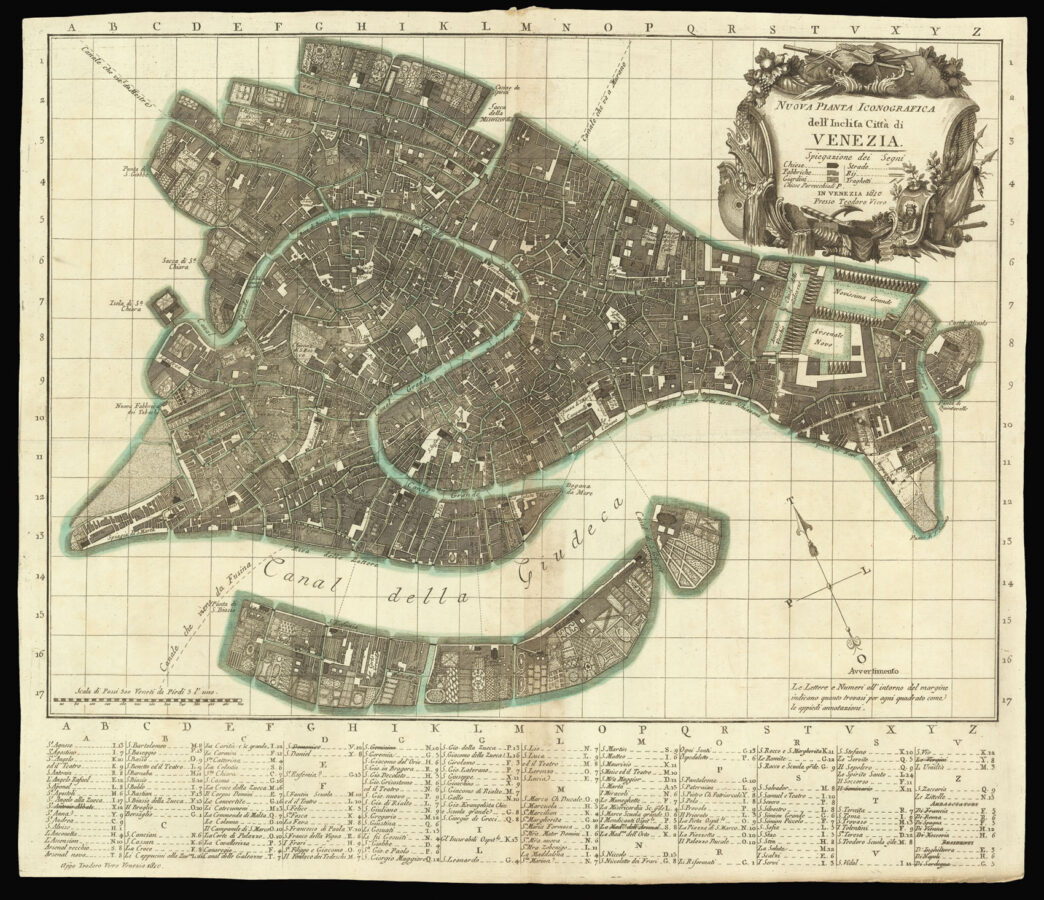 A reduction of Ughi’s grand plan of Venice

Viero’s superb reduction of Ughi’s monumental map of Venice (1729), first published in 1792 and reprinted until about 1847 with just the date changed. In spite of its smaller size Viero’s plan is remarkably detailed, depicting and marking in its extensive key the canals and major landmarks which are overlaid with a grid system to make discovery for the traveler easier. The title appears in a large allegorical cartouche upper right.

Teodoro Viero (1740–1819), engraver turned publisher, specialised in views of Venice where he lived and worked from 1755. He was not the first to produce a more portable version of Ughi’s 12 sheet map of Venice, as Homann’s heirs had issued a similar but less utilitarian version in the 1730s.