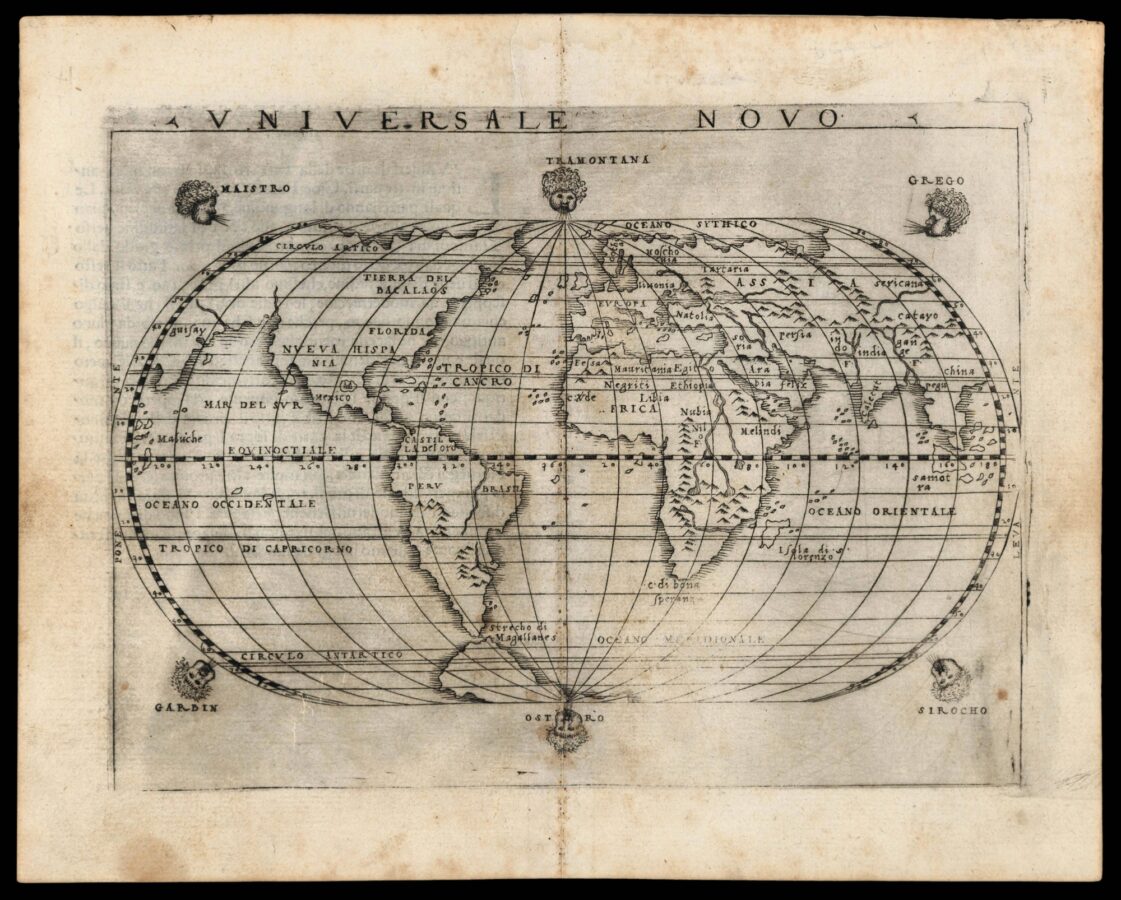 One of two modern world maps from Gastaldi’s ​“pocket” edition of Ptolemy’s ​‘Geographia’, and a reduction of Gastaldi’s world map of 1546.

​“Cosmographer to the Venetian Republic, then a powerhouse of commerce and trade. He sought the most up to date geographical information available, and became one of the greatest cartographers of the sixteenth century” (Burden). Gastaldi’s was the first edition of the ​‘Geographia’ in Italian: the text was translated by the celebrated botanist Pietro Andrea Mattioli. It was the most comprehensive atlas produced between Martin Waldseemuller’s ​‘Geographiae’ of 1513 and Abraham Ortelius’ ​‘Theatrum’ of 1570. It was the first atlas to contain maps of the American continent, the first of which is this one.

Giacomo Gastaldi (c1500-1566) was, and styled himself, ​‘Piemontese’, and this epithet appears often after his name. Born at the end of the fifteenth or the beginning of the sixteenth century, he does not appear in any records until 1539, when the Venetian Senate granted him a privilege for the printing of a perpetual calendar. His first dated map appeared in 1544, by which time he had become an accomplished engineer and cartographer. Karrow has argued that Gastaldi’s early contact with the celebrated geographical editor, Giovanni Battista Ramusio, and his involvement with the latter’s work, ​‘Navigationi et Viaggi’, prompted him to take to cartography as a full-time occupation. In any case Gastaldi was helped by Ramusio’s connections with the Senate, to which he was secretary, and the favourable attitude towards geography and geographers in Venice at the time.