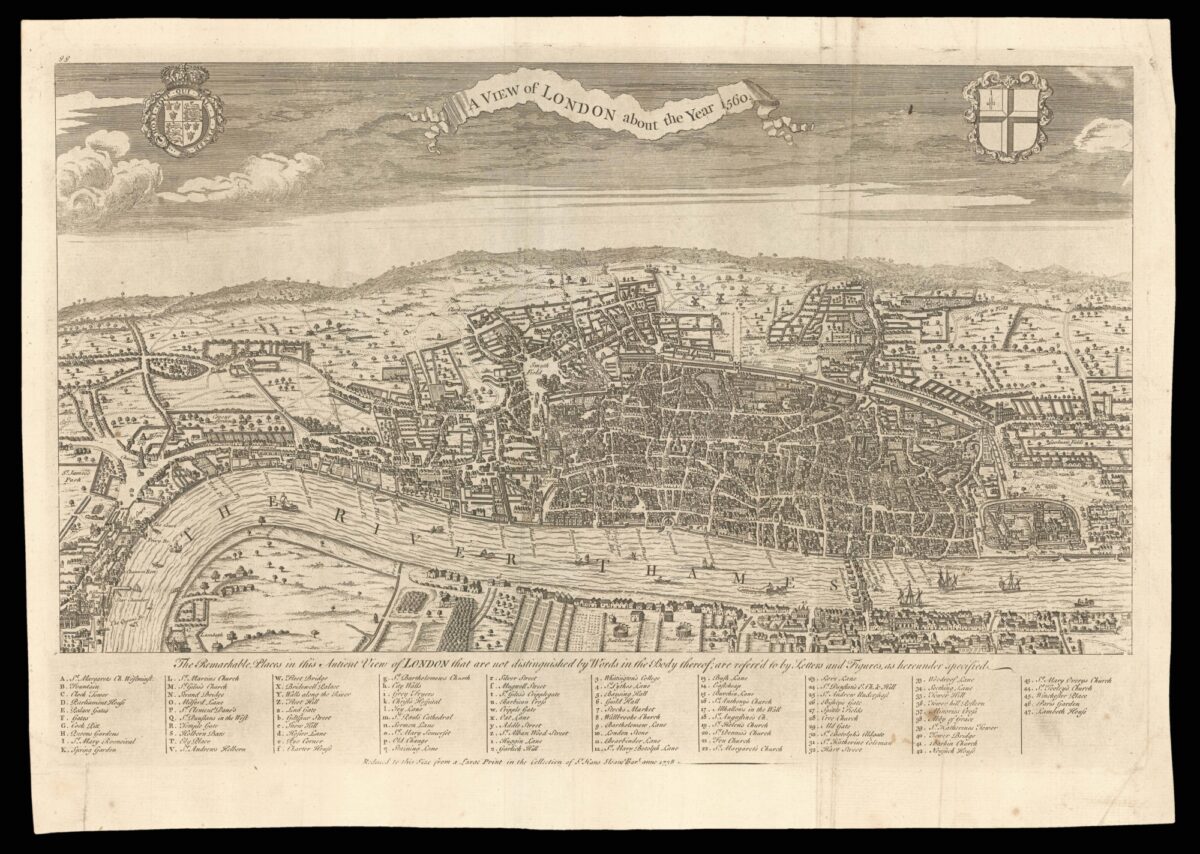 A reduction of the sixteenth century Agas map of London

This birds eye view of Elizabethan London offers a sweeping view of the city with incredible detail spanning from Westminster Abbey to the Tower of London. In addition to notations provided throughout the map, the key at the bottom provides a further guide to 95 other landmarks and streets throughout the city. The bear- and bull-baiting arenas are both depicted on the south side of the Thames — precursors of the playhouses of Elizabethan playwrights such as Shakespeare.

It is likely that the source is ​‘Civitas Londinium’ attributed to Ralph Agas — one of the earliest views of London alongside Braun and Hogenberg’s depiction of 1572. This map was originally printed from woodblocks around 1561, but no copies from this date survive. In the 1630s more copies were produced from the original blocks after being updated.

In the late 1730s, the artist and engraver George Vertue copied this view of London in 1560 from ​“an ancient print in the possession of Hans Sloane”, which was likely an early seventeenth century version of the Agas map in Sloane’s collection. Sloane went on to bequeath his notable collection to the nation in 1753 that subsequently became the founding collection of the British Museum. The present map commemorates Sloane with text below the key that reads ​“Reduced to this Size from a Large Print in the Collection of Sr Hans Sloane Bart anno 1738”.

The present map is based on Vertue’s first of three states of this 1560 view and served as the title plate to William Maitland’s ​‘History and Survey of London From its Foundation to the Present Time’ published in 1739. 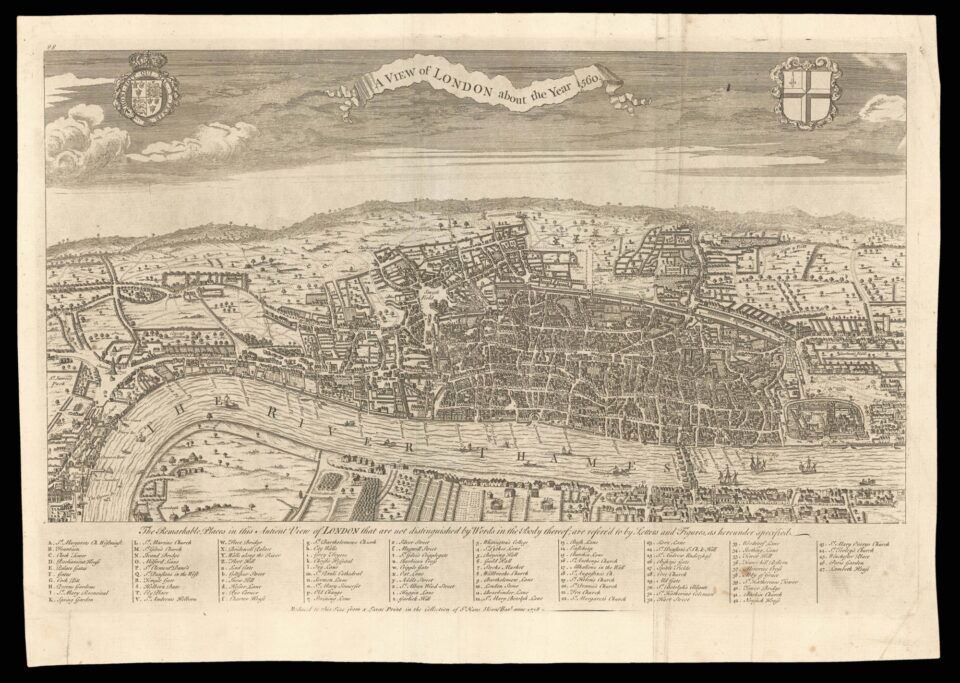