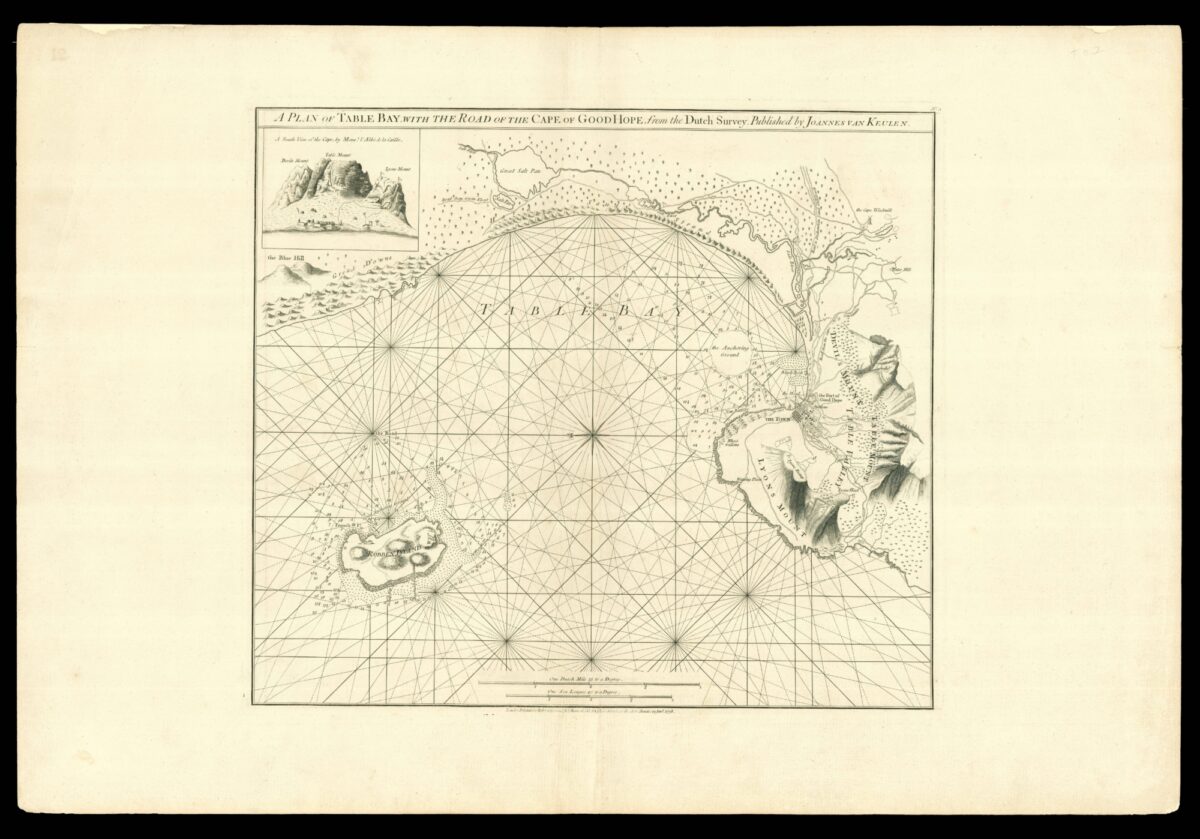 Plan of Table Bay with the Road of the Cape of Good Hope, from the Dutch Survey Published by Joannes van Keulen

The first edition of a scarce English sea chart and plan of Cape Town and environs. Sayer and Bennett based their chart on Johannes van Keulen;s 1753 work, ​‘De Nieuwe Groote Lichtende Zee-Fakkel’.

The map provides a British insight into the development of Cape Town, a time when the Dutch colony had expanded beyond the Liesbeeck River and the Dutch East India Company (VOC) was still keen to keep maps of the colony secret. The Plan of Table Bay is both a practical sea chart of Table Bay, which shows the route for maritime navigation, and also a plan of the terrestrial layout of the small town below Table Mountain, including its coastal fortifications, the ​“Company’s Garden” and the infamous public gallows at the foot of the mountain.

The ​“New Battery” on the western shore of the bay is the Chavonnes Battery, erected in the period 1717 to 1726; the ​“Cape Windmill” in the south-east is the Oude Molen (Old Mill) that was established in 1717, the first windmill in South Africa. The nearby Water Mill was the Papenboom Mill, established towards the end of the seventeenth century to supply the local brewing industry; the copious springs below the eastern face of Table Mountain still supply a brewery (and the public) in the suburb of Newlands.

The first edition of the map has only come on the market once in the past thirty years.