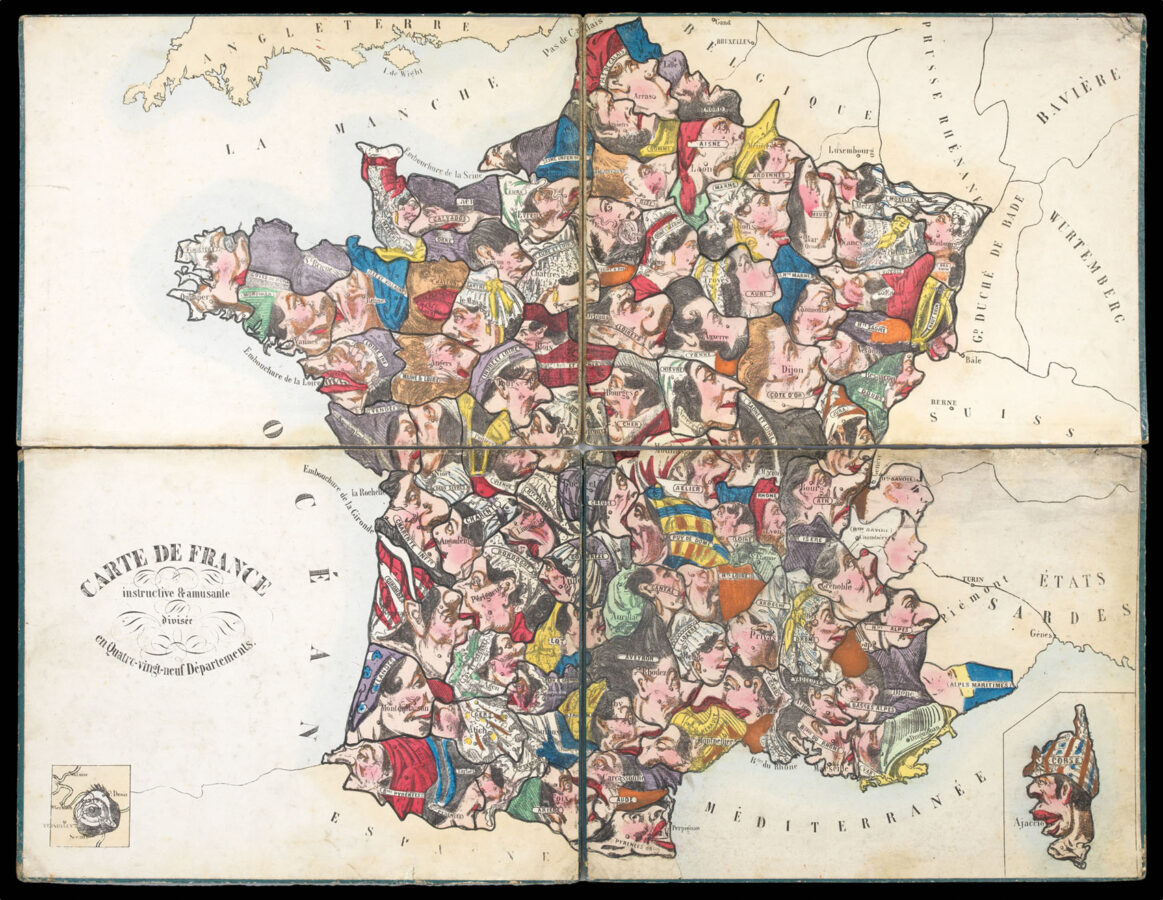 A rare puzzle map showing France under the Second Empire. Each of the 86 dèpartements is shown as a caricatured grotesque face, wearing their regional headdress. It can be dated between 1852 and 1850 because the town of La Roche-sur-Yon was renamed Napolèon-Vendèe in 1852 and also because Nice and the Savoy have not yet been retaken by France. The number of dèpartements, initially 83, had increased to 130 by 1810 with the territories annexed by the Republic and Empire, returning to 86 in 1815 after the fall of Napoleon. The annexation of Nice, Savoy and Upper Savoy in 1860 brought the total to 89.

Andrè Belloguet (1830-after 1882) was a French comic artist and cartoonist, working for the journals ​‘L’Eclipse’ and ​‘La Chronique Illustree’ in Paris, often drawing cartoon maps satirising contemporary political events. After the collapse of the Second Empire and the rise of the Commune, Belloguet fled to Belgium and continued to work there. Several of his works were turned into jigsaws like this one.

Two later editions were brought out in 1865 and 1871 to reflect changes in French territories. 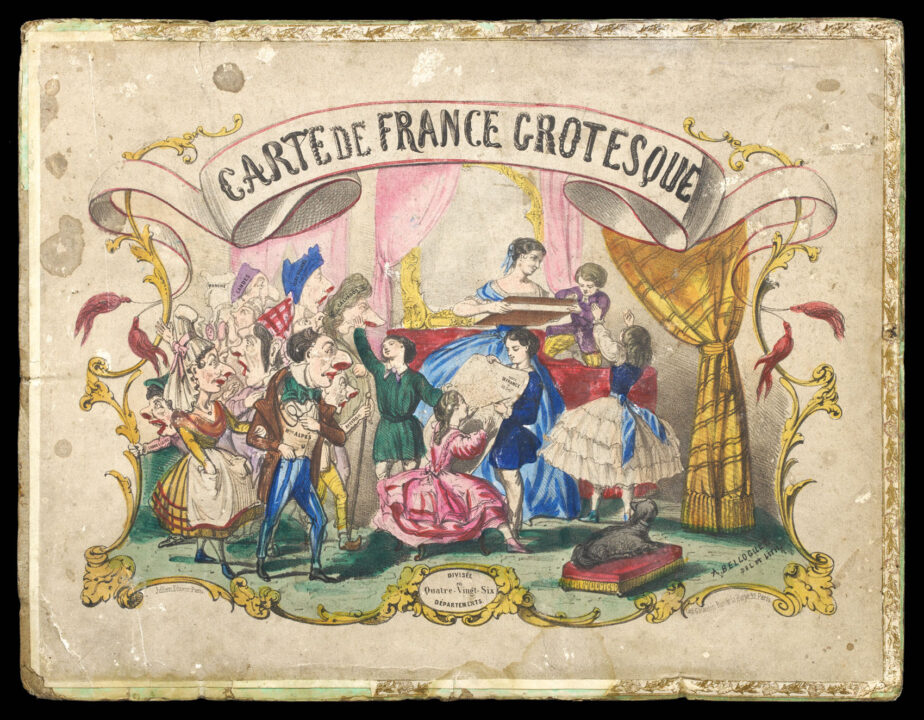