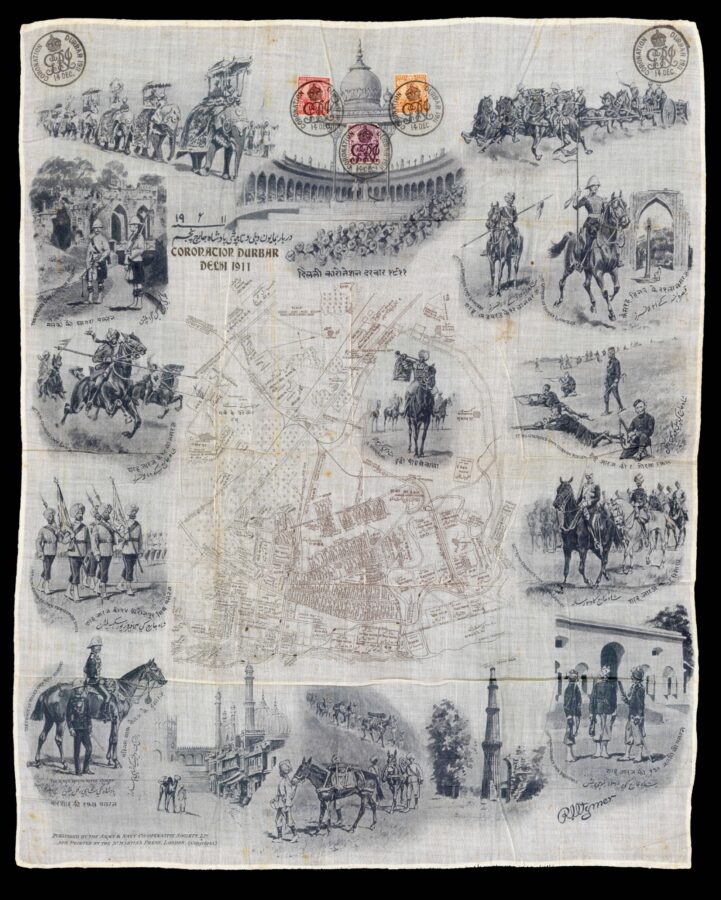 A rare memento from the Delhi Durbar of 1911

A rare plan commemorating the Delhi Durbar of 1911. The Delhi Durbar was a mass assembly taking place at Coronation Park in Delhi to mark the succession of an Emperor. It was held three times: in 1877, 1903, and 1911, at the height of the British Empire. This was the only one attended by the sovereign, George V and Queen Mary, as Emperor and Empress of India.
The plan includes a detailed representation of Coronation Park, where the ceremony took place, with its own railway station as well as vignettes representing officers of the British and Indian armies. It also includes stamps of India Postage on top. The map is the work of Augustus Wymer (1849–1935), military painter and illustrator. His works were renowned for their accuracy and were collected by Queen Victoria.

Rare, we were only able to trace one example appearing on the market in the last ten years.