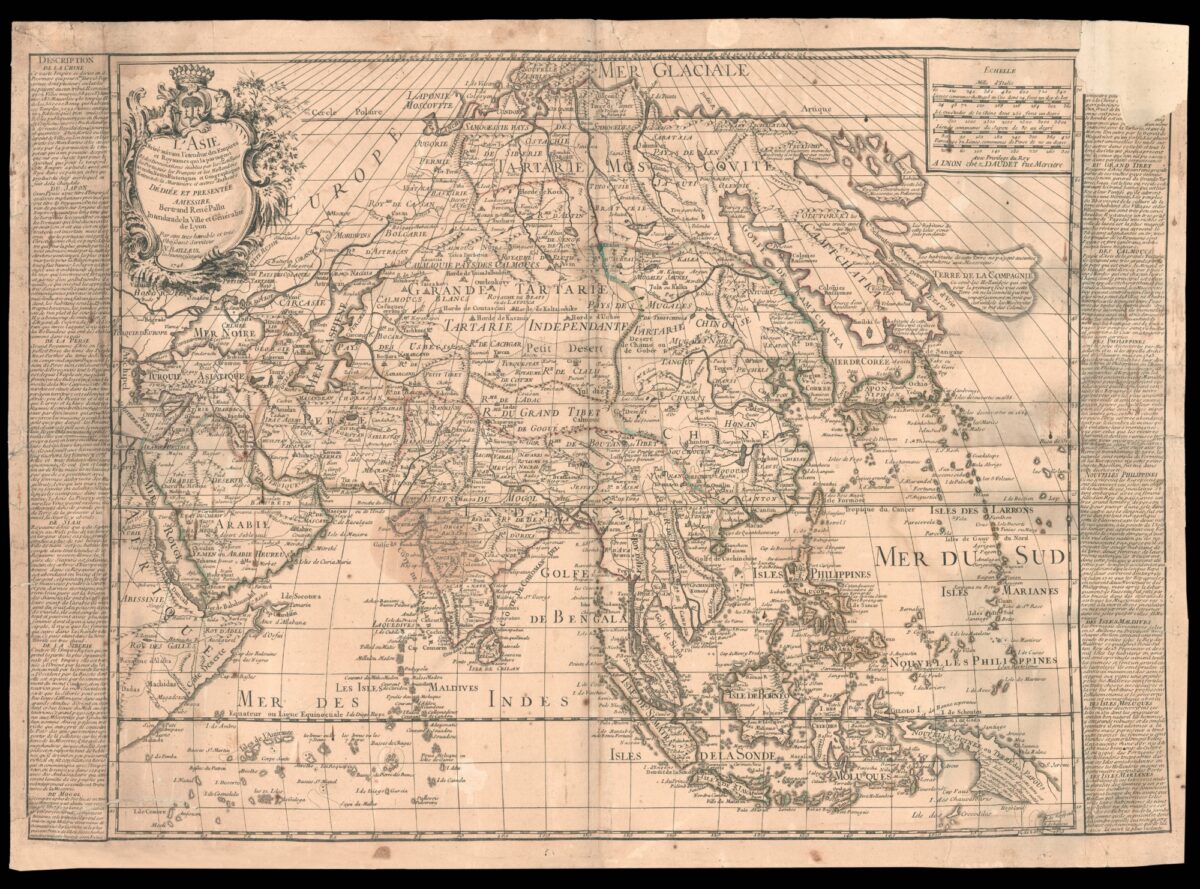 A rare map of Asia showing the Sea of Korea

The map covers the entire Asian continent, stretching from Africa and the Mediterranean in the west to the Bering Sea in the east, and north to south from the island of Nova Zembla to Java and New Guinea.

The title clarifies that the names on the map are those established by the Spanish, the Portuguese, the French, and the Dutch. The border text provides descriptions derived from ​‘Le Grand Dictionnaire Géographique Et Critique’ published by de la Martinière in 1738.

Interestingly, the sea between Japan and Korea is here identified in favour of Korea (Mer de Corée), as opposed to ​‘East Sea’ or the ​‘Sea of Japan’. The first trace of the ​‘Sea of Korea’ appears on the 1615 map of Asia by Godinho de Eredia, a Malayan-Portuguese cartographer and mathematician. Later on, Dudley, Bowen, and Delisle, to name a few, also reported the same name on their maps.

Nicolas Bailleul was the son of Gaspard Bailleul (1703–1781), a Parisian engineer and geographer who published a number of atlases. Daudet was a mapseller based in Lyon, especially known for his connection with Bailleul. Nicolas Bailleul the Younger published a number of maps, including a set of wall maps of the world and the four continents. His maps are among the most spectacular and scarce of the second half of the eighteenth century.

Rare. We are only able to find a later copy from 1775 held at the University of Bern Library.