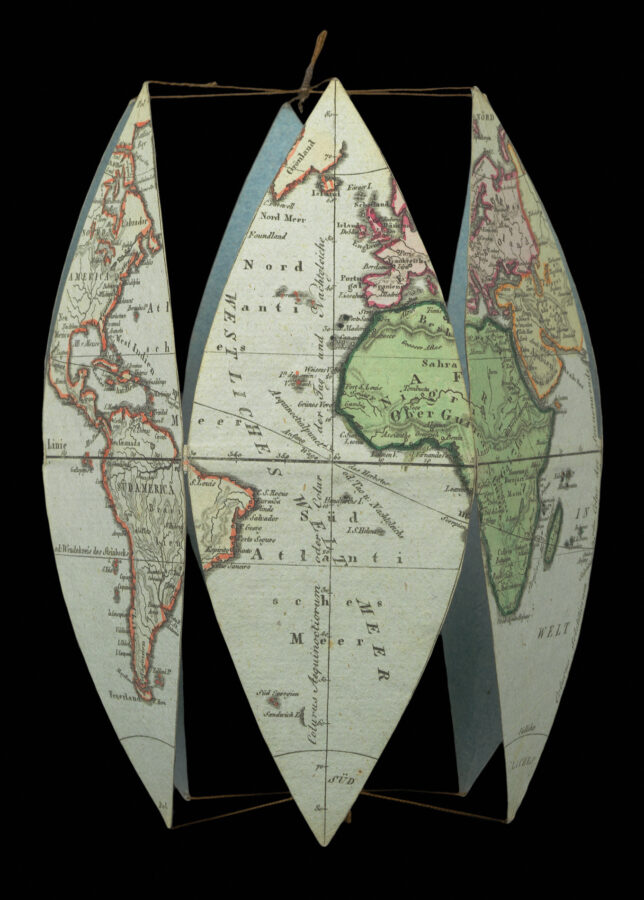 The present work would appear to be an early example of Carl Johann’s globes designed for the educational market. The globe itself is housed within paper covers, which contain information on the inside including the orbit of the earth, the cardinal points, the frigid, temperate, and torrid zones, the equinox, and the seasons. Pasted to the central panel is a concertina of 15 lithographs depicting indigenous people, from the Englishman to the Freundschaftsinsulaner (Friendly Islander, Tonga). The globe is backed upon blue card, with the original string attached to the north and south poles. The title gives prominence to the latest discoveries of William Parry, whose exploration of the Northwest Passage between 1819–1825 had been followed by cartographers with keen interest.

The format would appear to have proved popular, as the Bauer firm would continue to produce a miniature globe together with depictions of indigenous people well into the mid-nineteenth century. A version was published for the English market titled ​‘The earth and Its Inhabitants’.

Johann Bernard Bauer (1752–1839) and his sons Carl Johann Sigmund (1780–1857) and Peter Bauer (1783–1847) were scientific instrument and globe makers working in Nuremberg. Johann is recorded as the engraver of a celestial globe by Georg Klinger in 1790; he also published some late editions of the Doppelmayr globes. his sons are best known for their miniature globes published for the educational market.

We are only able to trace three institutional examples: the Houghton Library at Harvard university; the Library of Australia; and the Danish national Library. 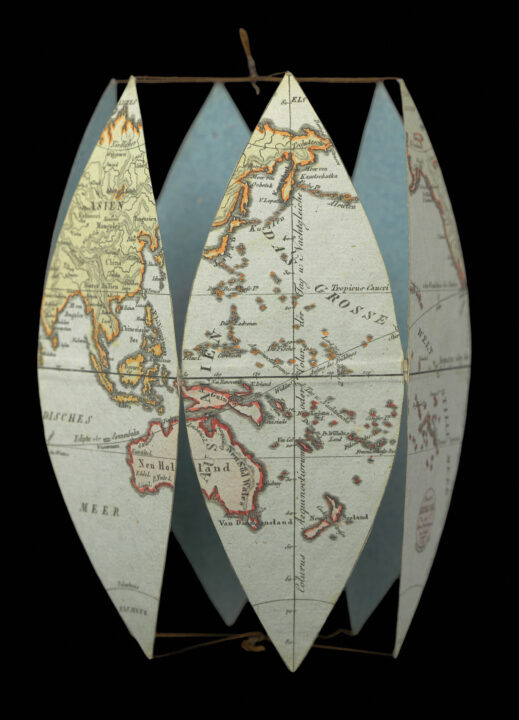 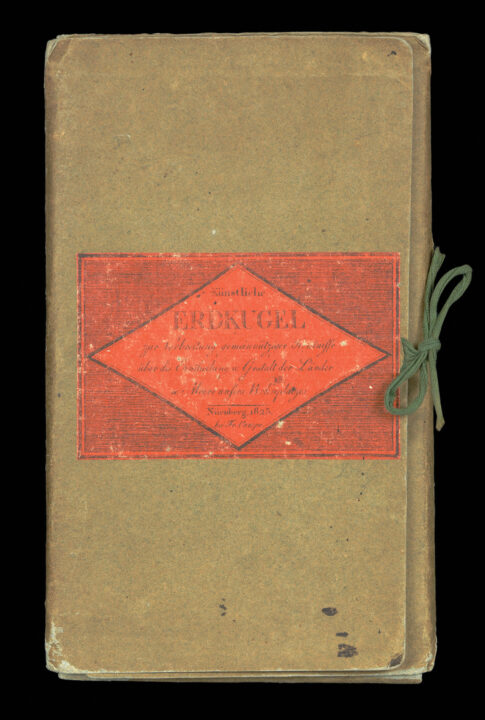 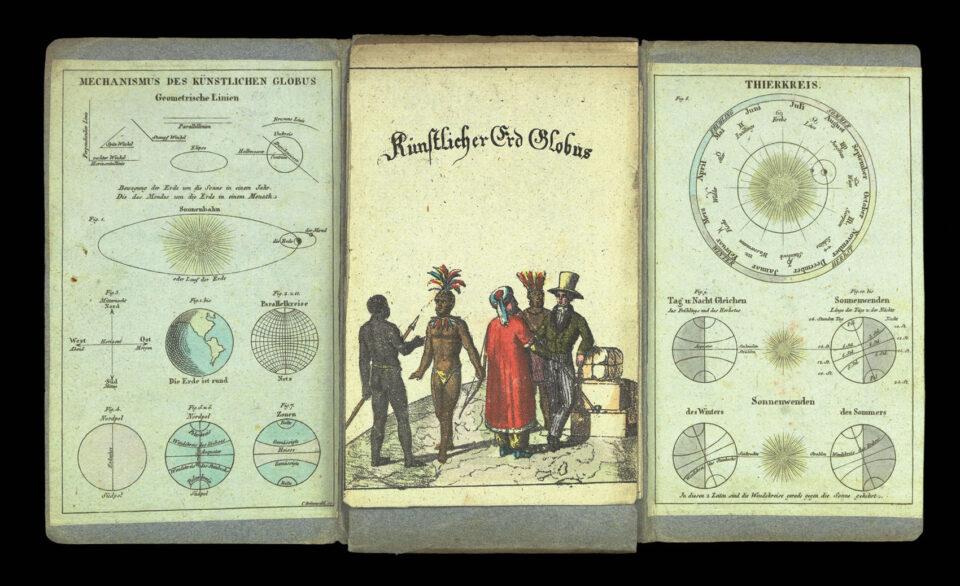 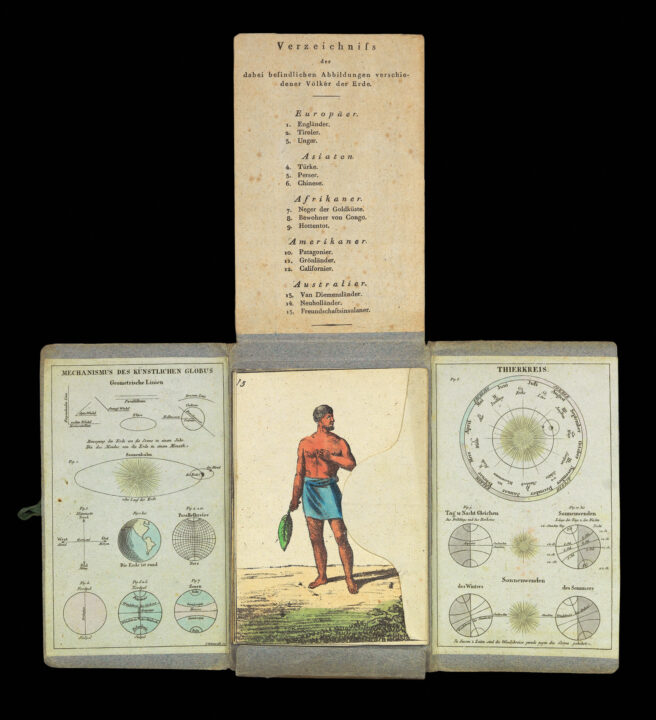 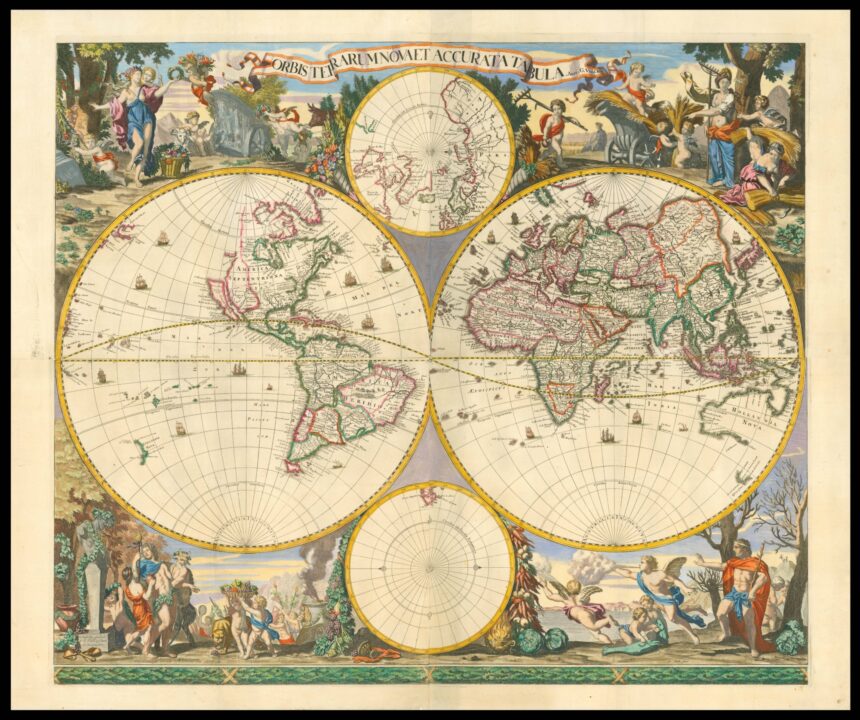