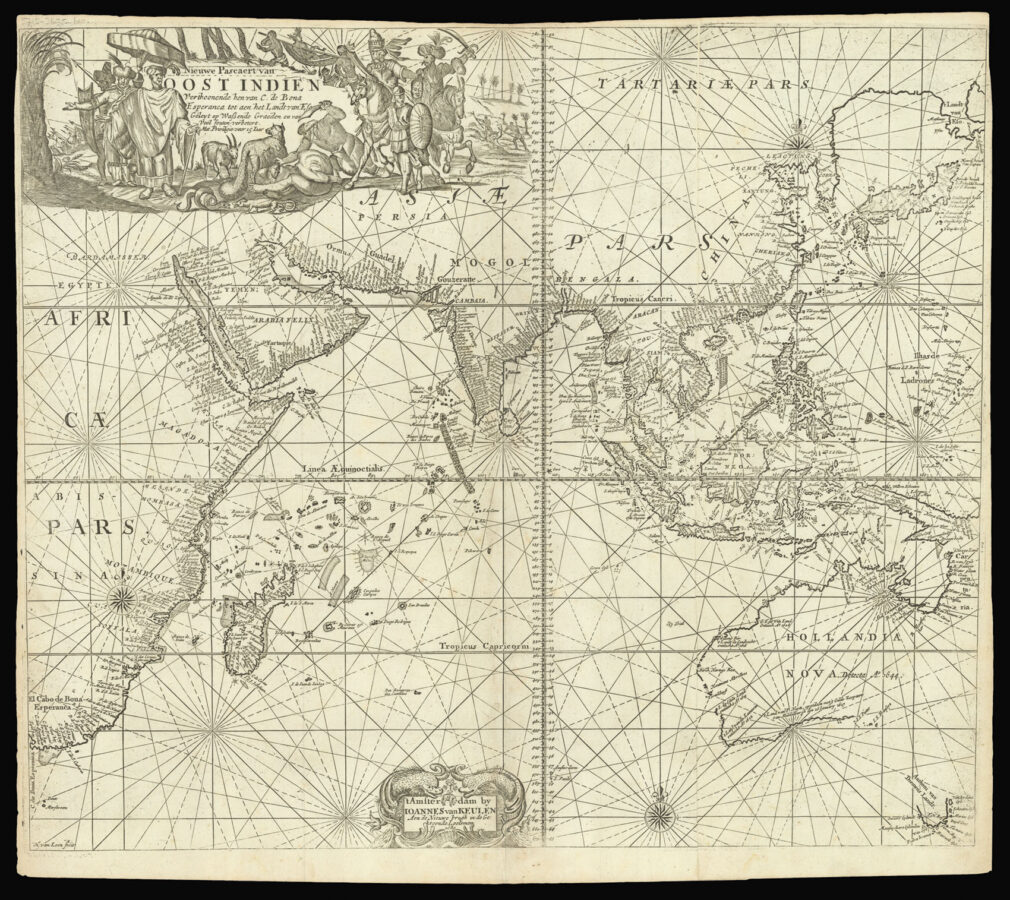 A Rare Dutch Chart of Southeast Asia, Australia and the Indian Ocean

A fine large format sea chart, which appeared in Van Keulen’s rare Maritime Atlas. Initially intended for use at sea by the mariners of the Dutch East India Company (VOC).

The chart covers the coast of Africa to New Guinea, and from North to South, Mongolia, Korea, Japan, Philippines to Australia, horizontal and vertical graticules, two decorated compass roses, rhumblines, decorative figurative cartouches, one with the title, the other with the colophon, elephant and galleons.

The depiction of Australia is in the classical post-Tasman configuration, depicting the state of exploration in the region up to 1680.

The cartouche at the top is similar to Otten’s later sea chart of the region. The second cartouche provides the name and address of the author and is surrounded by dolphins and European traders.

Johannes van Keulen was a Dutch maritime publisher. He established a bookselling and instrument making business in Amsterdam in 1678, and by 1680 he had obtained a privilege from Holland and West Friesland to print pilot guides and sea atlases. His first major production was the atlas ​‘Nieuwe Lichtende Zee-Fakkel’, illustrated by Jan Luyken and with maps by Claes Jansz Vooght. Five volumes were published between 1681 and 1684. Van Keulen also produced a ​‘Zee-Atlas’. Van Keulen chose an advantageous time to enter his profession, as many of the great early seventeenth century mapmakers were closing down or at the end of their careers, and therefore putting their stock and copperplates on the market. For example, he was able to buy Hendrik Doncker’s stock in 1793.

The van Keulen cartographic dynasty continued for nearly two centuries. His son, Gerard (1678–1726), produced new editions of his father’s works and made numerous manuscript charts. He was appointed hydrographer to the Dutch East India Company (VOC) in 1706. His grandson, Jan II van Keulen (1704–1770) took over the business in 1726, and published a new edition of the Asian volume of the ​‘Zee-Atlas’. He was appointed chartmaker to the VOC in 1743, setting an official seal on a well-establised relationship that was to last until the company dissolved in 1799. 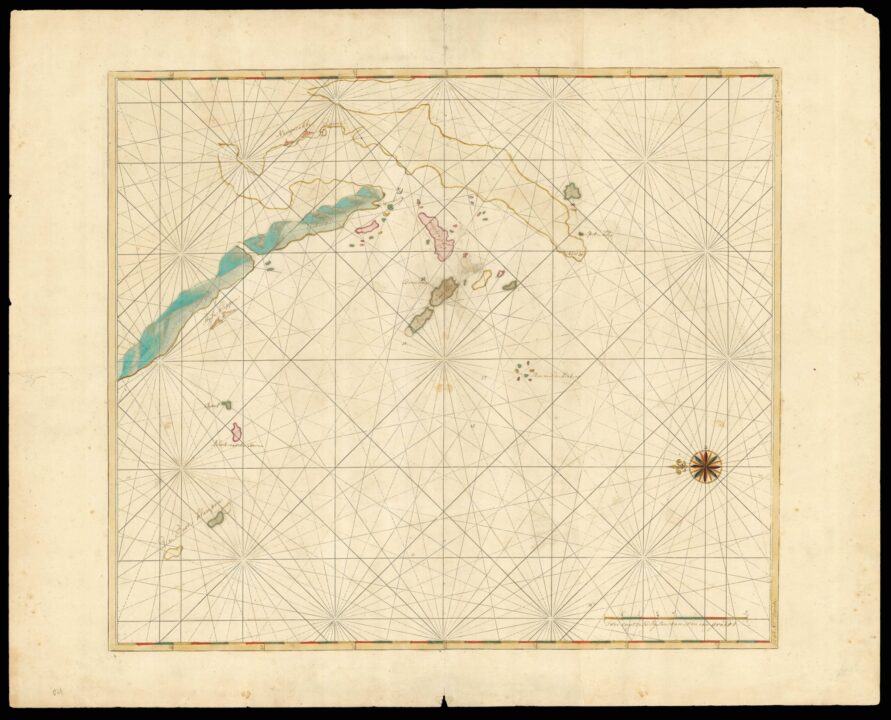