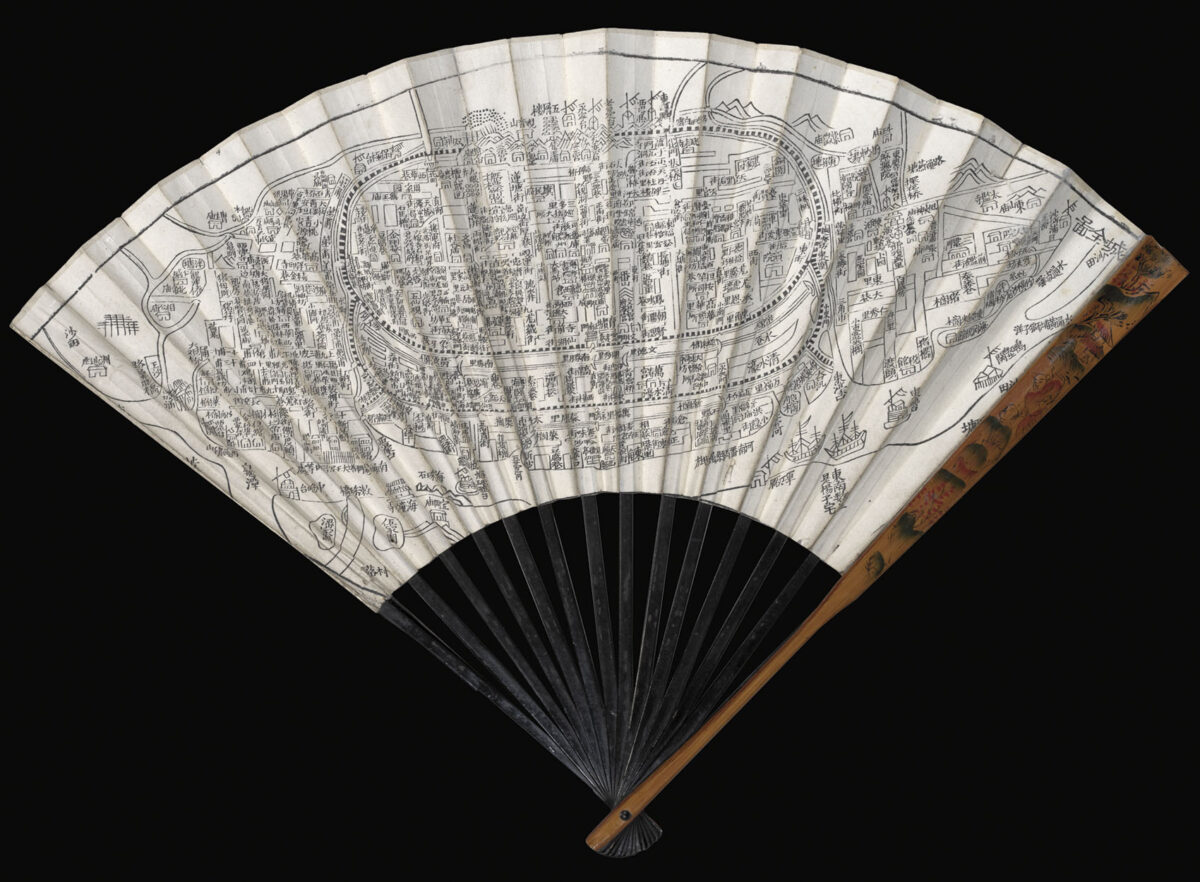 A rare Chinese fan depicting the provincial city of Guangdong province, which is now part of Guangzhou city. Guangzhoufu 廣州府 (Guangzhou prefecture), is depicted at the centre encircled by city wall. The names of streets, bridges, temples, forts, rivers and mountains are marked in Chinese, and represented by two-dimensional diagrams.

Several famous sites can be identified on the map, for example, immediately below the middle of the top rim is depicted a pagoda and marked in Chinese: Wucenglou 五層樓 (Five-Storied Pagoda), which now is known as Zhenhailou 鎮海樓 (Sea-Guardian Building). It is located in Yuexiu Park, in central Guangzhou, and now houses the Guangzhou Museum. It was first built in 1380, at the beginning of the Ming dynasty, by the Yongjia Marquis Zhu Liangzu 朱亮祖. The tower is 92 feet (25 meters) in height, 102 feet (31 meters) in width and 52 feet (16 meters) in depth.

Above the lower rim to the left is a house with two floors, symbolising a temple marked as ​“海幢寺”. Haitongsi 海幢寺 is a Buddhist temple and monastery on Henan Island in Guangzhou. The official English form of the name is ​‘Hoi Tong Monastery’, a transcription of the Cantonese pronunciation of the Chinese translation of the Indian Buddhist monk Sāgaradhvaja. The monastery was first established as the Qianqiu千秋 Temple under the Southern Han, a tenth century Tang successor state whose capital was at Xingwang (now Guangzhou). The walled city lay north of the Pearl River, while Henan Island and the monastery lay to its south. By the end of the Ming, the temple operated within the private garden of Guo Longyue 郭龙岳, who was responsible for renaming it after the Buddhist monk Sāgaradhvaja. The temple complex was particularly important to foreign visitors as it was one of the few locations in Guangzhou (Canton) open to them before the First Opium War. 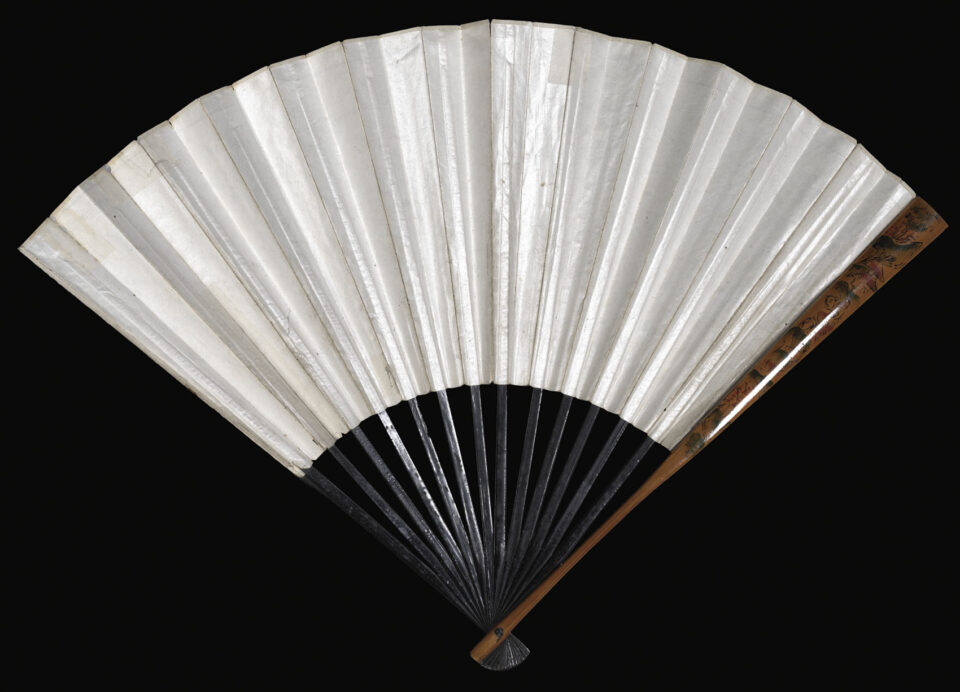