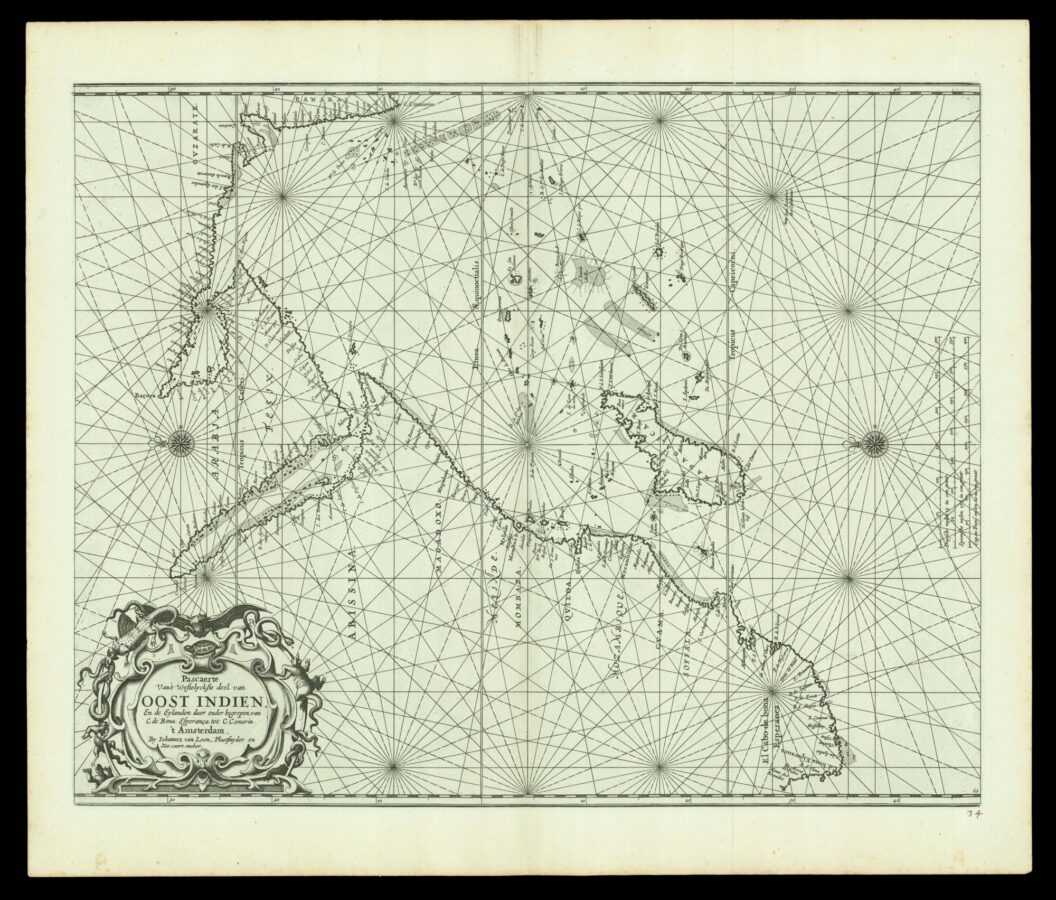 A rare chart of the East Indies

A chart of the East Indies from van Loon’s ​‘Zee-Atlas’.

Johannes van Loon (1611–1686) ​“was an accomplished mathematician and astronomer. His earliest cartographic works were with Theunisz Jacobs in the 1640s. From 1650 he worked with Joannes Janssonius, engraving amongst other works the plates for his celestial atlas by Cellarius, 1660. In 1661, he published his first work with this brother, Gilles; the ​‘Zee Atlas’ containing thirty-five maps. In 1666 the plates were sold to Jan Jansson van Waesberge, with whom he then co-published the atlas. This edition was expanded to forty-seven maps, and by 1676 there were fifty” (Burden).