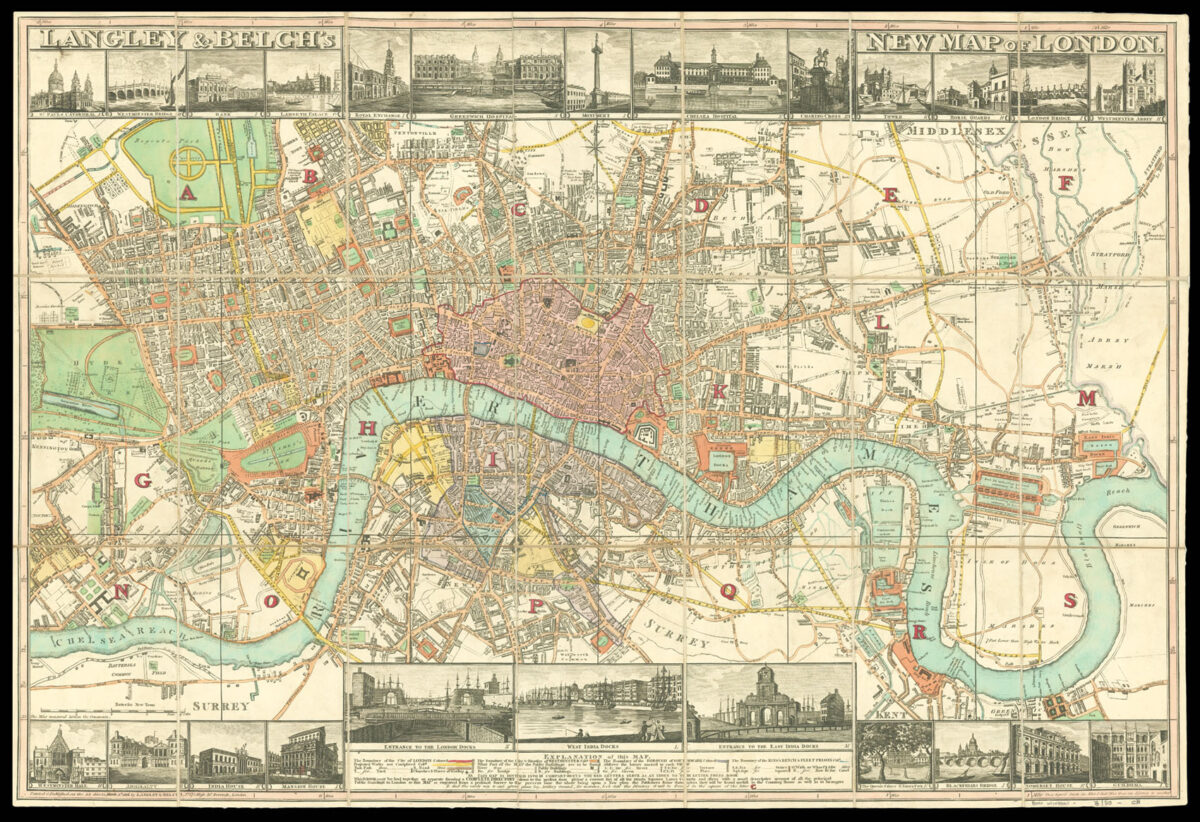 The companion to the map lists and guides through the streets, squares, lanes, courts and alleys in London. There is an Index of the wharfs and stairs, which appears for the first time in a directory. A short description of the public buildings adorning the map and many others worthy of notice, with a list of all the principal daily ​“Fashionable Amusements”.