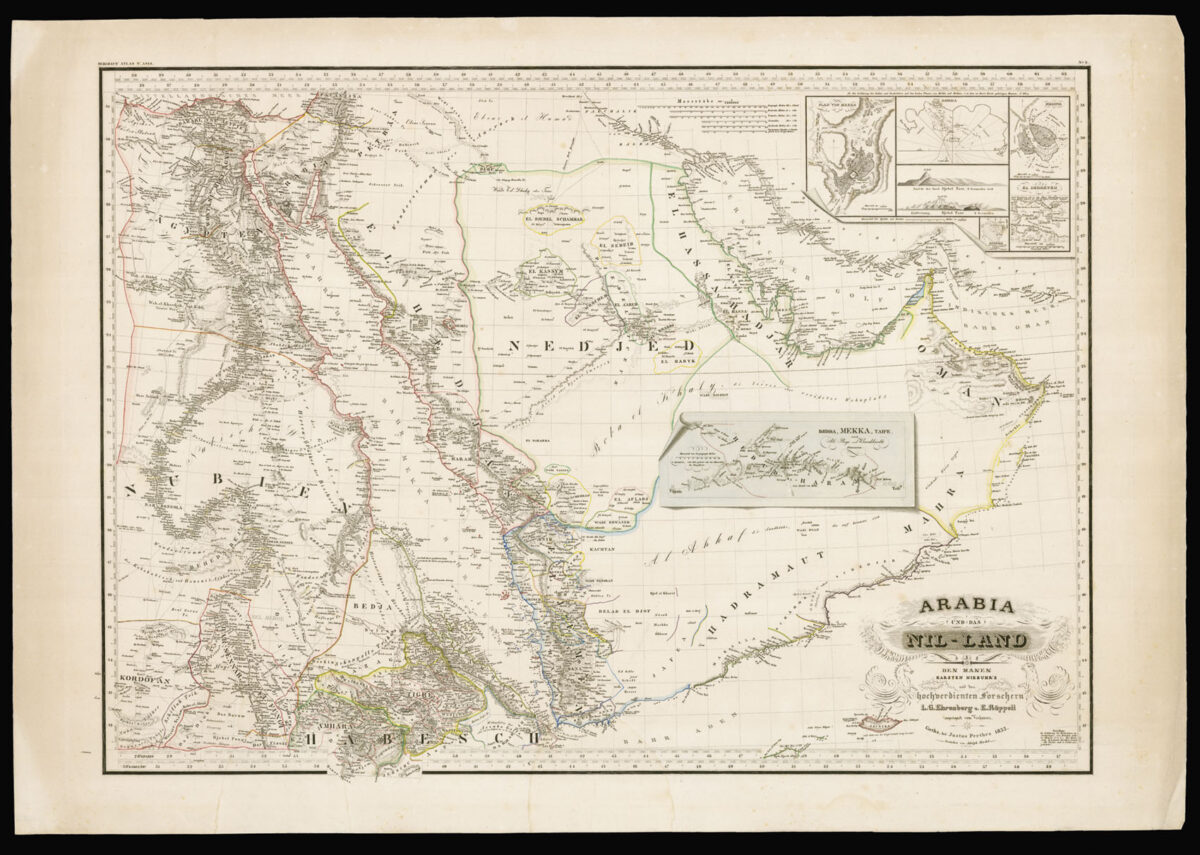 A rare and detailed map of Arabia

The map was compiled by L.G. Ehrenberg and Eduard Rüppell; Rüppell (1794–1884) was the first European explorer to reach the Gulf of Aquaba. Ehrenberg and Rüppell also drew on the work of Carsten Niebuhr, who is mentioned in the title. Niebuhr (1733–1815) was a German cartographer and explorer, who was invited to participate in the Royal Danish Arabia Expedition, which left in 1761. The party travelled from Istanbul to Yemen and then India, returning through Iran and Afghanistan. Niebuhr was the only scientific member of the expedition to survive, and returned with numerous town plans, sea charts and maps that he had made.

The map has a trompe-l’oeil addition in the centre showing the caravan route for pilgrims from Jeddah to Mecca, and then on to Taife.