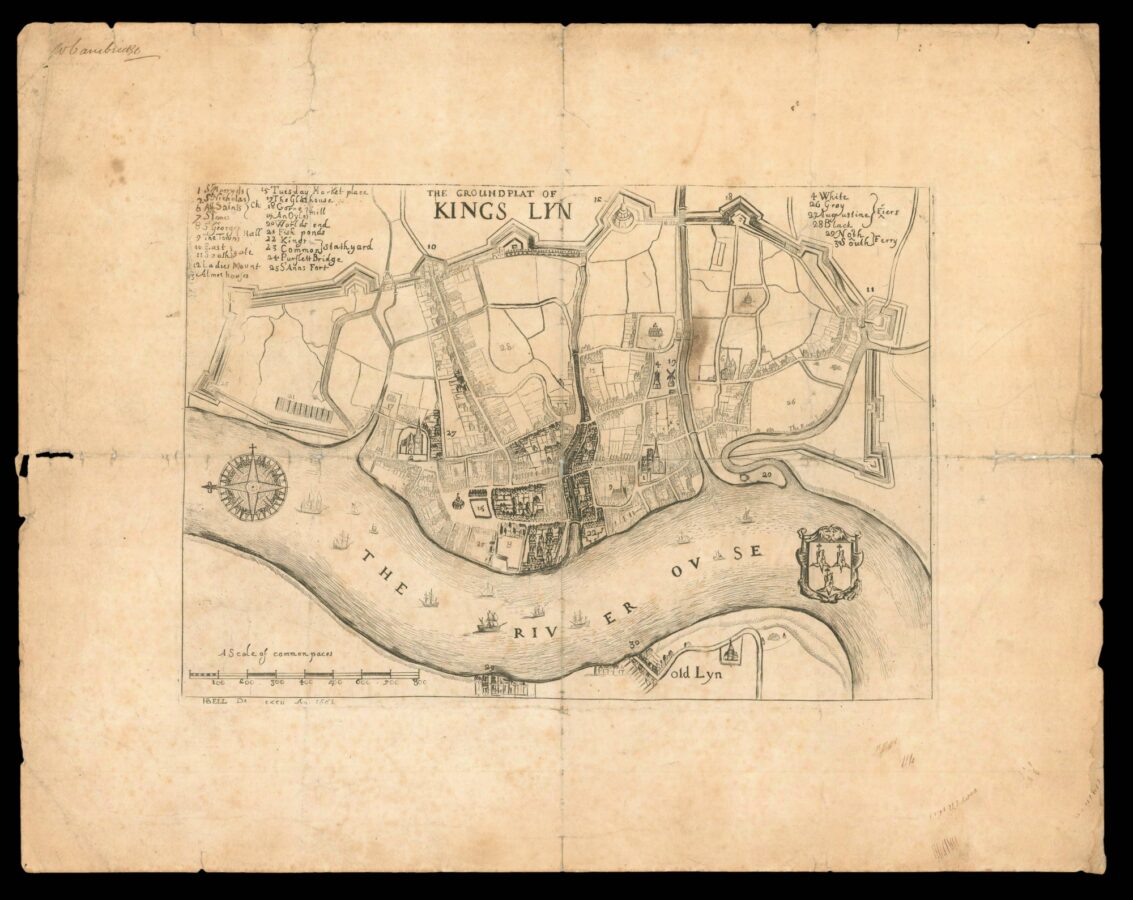 A Plat of King’s Lyn

The Groundplat of King’s Lyn.

Rare seventeenth century plan of King’s Lynn showing the town landmarks printed on paper of the early nineteenth century.
The plan is oriented with the north towards the left. It shows the walls of the city on the east side of the town and the river Ouse and the Old Lyn on the west. The plan includes a numerical table at top left, indicating the main sites of the town, such as churches, city gates, the Tuesday market place, mills, fish ponds, bridges, forts, friaries and ferries. Some of the names and numbers in the plan were manually added in brown ink. It includes the scale of commonplaces on lower left corner as well as a coat of arms on the right. It is highly detailed, including accurate representations of some of the city main buildings, such as Saint Nicholas’ Church (number 2).
It includes the author’s signature and year at bottom left (HBell, De Excu An. 1561). Henry Bell (1647–1711), was born at Lynn to a family of mercers. His father, Alderman Henry Bell, served twice as the major of the town (1658 and 1670), indicating the family status in the merchant community of Lynn. He worked as an architect, travelling extensively in Europe in his youth and designed several buildings for Lynn, among them, the Customs House (1683). Bell’s dates of birth and death however have been wrongfully stated ever since his monument was accidentally destroyed in 1741. Therefore, the date shown in the plan could have been mistakenly added in the nineteenth century onto the earlier original plate. We have been able to find one example of Henry Bell’s Groundplat of King’s Lynn at the British Library and one example at auction in the past twenty years.