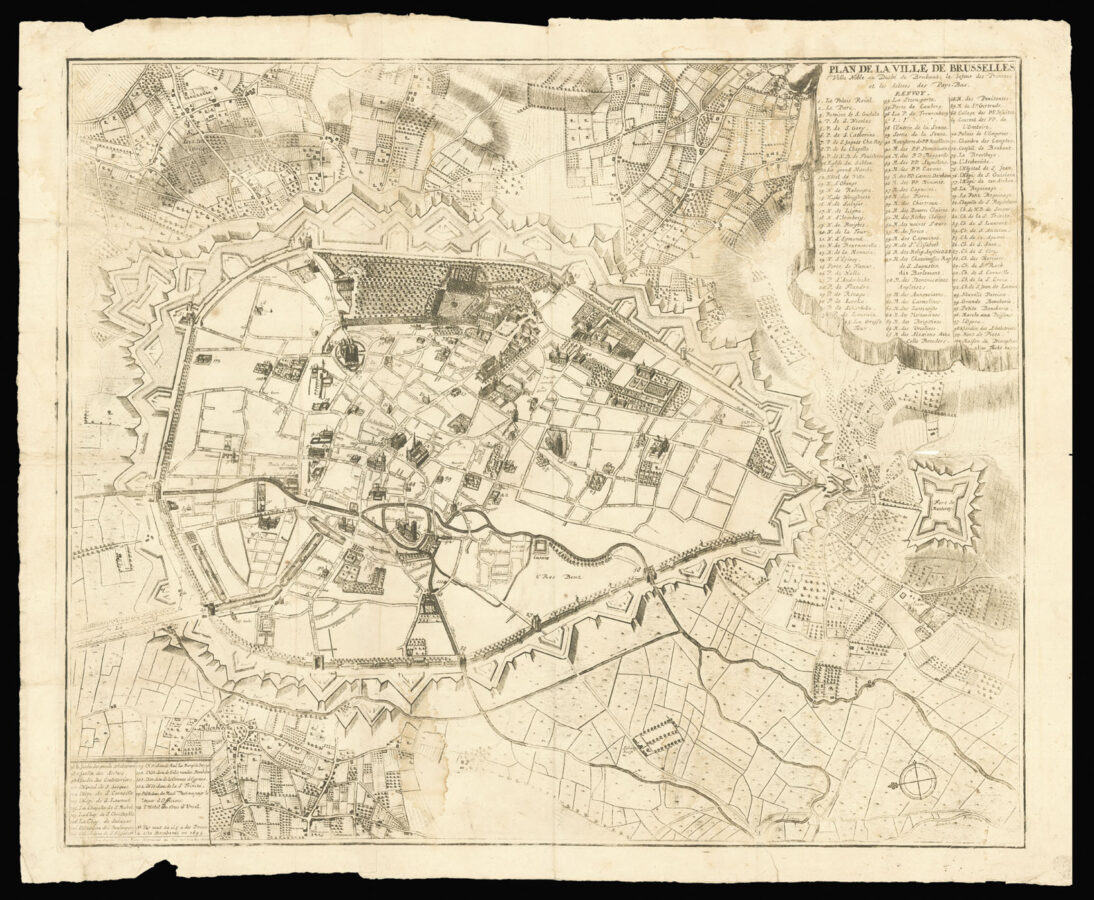 A plan of Bruxelles and part of its environs

The map is finely detailed: the main buildings are represented in birds-eye view, including city gates, houses, churches, schools; the roads and squares are individually named, providing a very exhaustive description of the city. On the Eastern part is the Emperor’s Palace with the park on its back; outside the fortifications is the Monterey Fort, built between 1672 and 1675 and named after the Spanish count responsible for modernising the city’s defences. The river Zenne flows through the city and it also follows the ditch around the Westernmost fortifications. There is a reference to the French Bombardment of 1695 in the lower left key.

Eugène Henry Fricx was a bookseller and publisher active in Bruxelles. In 1712 he published his first atlas entitled ​‘Table des cartes des Pays Bas et des frontières de France’, which comprised of 23 maps that together formed a very large map of the Netherlands, as well as town and battle plans of the War of Spanish Succession.

Most other examples on the market list 112 names; the present one adds the house of the Duke d’Ursel, most likely Conrad-Albert, who was the first in his family to be named Duke, in 1717–1730.