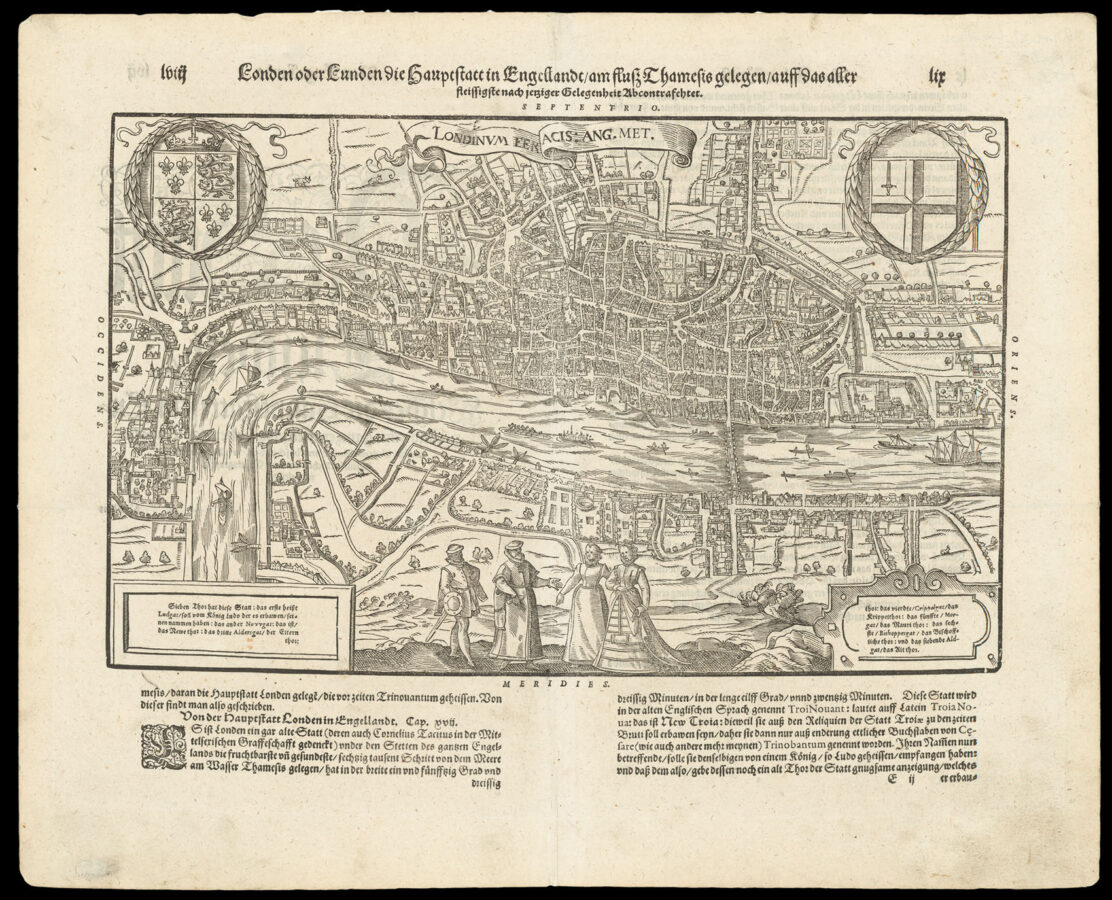 A plan from Sebastian Münster’s ​‘Cosmographia’

This map first appeared in the 1598 edition of Sebastian Münster’s ​‘Cosmographia’. It is based upon Braun and Hogenberg’s map of the city published in 1572. The title is on a swallow-tailed banderole above the map, and is flanked by the royal and City coats-of-arms. Below the map are four figures, copied from Hogenberg’s original, flanked by two blocks of descriptive text.

Münster’s ​‘Cosmographia’, first published in 1544, was one of the earliest histories of the world. It was hugely successful, running into numerous editions throughout the sixteenth and early seventeenth centuries in Latin, French, German, and English.