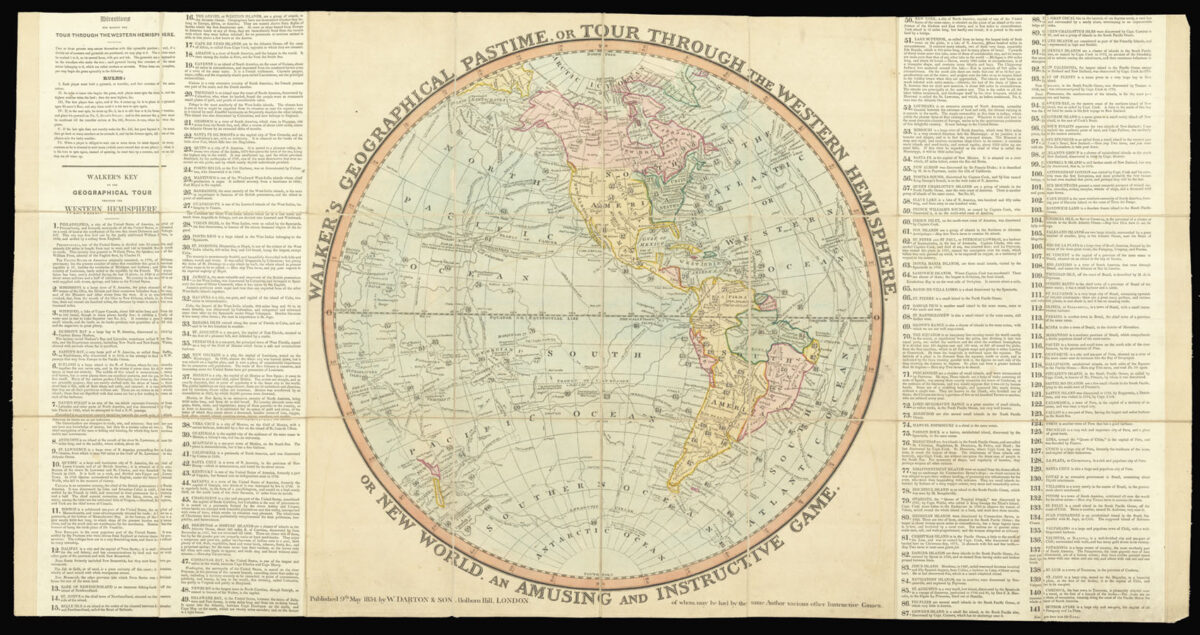 The player begins his journey of the eastern hemisphere in Ireland, travelling through Europe, then on through Asia to China, the East Indies, and Australia. The player then crosses the Indian Ocean and visits the east coast of Africa, the Indian Subcontinent, and the Middle East, where the traveller visits Mecca, whose temple is said to ​“resemble the Royal Exchange in shape, but is nearly ten times as large”. After visiting the over sized royal exchange, the player heads for Africa, ending his travels and winning the game, in Sierra Leone. Although the last line suggests not to be over enthusiastic in celebration: ​“Pray bear your victory modestly and moderately for now”.

Along the way the player is told many fascinating and unusual details about the places he or she visits. By far the the longest description is left for the The Sandwich Islands (Hawaiian Islands) where ​“the amiable, the enterprising, the ingenious and excellent Captain Cook was murdered!” . After a brief introduction regarding the islands and its inhabitants, in which the women are described as ​“commonly ill-made, with coarse features, a gloomy air, and are besides rude, sluggish and awkward in their manners”, the text goes on to deal with the death of Captain Cook at great length. However, the text ends on an upbeat note: ​“notwithstanding the fatal affair above recorded, the natives are acknowledged to be the most mild and affectionate disposition, and in hospitality to strangers are not exceeded even by the inhabitants of the Friendly Islands”. 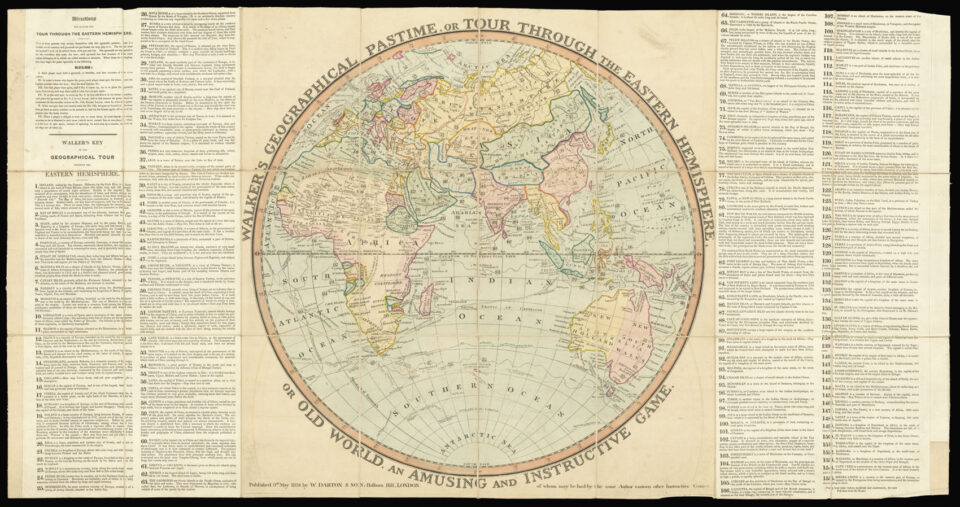