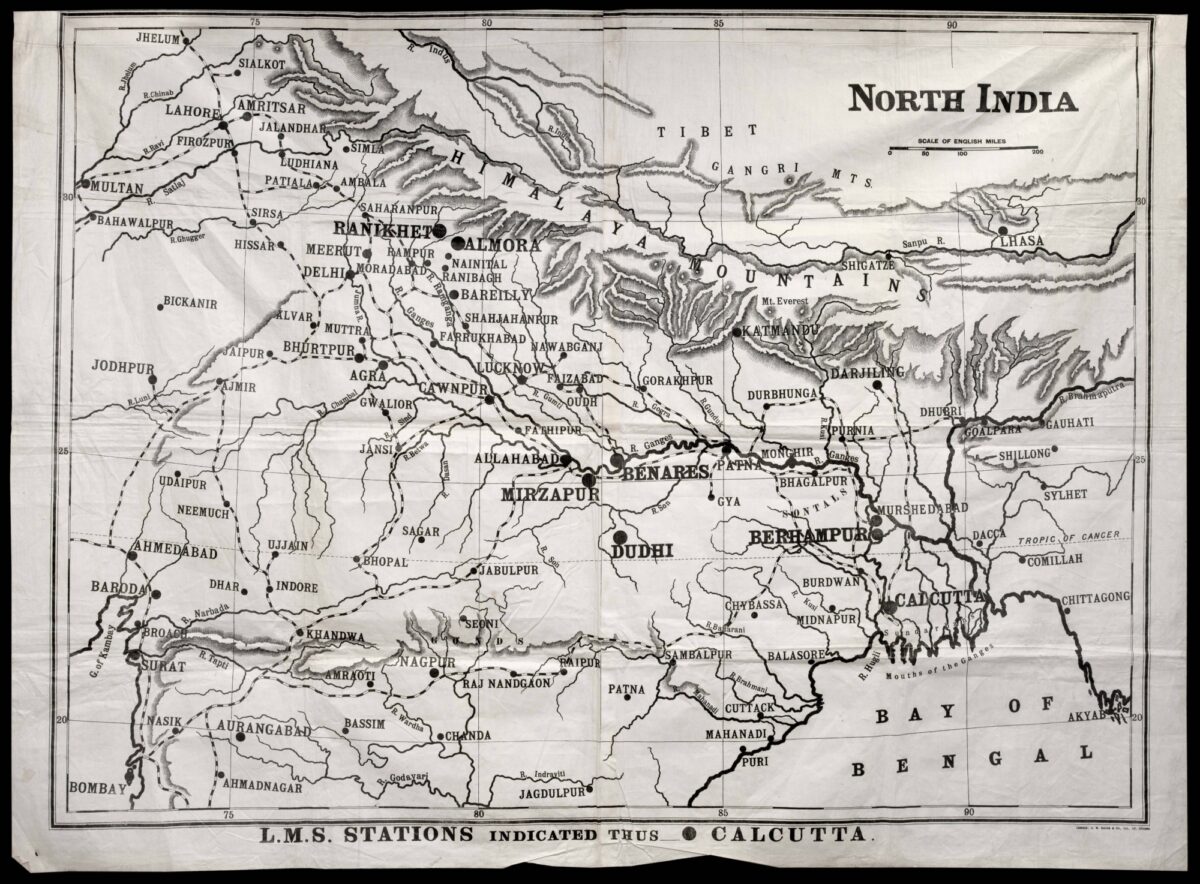 A pair of large London Missionary Society Maps of India

[Pair of maps of India] North India [and] South India.

All major cities are marked together the London Missionary Society’s (L.M.S.) stations. Topographical features include rivers, and mountains. The text to the foot of each map implies the main role of these maps was to provide a survey of the L.M.S. stations in India. The cloth cloth loops at the top of each map, show that they were intended to be hung on a wall, of most probably a classroom or an office of the L.M.S.

George Washington Bacon (1830–1922) was an American publisher working in Britain. His first business failed and he declared bankruptcy in 1867, but reopened on the Strand in 1870 and built his house into one of the most successful in London. In 1893 it was doing well enough to acquire the stock of James Wyld. He retired as managing director of the business in 1912, but remained director until his death in 1922. 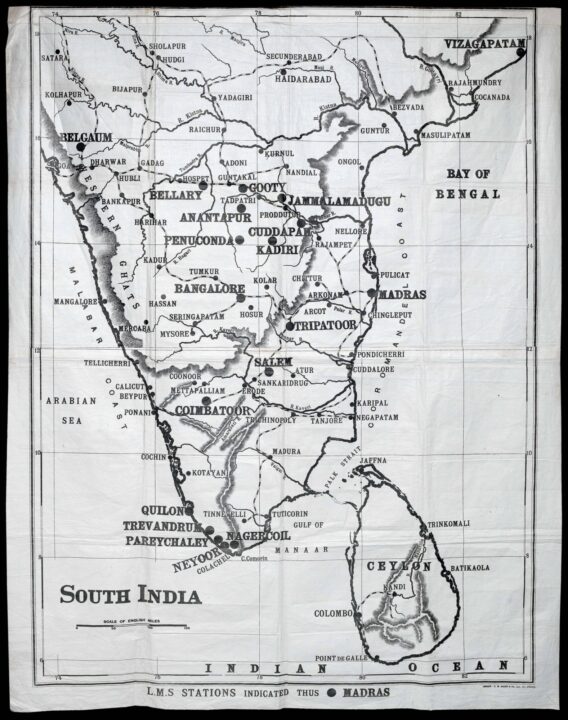