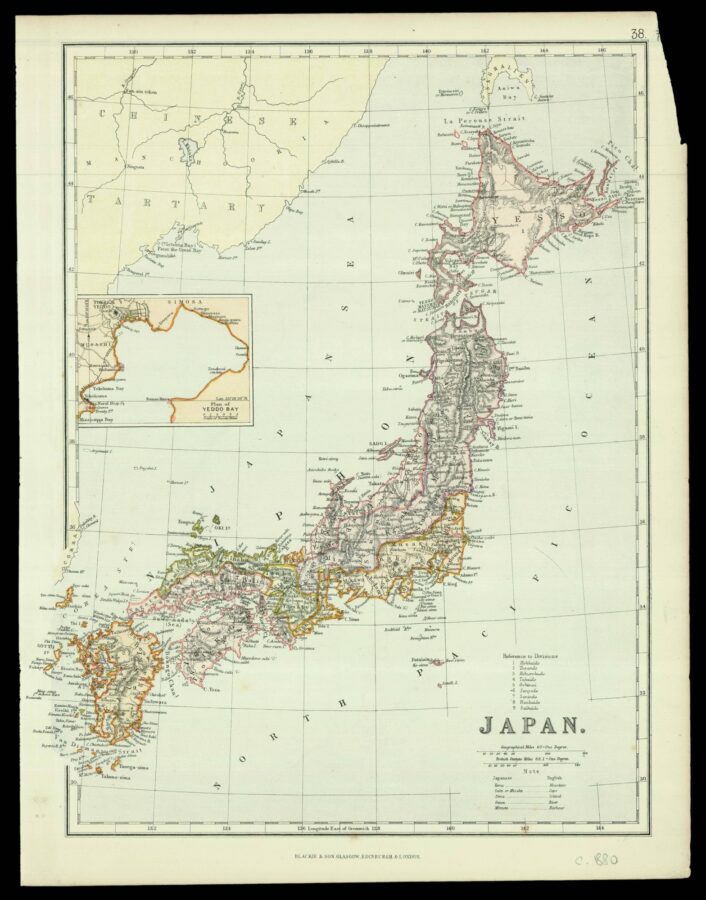 A map of Japan from the ​‘Imperial Atlas’

A map of Japan, from the ​‘Imperial Atlas’. A table below the scale bar provides the English translation of Japanese geographical terms.

Blackie and Son was a publishing house based in Glasgow and London from 1890 to 1991. The ​‘Imperial Atlas’ was a political atlas published in multiple editions.

Edward Weller (1819–1884) was a British engraver and cartographer, and pioneered the production of lithographed maps.