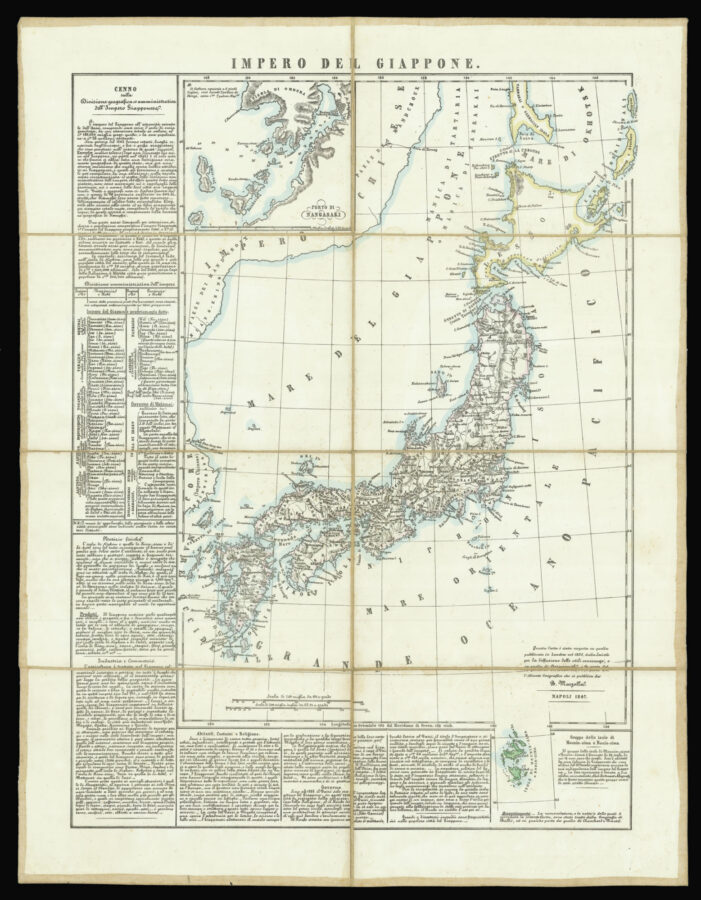 A map of Japan from Benedetto Marzolla’s ​‘Atlante geografico’

By MARZOLLA, Benedetto after the Society for the Diffusion of Useful Knowledge and ARROWSMITH, Aaron, 1847

A map of Japan from Benedetto Marzolla’s unusual and scarce atlas, the ​“Atlante geografico”. The note in the title cartouche acknowledges the debt of the mapmaker to both Aaron Arrowsmith and the Society for the Diffusion of Useful Knowledge.

Benedetto Marzolla (1801–1858) was an Italian soldier and cartographer. He was a lieutenant engineer in the Neapolitan army and ran his own lithography business. Each of the maps in his atlas, as here, is accompanied by extensive notes on the country shown and acknowledgements of the cartographers whose work he had used.