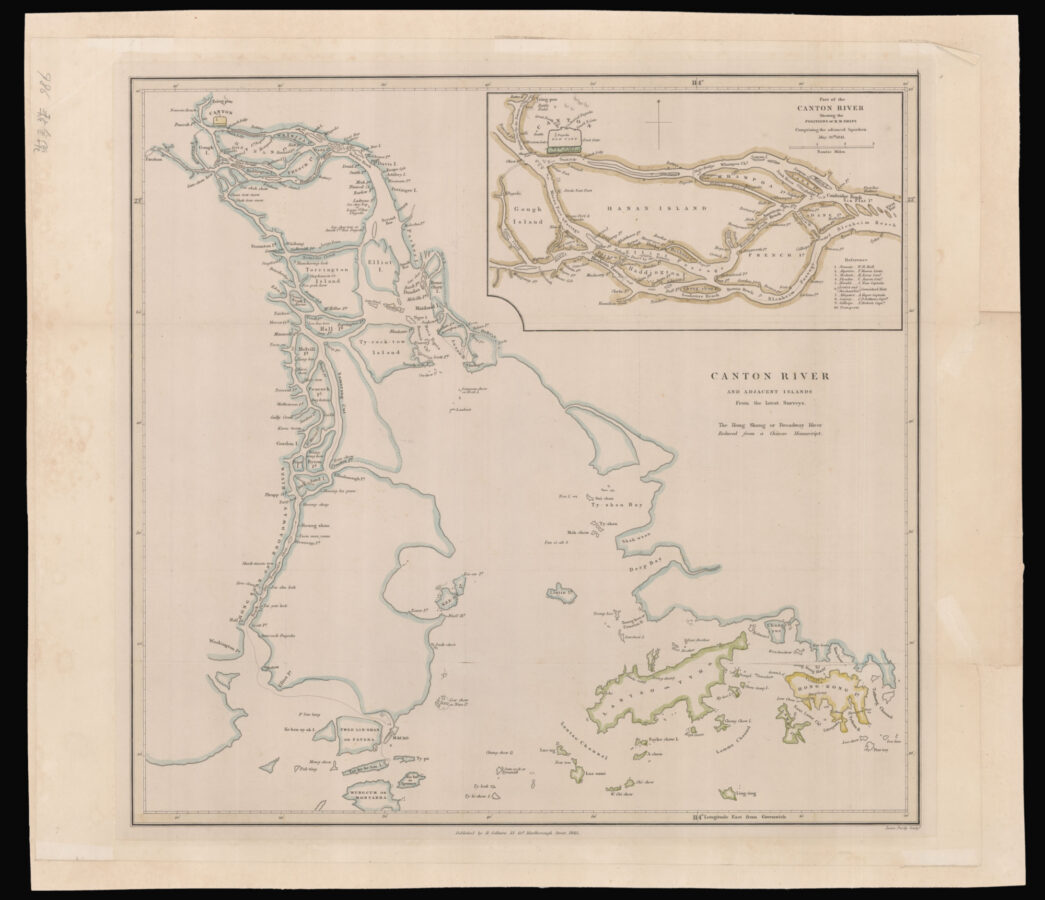 A map of Canton and Hong Kong by ​‘Nemesis Hall’

Canton River and adjacent islands from the latest surveys

A rare map showing the Canton region, including Hong Kong Island, Lantau and Macao.
In 1839, William Hutcheon Hall obtained command of an East Indiaman called the Nemesis, on board which he served in the First Anglo- Chinese War. The ship’s first engagement was in the Second Battle of Chuenpi in early 1841, which resulted in a resounding British victory. Along with his other naval achievements, this triumph won the captain the nickname of ​“Nemesis Hall” and he was promoted to the rank of Captain at the end of the war in 1842, when Hong Kong was ceded to Britain. Hall kept copious notes about his experiences in China, which were later used by Oxford graduate William Dallas Bernard to write an account of the war, entitled ​‘Narrative of the Voyages and Services of the Nemesis from 1840 to 1843’ (1844).
The present map is found in the second edition of Bernard’s book, published in 1845. Engraved by a little-known craftsman named Isaac Purdy, it is based on earlier surveys by Captains Horsburgh, Ross and Belcher of the British Admiralty, and updated with information gleaned from Hall’s journals. It shows Hong Kong Island, Lantau, Macao and numerous other islands, forts and settlements along what was then known as the Canton River, and is now more commonly called the Pearl River. The map also identifies the anchorages used by British ships in the nineteenth century, and the more detailed inset shows the position of Her Majesty’s squadron off the coast of Hanan Island in 1841. 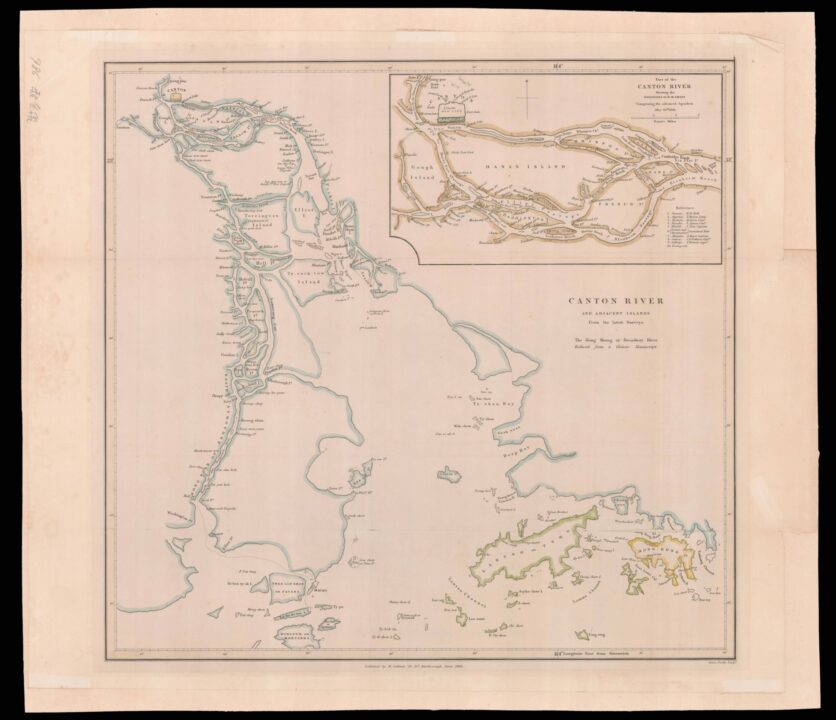