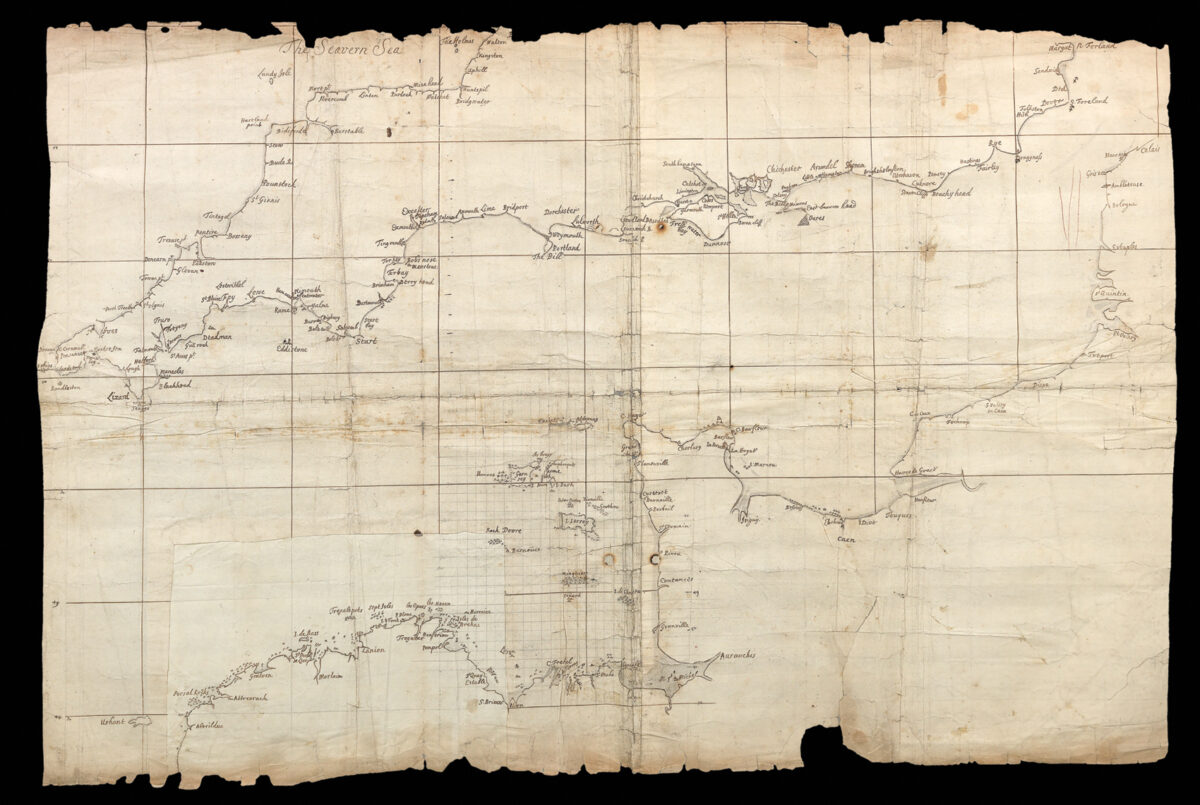 Manuscript chart of the Channel

A manuscript map of the English Channel by Sir Edmond Halley. Although unsigned, comparison with the handwriting in other manuscripts by Halley in the National Maritime Museum and Cambridge University Library (MS Add.3982) makes the attribution clear.

The Channel was a crucial trade route for Britain, but was ​“exceptionally hazardous”, with shifting sandbanks and fast, erratic currents. Maps of the area were both geographically and commercially useful, and Halley had been surveying the southern English coast and the coasts of France since the late seventeenth century (sometimes, it was alleged, as a spy on behalf of the British government). He is widely supposed to be the author of a 1701 pamphlet on the potential dangers of navigation in the Channel. He was also interested in the tidal effects caused by the movement of water from the deep Atlantic Ocean into the shallow Channel, and was allowed the use of HMS Paramore for the summer of 1701 to make a detailed study of the area. The expedition produced a tidal chart of the Channel in 1702; this was the first ever tidal chart of the open sea, and no one would attempt another for 150 years. Halley was, therefore, well acquainted with the area shown. This map was probably made around the same time as the tidal chart, considering the navigational detail included around the French shoreline. However, given its position in the Macclesfield collection alongside numerous celestial maps, it can be concluded that it was also used for a very different purpose: to provide the basis of the predictive chart Halley made for the 1715 eclipse.

A pioneer of predictive astronomy, Halley’s chart is arguably the first scientific predictive map of an eclipse. It showed the course of the solar eclipse of 22nd April, 1715, forecasting its passage over England and southern Scotland. The outline of the French and British coasts in the present map reappear, reduced and simplified, and a heavily shaded oval disk and track was added to represent the moon’s shadow. 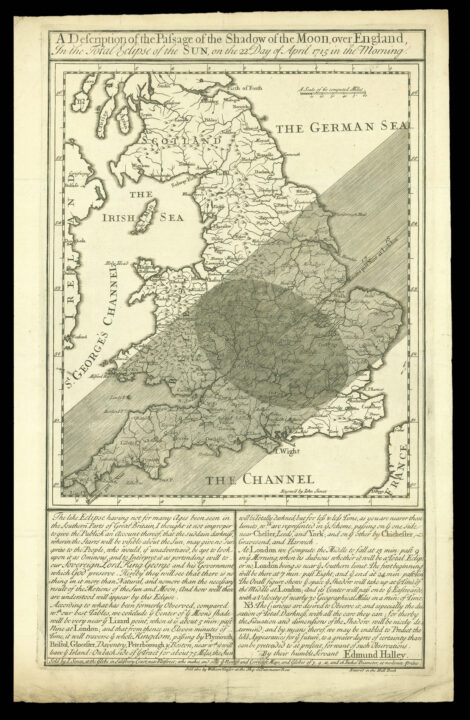 Edmond Halley 1715.
A Description of the Passage of the Shadow of the Moon, over England In the Total Eclipse of the SUN, on the 22nd Day of April 1715 in the Morning