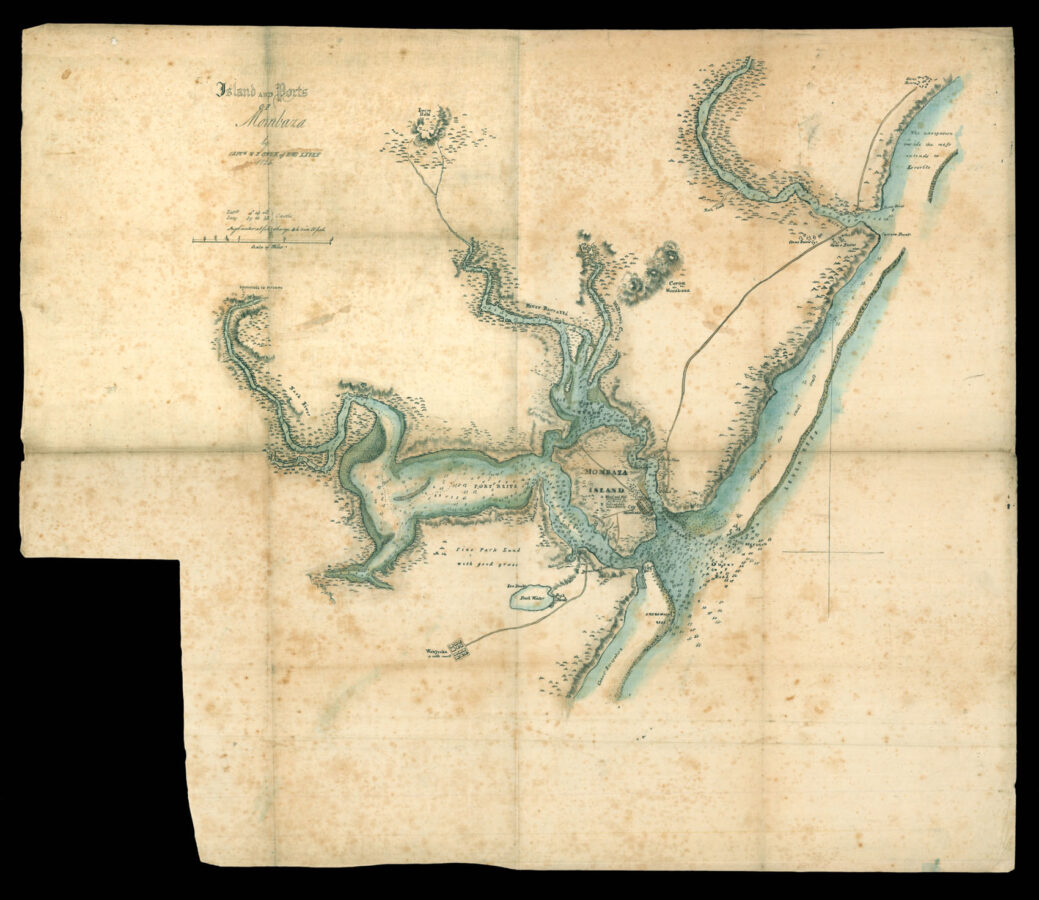 A manuscript chart of Mombasa

Island and ports of Monbaza.

Manuscript chart of the Mobasa.

The chart is signed by Captain William Fitzwilliam Owen, who had command of the survey ship, HMS Leven.

Owen had risen to prominence following his surveys of the Great Lakes. In August 1821, he was put in charge of the Leven, and in the company of the brig-sloop Barracouta, departed for Africa, with orders to map eastward from the Cape of Good Hope. Amending orders later extended the mission to include a survey of the entire east coast of Africa as well as southern Arabia, Madagascar, and several island groups in the Indian Ocean. On their return journey, long stretches of the west African coastline and the River Gambia were surveyed, several slave ships were apprehended and support was given to British forces in the First Anglo-Ashanti War. By the time she returned home late in 1826, 30,000 nautical miles (56,000 km) of coast had been surveyed and 83 charts prepared. However, this had been achieved at a terrible cost; half the crew of the two little ships had been killed by tropical diseases.

The chart — which was drawn up aboard ship — is superbly detailed with numerous soundings, anchorage points, shoals, rivers, roads, towns, and hills. The chart was published by the Admiralty in 1827.