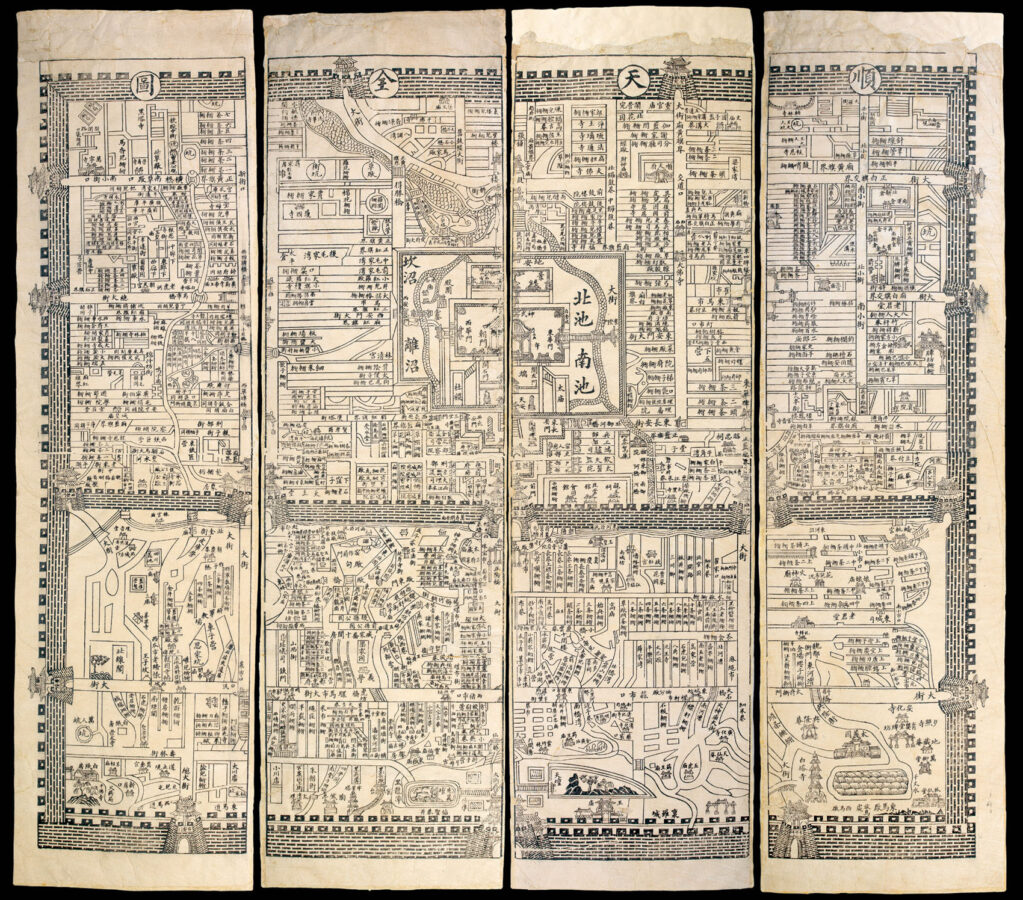 A large and detailed plan of eighteenth century Beijing

This Chinese diagrammatic map shows the inner and outer cities of the capital, including hutongs, temples, palaces, gardens, rivers, wells, bridges, and city gates all clearly labelled. The map is undated and is likely based on an earlier prototype, as is often with Chinese maps, and this one is probably based on one from the Ming Dynasty, as it does not show the Lama Temple (Yonghe Temple), which was started in 1694 and completed in the first half of the eighteenth century.
A recent publication by the National Library of China, Beijing in Ancient Maps (Beijing, 2010), documents similar, but smaller, or much smaller, maps of Beijing, e.g. ​‘Map of the Capital’ (pp.124–125), woodblock map (99 x 64cm.), Jiaqing Period (1796–1820), Qing Dynasty; and a ​‘Map of the capital with the Inner City’ (pp.170–171), lithograph (53 x 52.5cm.), about 1870.
This map is also similar to a couple of maps in the British Library, one of which, Maps 61520.(1), is dated by Li Xiaocong to between 1736 and 1820.

An almost identical plan, but with a different title and with differently cut Chinese characters, is in the MacLean Collection and illustrated in Cartographic Traditions in East Asian Maps (pp. 44–45). It is titled ​‘Jingshi xuntian [i.e. Shuntian] neiwai quantu’ (Complete Map of the Inner and Outer (Districts) of Xuntian (Prefecture) of the Metropolitan Area), the image measures 102 x 106cm., and the whole sheet 208 x 134cm.