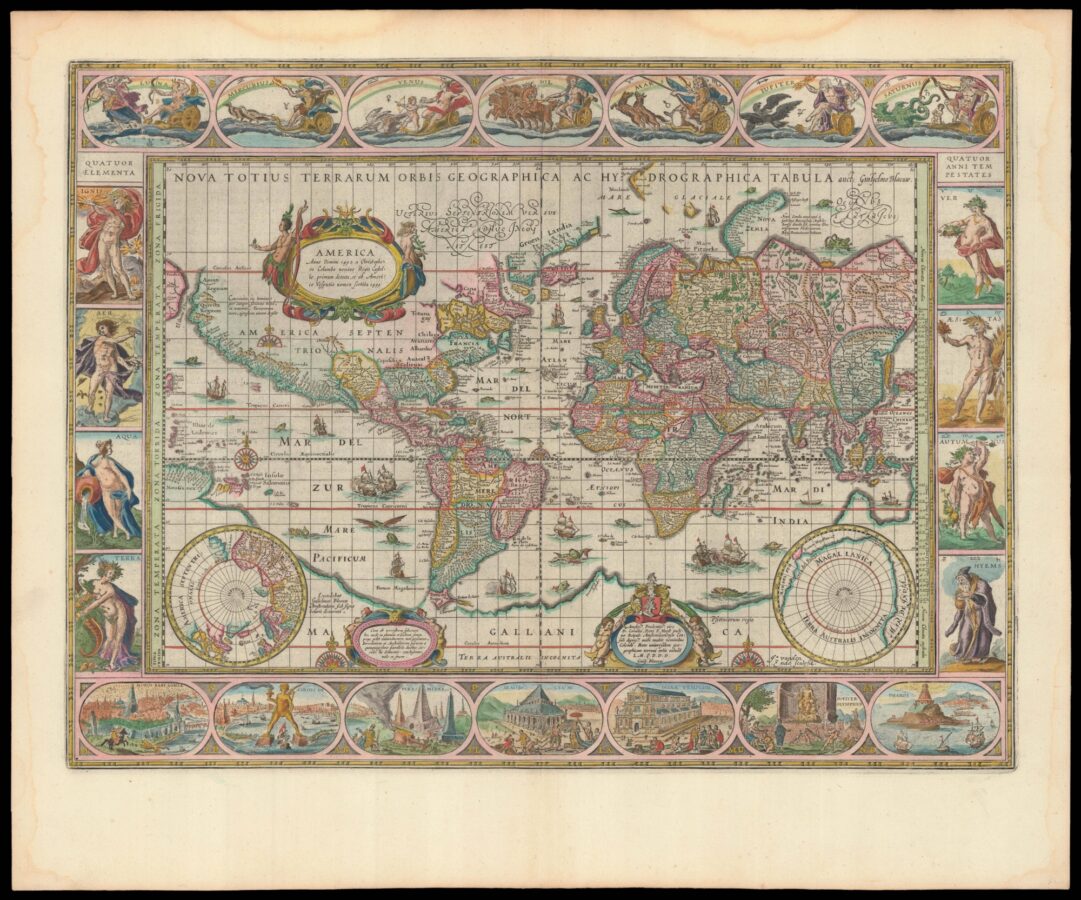 A fine set of Blaeu’s maps of the world and the four known continents.

The Blaeu family popularised the carte-a-figure style of cartography, surrounding their maps with borders showing the native inhabitants of the country and city views. The four continents are shown in this style, with a border of views of major cities at the top and couples wearing the costume of their region at the sides. The border of the world map contains personifications of the four elements and four seasons at the sides, views of the seven wonders of the ancient world at the bottom, and the planets personified as classical deities at the top.

In the world map, one of the earliest to use the Mercator projection, Blaeu has chosen not to show California as an island, as it often is on contemporary publications. He does, however, show North America separated from Asia by the mythical Strait of Anian. Much of North America remains blank and unexplored, with a cartouche placed strategically in the middle. There are two polar maps in the lower corners: the North Pole is left blank, showing the recent Dutch discovery of Novaya Zembla; the South Pole shows the mythical southern continent, Magellanica, thought to have been discovered by Magellan as he passed through the strait named after him. 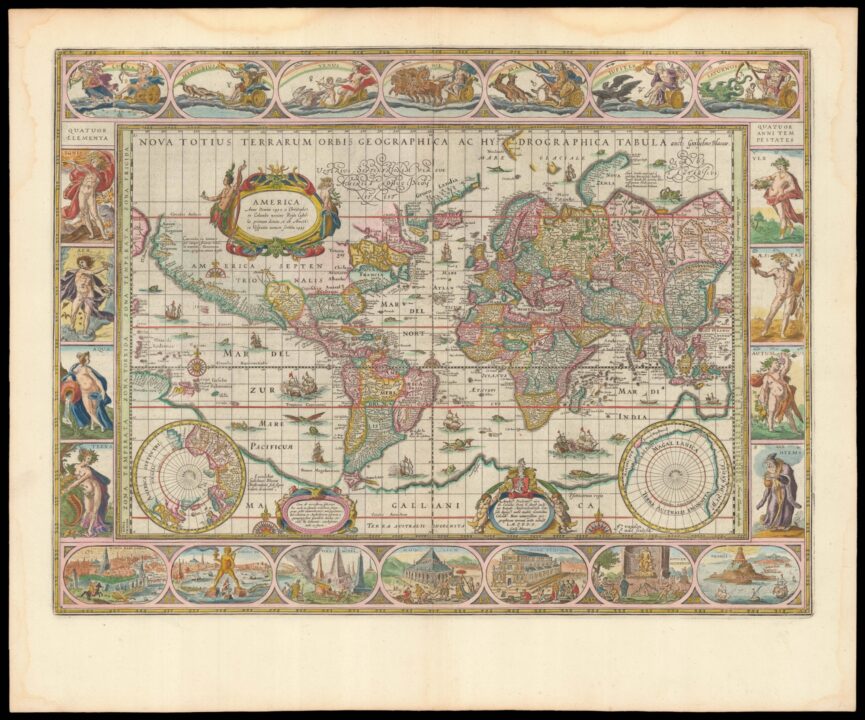 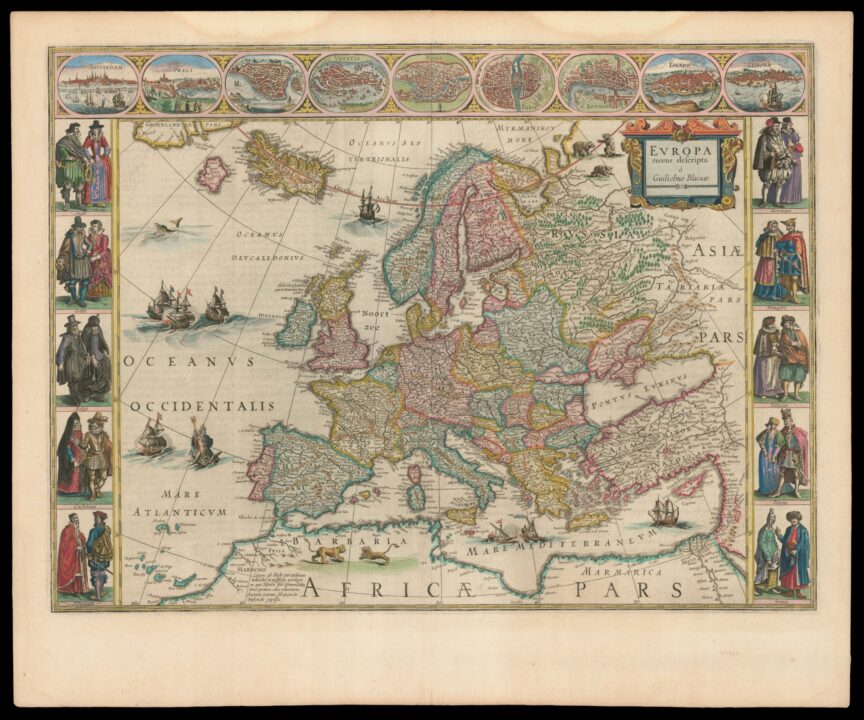 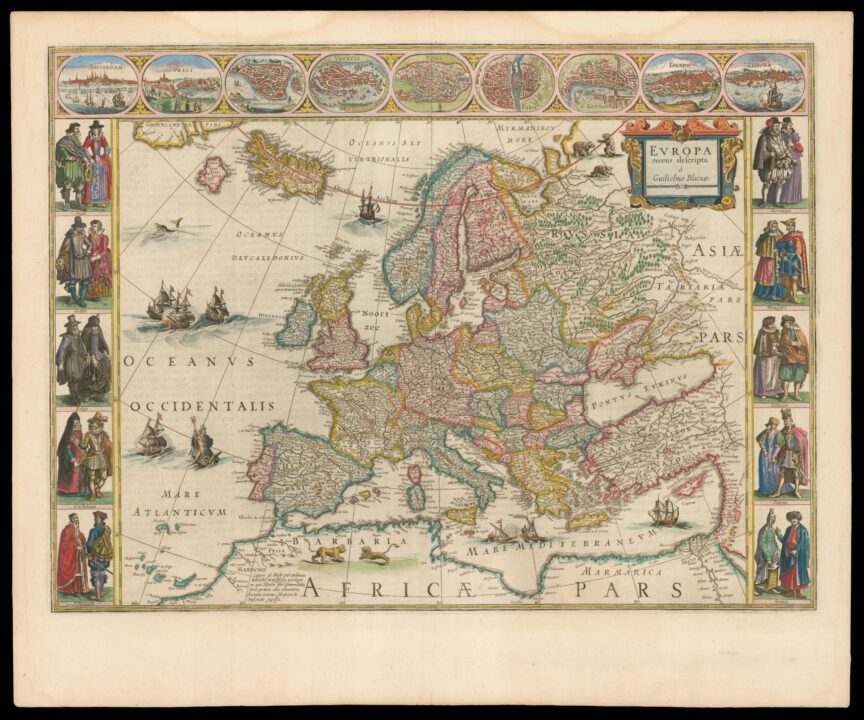 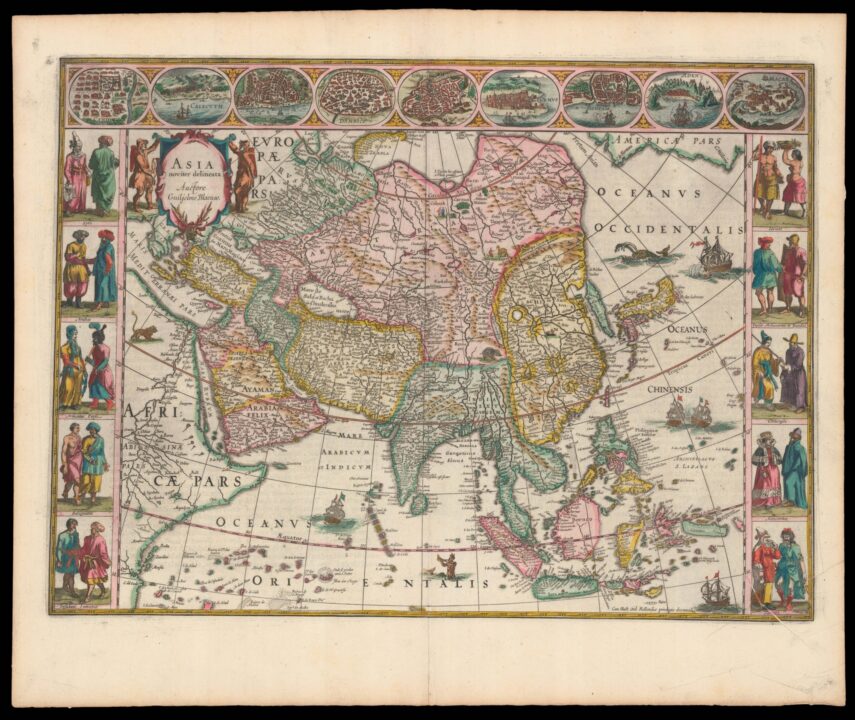 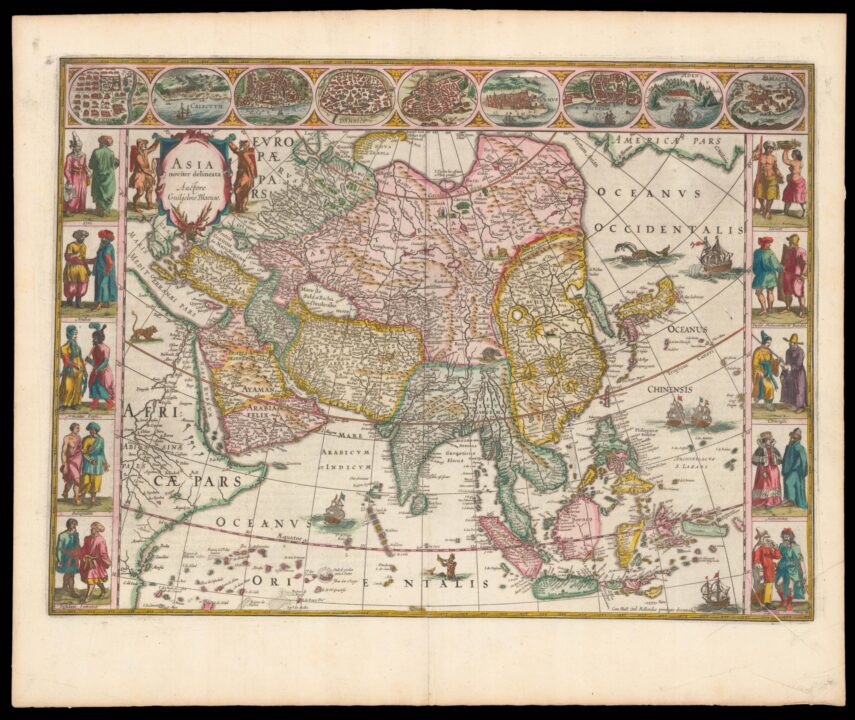 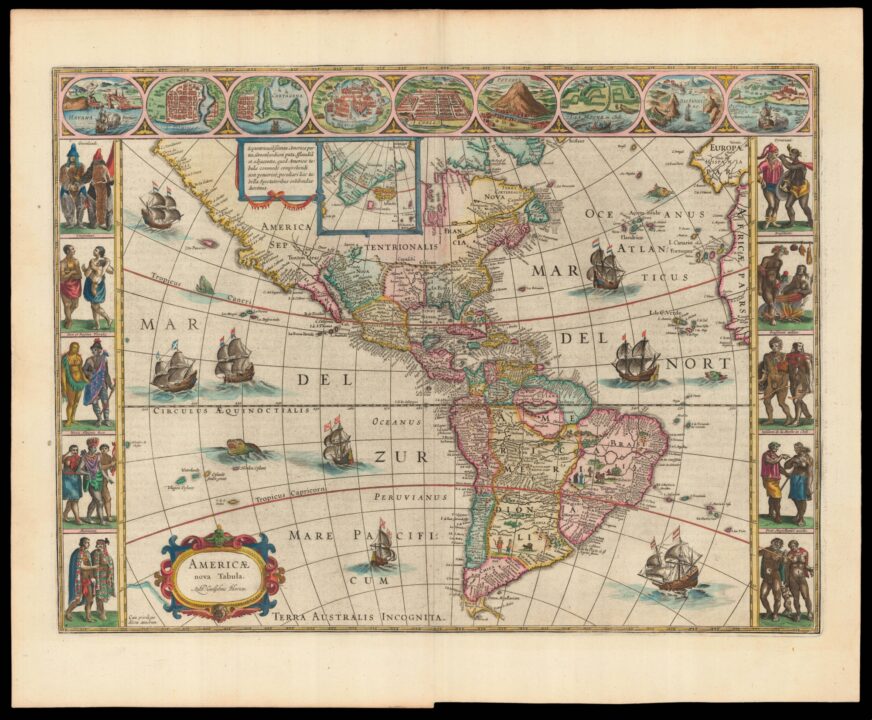 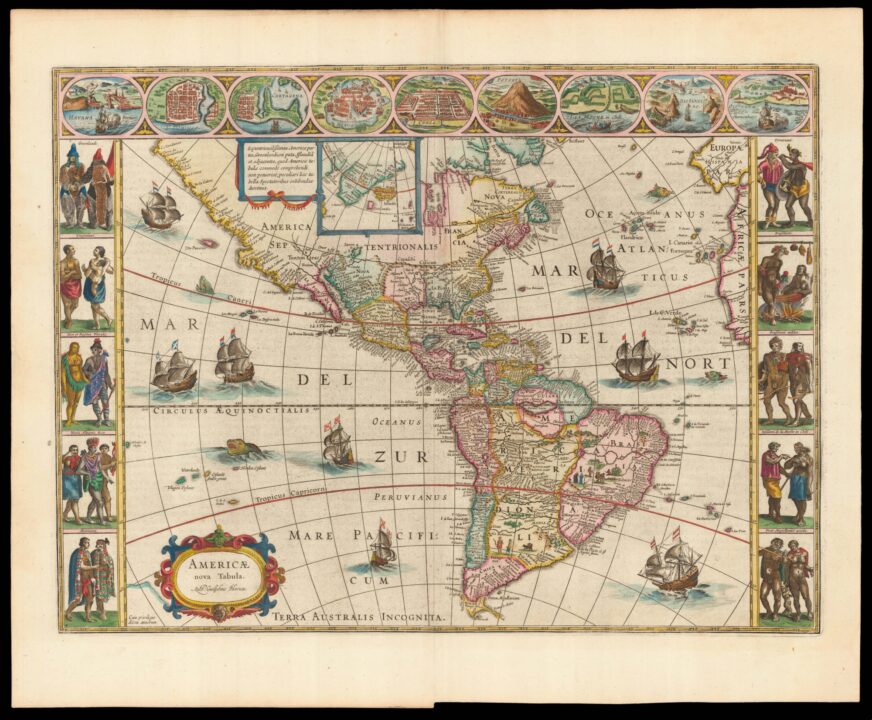 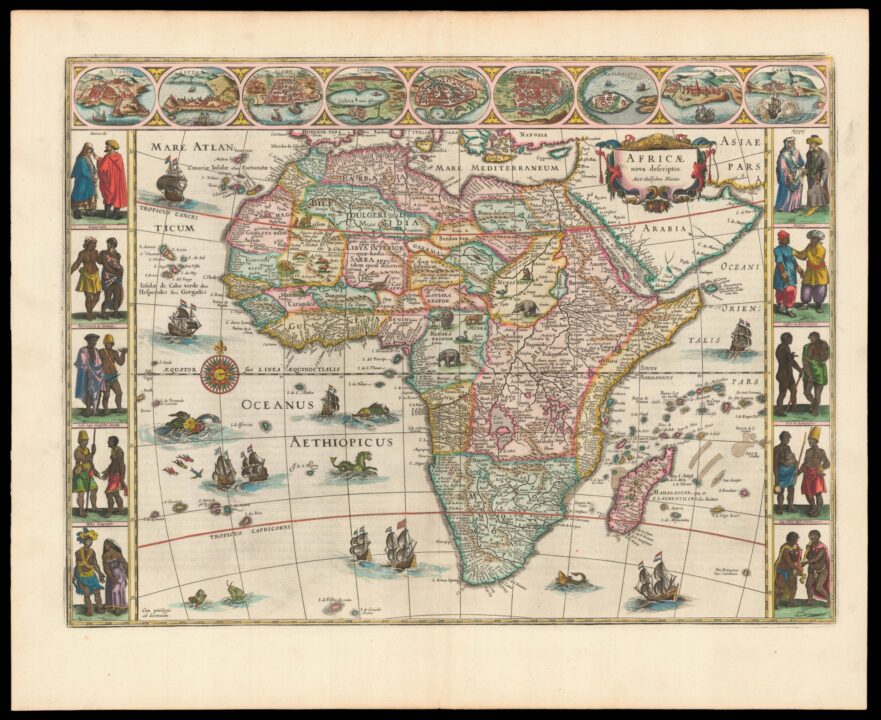 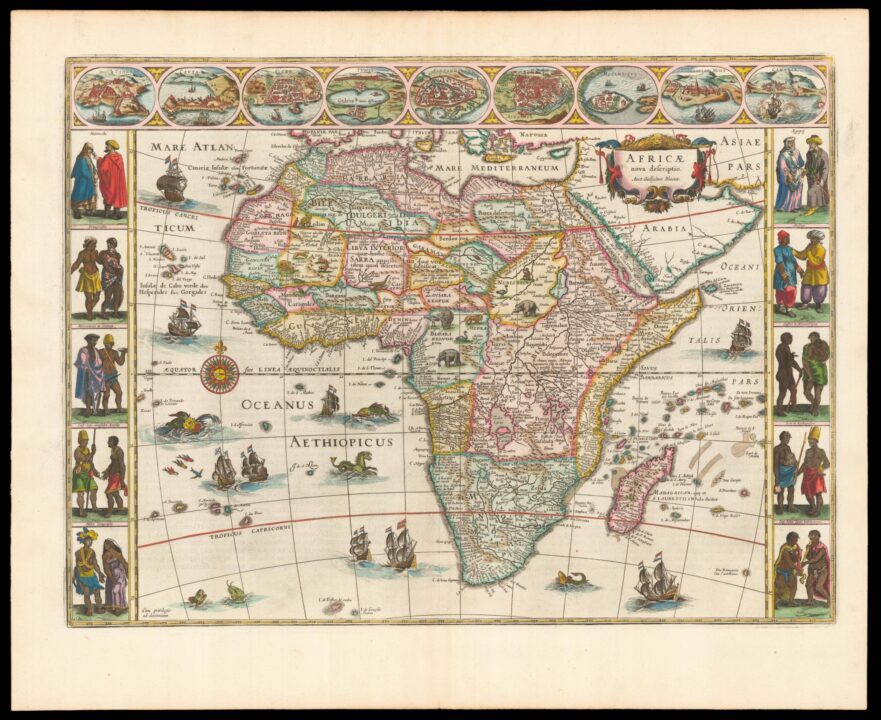 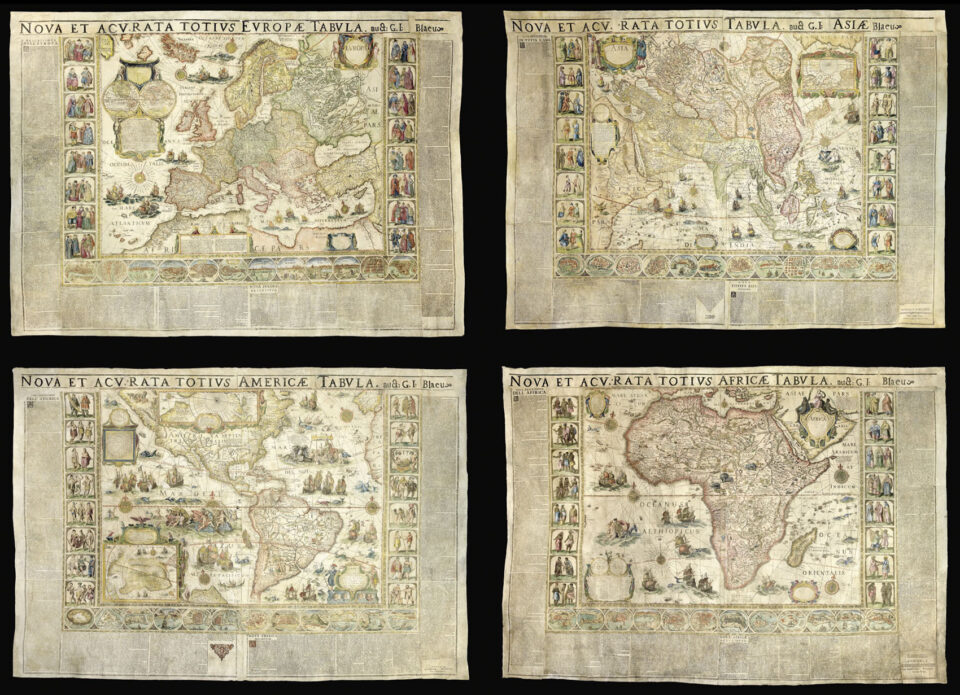 Willem Blaeu 1673.
[Set of the maps of the four continents].