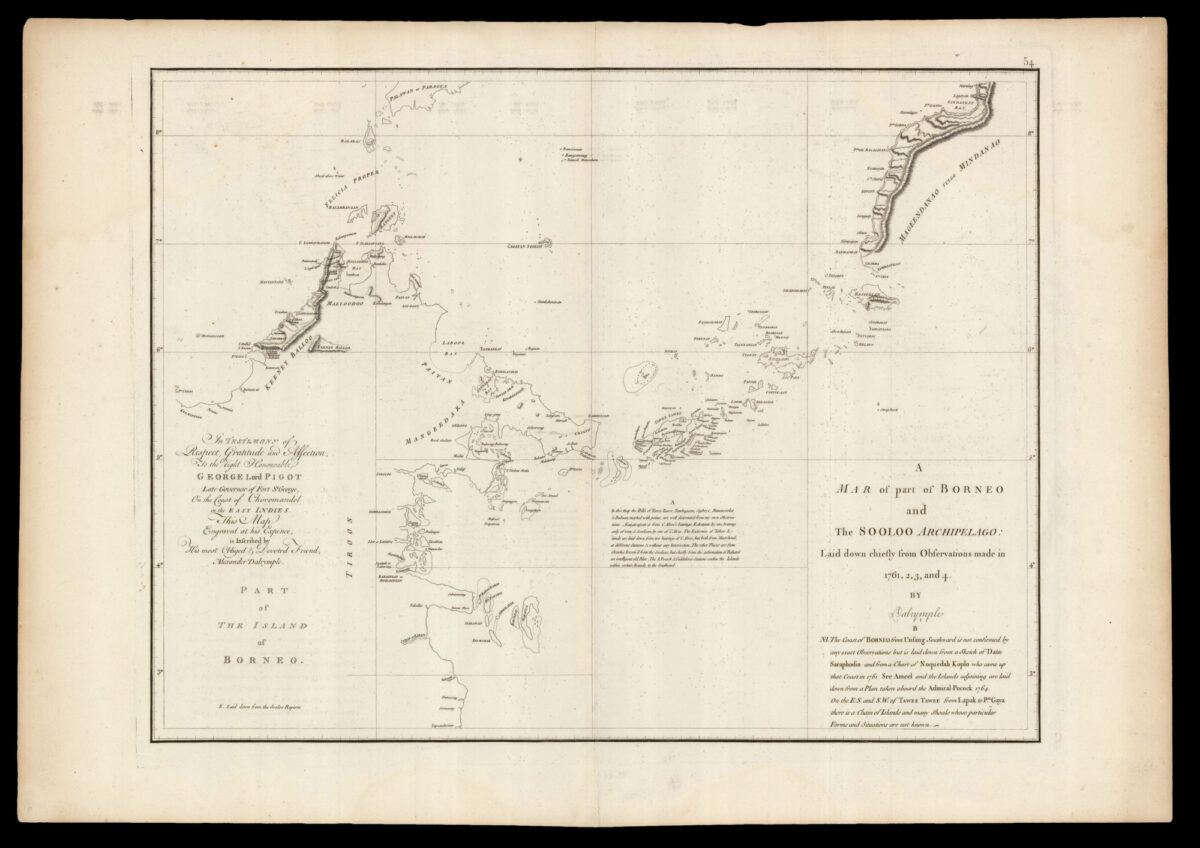 A Mar [sic] of part of Borneo and the Sooloo Archipelago: Laid down chiefly from Observations made in 1761, 2, 3, and 4.

A detailed chart of northeast Borneo and present-day Sulu Archipelago, the Philippines. The chart is dedicated by Dalrymple ​“to the Right Honourable George Lord Pigot Late Governor of Fort St. George, on the coast of Coromandel in the East Indies…” and “… engraved at his expense”. It was included in ​‘The East India Pilot: a collection of charts, maps and plans for navigation’, London, 1770; Dalrymple’s rare pilot ​‘General Introduction to the Charts and Memoirs’, 1772; and subsequently published in d’Apres de Mannevillette’s ​‘Le Neptune Oriental’. 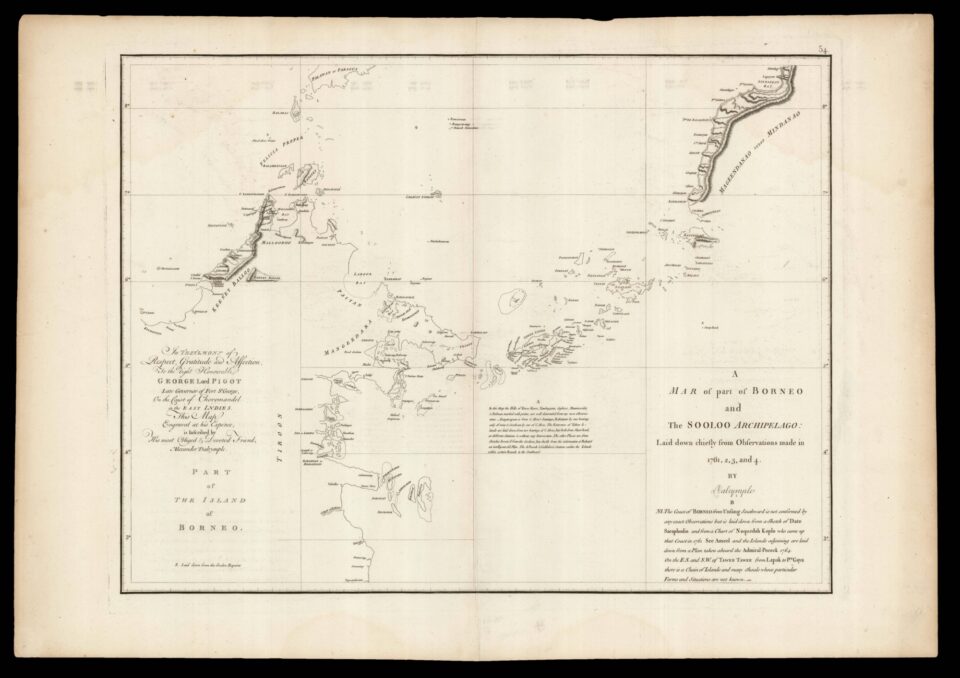 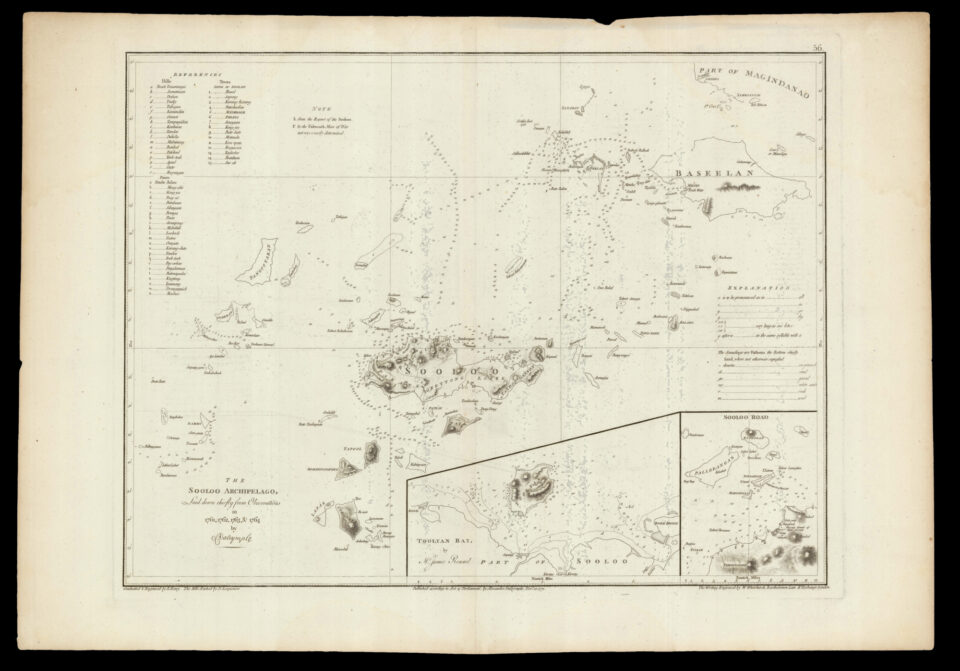